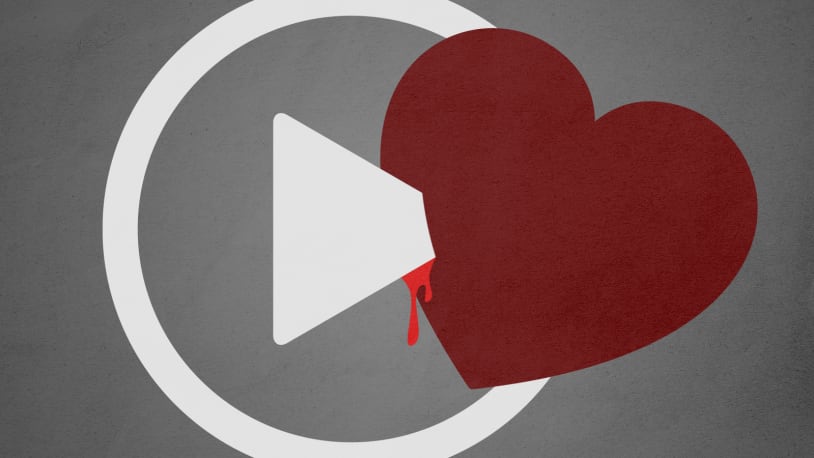 On my second date with my future wife, in one of those basement cocktail bars that are so ostentatiously cool that they don’t have a sign outside, we talked about what we had done on Valentine’s Day that year, which we had both spent alone. It turns out that we had chosen to spend the holiday watching the same iconic toxic relationship film. Our mutual adoration of anti-romance films launched a now decade-long tradition of going out for Chinese food and then watching a dark movie about dysfunctional relationships on America’s Hallmark holiday.

Lists like these should have rules, and ours is that the movie can’t just be about loving couples going through hard times — they have to depict people who are poison for one another and would be better off apart. Without further ado, here are 10 movies that prove love definitely does not always win.

Okay, so this was the movie in question. Director Mike Nichols’ 1966 adaptation of Edward Albee’s award-winning play is about an afterparty gone badly awry. Richard Burton and Elizabeth Taylor play George (a history professor) and Martha (the university president’s daughter), a miserable middle-aged couple who seem to take dark pleasure in hurling cutting invective at one another. One night, Martha invites a young biology professor named Nick (George Segal) and his wife Honey (Sandy Dennis) back to their house after a party, commencing a middle-of-the-night psychodrama that sees the bitter hosts gradually sucking their guests into their maelstrom of loathing and emotional abuse. “It isn’t the prettiest spectacle, seeing a couple of middle-aged types hacking away at each other, all red in the face and winded, missing half the time,” George says at one point to their unlucky guests. Things get progressively more unpleasant before George and Martha finally reveal their twisted secret to Nick and Honey.

Arguably one of the most upsetting films I’ve ever seen, Derek Cianfrance’s Blue Valentine has it all: a dead dog; wrenching, alcohol-drenched arguments; and a heartbroken child, all courtesy of the poisonous relationship between Dean (Ryan Gosling) and Cindy (Michelle Williams). The best word that I could describe the experience of watching this movie is “scarring.” Gosling and Williams are magnetic as two people who belong nowhere near each other, yet are drawn back to each other again and again in increasingly destructive ways. Early in their courtship, Dean tells Cindy, “In my experience, the prettier a girl is, the more nuts she is, which makes you insane.” Folks, that’s pretty much the emotional high point of this movie, a relentlessly bleak look at alcoholism and the consequences of very bad decision-making. When you turn it off you’ll need a stiff drink, assuming you’ve made it through without one in the first place.

This cutting Swedish dark comedy revolves around the cursed family vacation of Tomas (Johannes Kuhnke) and Ebba (Lisa Loven Kongsli) and their two young children at a ski resort in the French Alps. Like in The Loneliest Planet, the drama is set into motion after a momentary but pivotal act of cowardice — here by Tomas, who flees ahead of his family when a terrifying avalanche barrels down on the resort’s outdoor dining patio. No one is hurt in the end when the avalanche stops just short of swallowing up the diners, and Tomas tries to pretend that nothing happened. Ebba, though, is shocked by her husband’s instinct to abandon his family at the worst possible moment. Their vacation, and their marriage, unravel accordingly. Laced with sardonic humor, the film is nevertheless uncomfortable to watch.

Mike Nichols’ 1969 drama is more than its iconic image of Elliott Gould, Natalie Wood, Dyan Cannon, and Robert Culp in bed together. A groundbreaking exploration of infidelity and polyamory, it is also a riveting drama about two couples struggling to make sense of their own destructive appetites. Culp and Wood play Bob and Carol, who stumble into an open marriage that their friends Ted and Alice (Gould and Cannon) initially find shocking. “My darling,” Carol says when she first discovers Bob’s affair, “you did not do a terrible thing. You told me about it. If you hadn’t have told me, then that would have been cheating.” Ted and Alice slowly come around to their friends’ newfound enthusiasm for toying with the boundaries of monogamy. I won’t tell you what happens when they all climb in bed together at the end of the movie, but suffice to say that I wasn’t convinced either couple would stay out of divorce court afterward.

Writer-director Noah Baumbach’s searing portrait of a couple unraveling and its aftermath launched a million memes with the scene of Charlie (Adam Driver) punching the wall during a wrenching argument with Nicole (Scarlett Johansson). While tussling over custody of their young son Henry, Johannson delivers the film’s best line: “I can’t believe I have to know you forever!” The movie’s anti-Valentine’s Day cred is strengthened considerably by the undeniable fact that Charlie and Nicole are insufferable narcissists who both deserve to lose custody of their child. Charlie, a playwright, resents Nicole’s burgeoning television success in Los Angeles, and the drama revolves around which coast, and which glamorous parent, Henry will live with. It ends slightly better than some movies on this list, but you’ll still need a shower afterward.

One of the last films from Iranian writer-director Abbas Kiarostami, Certified Copy is an enigma that resists easy categorization. At a book signing in Tuscany, James Miller (William Shimell) meets a nameless woman played by Juliette Binoche, who has her adolescent son in tow. She asks Miller to sign some copies of his book for her, and they later bump into one another in a shop, commencing a Before Sunrise-style jaunt around the town. But as the film goes on, it becomes clear that there is more to their relationship than a meet-cute. Are they really strangers? Are they married, playing some kind of game to rekindle the lost spark of a long marriage? You get the sense that there is something either sad or sinister lurking around the edges of this mystery, and trying to figure out what happened will lead you down some delightful internet rabbit holes.

Mary Elizabeth Winstead and Aaron Paul are Kate and Charlie, a young married couple who thrive on extremely hard-partying in director James Ponsoldt’s character study. Kate is a kindergarten teacher going to ever more extreme lengths to cover up her hangovers, and during one particularly bad bender she ends up smoking crack and waking up alone in the street. “When I drink I become a completely different person,” Kate says. “And that person is an asshole.” Sensing that she has finally arrived at rock bottom, Kate decides to get clean, and suddenly the mutual substance abuse at the center of their marriage is the thing driving them apart rather than bringing them destructively together.

It’s pretty rare for a high school romance to be this dark and difficult to watch. Director Trey Edward Shults (It Comes at Night) never releases the pressure in the tragic tale of young couple Tyler (Kelvin Harrison, Jr.) and Alexis (Alexa Demie). Tyler has one of those horrifying fathers (Sterling K. Brown) who relentlessly badgers his son to succeed. Instead of disclosing a major shoulder injury, Tyler continues to play for the wrestling team with the help of prescription painkillers before sustaining an even more serious tear. Meanwhile, his substance abuse begins to shatter his relationship with Alexis. Waves is one of a spate of recent dramas featuring intrusive, horror-like scores (2021’s The Novice comes to mind) which create an atmosphere of dread and unease from the very first scene.

In writer-director Colin Minihan’s deliciously deranged thriller, Jules (Brittany Allen) and Jackie (Hannah Emily Anderson) arrive at a remote cabin on a lake, owned by Jackie’s family, for their one-year anniversary. When a childhood friend drops by and calls Jackie “Megan,” Jules is shocked to discover that the love of her life changed her name and never told her. Soon it becomes clear that Jackie is very much not who she says she is, and with a mounting sense of terror, Jules realizes that their weekend getaway might not end very well at all. Minihan keeps the focus tight on Jules and Jackie for most of the running time, and while it is a genre film, Allen’s performance is as heartbreaking as any rom-com turn. These two definitely don’t belong together, and if you make it to the end of the movie, you’ll see why.

To say that Ari Aster’s follow-up to the smash horror hit Hereditary is not for all tastes is putting it lightly. A self-involved anthropology Ph.D. student named Christian (Jack Reynor) is on the verge of breaking up with his depressed girlfriend Dani (Florence Pugh) when her sister kills herself and her parents. Out of misplaced pity, he decides to let Dani tag along on a group trip to Sweden, where their friend Pelle (Vilhelm Blomgren) promises to show them a once-a-century festival in his bucolic rural hometown. It turns out that the “festival” is the culmination of some kind of cult ritual, and despite the increasingly ominous atmosphere, Christian sticks around so that he can convince the town elders to let him write his dissertation about them. Christian gets so wrapped up in his academic quest that he forgets Dani’s birthday, an oversight that will really come back to haunt him. While Midsommar is a horror movie, Christian and Dani’s awful relationship provides the catalyst for the action as well as serving as the cause of the film’s completely bananas ending, so it counts.

On my second date with my future wife, in one of those basement cocktail bars that are so ostentatiously cool that they don’t have a sign outside, we talked about what we had done on Valentine’s Day that year, which we had both spent alone. It turns out that we had chosen to spend the…

On my second date with my future wife, in one of those basement cocktail bars that are so ostentatiously cool that they don’t have a sign outside, we talked about what we had done on Valentine’s Day that year, which we had both spent alone. It turns out that we had chosen to spend the…

Why were the Super Bowl ads packed with celebrities? 3 theories.