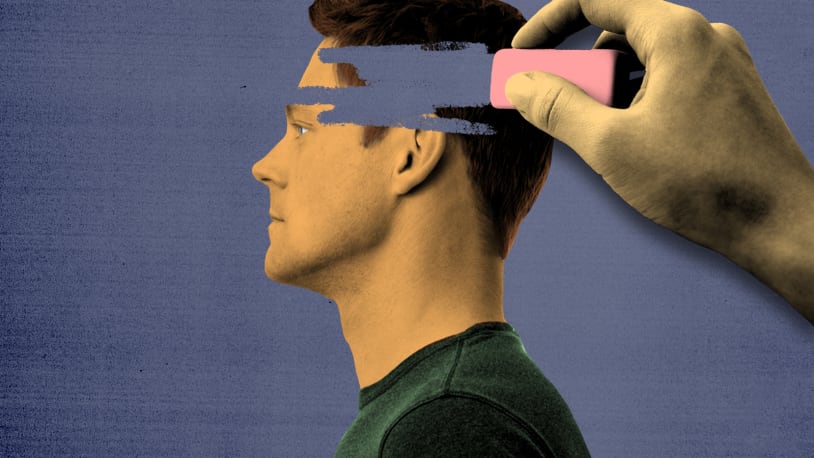 Memory-holing is a censor’s dream

About two years ago, my wife made me watch a romantic comedy called Holidate, about two attractive people who agree to platonically accompany each other to various holiday functions and — shocker — end up falling in love.

It was terrible, but one scene fascinated me. According to IMDb, “In the early days of this movie’s release on Netflix, the Halloween party sequence featuring a character dressed up as a big black cat … had several speaking lines referring to [Black Panther star] Chadwick Boseman. Sadly, Boseman passed away in 2020 just prior to the movie’s release … Following his death, the lines referring to Boseman seem to have been edited out and/or recorded over.”

Notice the phrase: “seem to have been.” I searched for a while and couldn’t find any official acknowledgement from Netflix that the edit had been made. If someone accused Netflix of altering the film, there’d be nothing to stop them denying the charge. Oh well, maybe we remembered it wrong. Chalk it up to the Mandela Effect. It’s not like anyone has a reliable physical copy of the movie to which the Netflix version can be compared.

Maybe this memory-holing doesn’t matter with a movie like Holidate and an edit motivated by tact. But that’s not the only way memory-holing is used, and the rapid shift toward digital-only media formats makes the practice ever more feasible — and at risk of abuse.

Wired reported that global DVD sales dropped from around two billion per year between 2005 and 2009 to just 300 million in 2021. As physical video formats become the exclusive preserve of eccentric collectors and boomer technophobes, an increasing number of films and series will exist only on digital platforms. The demise of print newspapers poses a similar danger. Last year, National Review reported, Georgia gubernatorial candidate Stacy Abrams was permitted to make substantial changes to a USA Today op-ed she’d written, and it took almost two weeks for the publication to acknowledge any changes had been made.

Physical books seem to have successfully staved off the assaults of e-readers, but other than that we increasingly no longer own content — we stream it. That means whoever hosts the content can alter it at will or even remove an offending bit of media entirely, placing it forever beyond the reach of any would-be audience.

Last week, for example, Joe Rogan deleted over 100 episodes of his podcast from Spotify after a compilation video of him saying the N-word went viral. Five episodes of the sitcom It’s Always Sunny in Philadelphia that feature blackface, brownface, or yellowface have also been tossed down the memory hole, though in all five cases, the joke is at the expense of the white character doing the impression, not of the group being mocked.

Of course, when dealing with problematic content, there are options other than stealth editing and memory-holing. One is to contextualize. Pull up Lady and the Tramp on Disney+, and you’ll be served with a title card explaining that the 1955 film “contains negative depictions and/or mistreatment of people or cultures … Rather than remove this content, we want to acknowledge its harmful impact, learn from it, and spark conversation to create a more inclusive future together.”

A cynical observer might conclude that Disney is trying to have its cake and eat it too. That same observer might conclude Spotify was trying to placate the mob while protecting its $100 million investment. Many of Rogan’s detractors wanted him to be wholly deplatformed, and if Spotify had suggested merely prefacing the tainted episodes with a reminder that saying the N-word is wrong, those critics would’ve have laughed the idea to scorn. Maybe it makes a difference if the problematic figure in question is still alive and working.

Or maybe not. Imagine a statue of some Confederate general is left standing but surrounded by placards explaining that the statue was erected in the civil rights era to send a message to Black Americans and detailing his brutal treatment of his slaves. Now imagine none of it works. Out-and-proud white supremacists stroll right past the disclaimers and instruct their children to regard the general as a hero.

Wouldn’t anti-racist activists feel like they’d been duped? They might even respond by characterizing any desire to preserve problematic creative works, no matter how contextualized, as racist.

Okay, so maybe we remove all the objectionable stuff from the public eye but keep it available for research, like heretical works at a medieval monastery that monks could only read with the abbot’s permission. Well then, what happens to the adjunct professor who keeps checking out the unedited version of Breakfast at Tiffany’s but never publishes anything about it? Is he a dangerous anti-Asian bigot, or does he just enjoy the movie?

Maybe context and access limits will never be enough. Maybe it’s safer to purge or alter every copy after all.

I’ve been raising hypotheticals, but that stance isn’t merely speculative. In 2019, writing at Politico, How to Be an Antiracist author Ibram X. Kendi proposed a constitutional amendment that would “establish and permanently fund the Department of Anti-racism (DOA) comprised of formally trained experts on racism.” This department “would be responsible for preclearing all local, state and federal public policies to ensure they won’t yield racial inequity” and would have the authority to “monitor those policies” and to wield “disciplinary tools” against “policymakers and public officials who do not voluntarily change their racist policies and ideas.”

Stripped of its bureaucratic language and moral statement, this is a proposal for an enormously powerful, unelected commissariat to exercise dictatorial control over American politics. And if such drastic actions are justified in the political sphere, why not in the realm of culture?

Kendi himself might well draw a line between policy and private speech. But others might not draw it so brightly, and it’s also worth noting that this weapon, once taken up, could be wielded in any direction. If stealth editing and memory-holing become acceptable tactics for the left in our present culture war, a future reactionary regime might feel equally comfortable blotting out content it deems obscene, blasphemous, or unpatriotic. Combine this censorious attitude with the alterability of digital media, and you’ve got a scenario of which propagandists in past eras could only have dreamed.

In his book The Language of New Media, film critic Lev Manovich argues that, in the age of CGI and digital editing, “cinema … is no longer an indexical media technology” — a physical record of light striking film the way a footprint is a physical record of boot striking ground — “but rather, a subgenre of painting.” If anything, it’s probably easier to seamlessly alter a digital file than it is to add fig leaves to a fresco without anyone being the wiser.

Editing technology still has its limits, but that too will change. If we aren’t careful, we’ll find ourselves in an eternal present in which every fleeting whim, sentiment, and taboo could be projected back across the entire history of human cultural production. The memory hole will never be full.

February 13, 2022 February 13, 2022 About two years ago, my wife made me watch a romantic comedy called Holidate, about two attractive people who agree to platonically accompany each other to various holiday functions and — shocker — end up falling in love. It was terrible, but one scene fascinated me. According to IMDb, “In…

February 13, 2022 February 13, 2022 About two years ago, my wife made me watch a romantic comedy called Holidate, about two attractive people who agree to platonically accompany each other to various holiday functions and — shocker — end up falling in love. It was terrible, but one scene fascinated me. According to IMDb, “In…

Starting the steal? | The Week