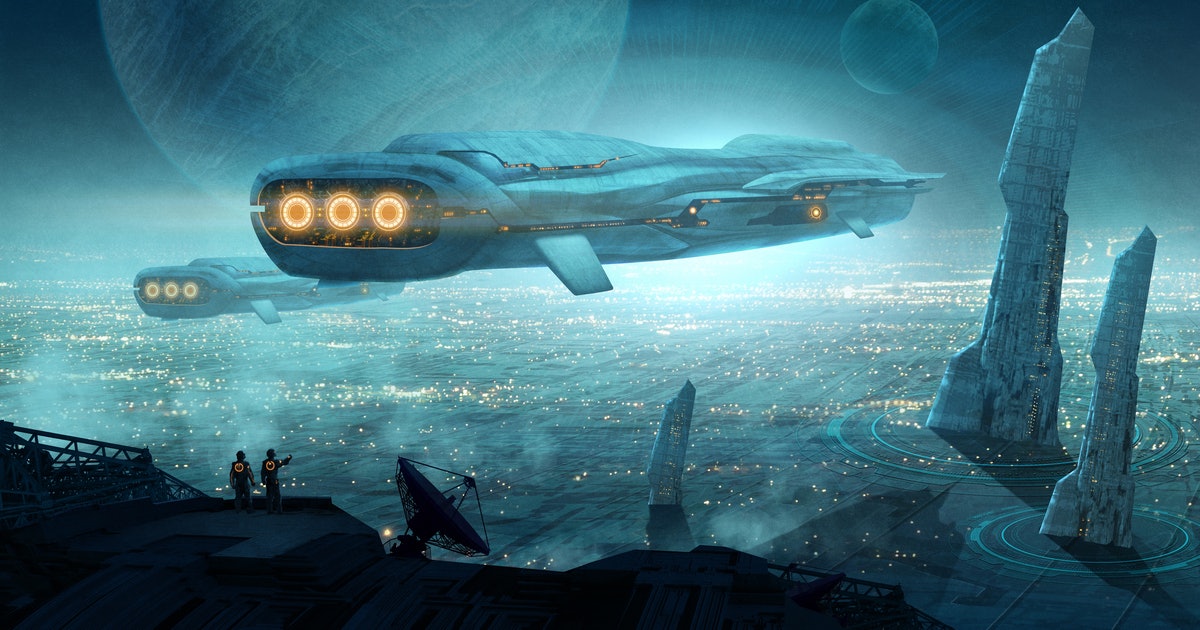 When it comes to the search for extraterrestrial life, astrophysicist Bradley Hansen says one of the biggest problems is not knowing where to start.

“We don’t have very much data and so the traditional technique is just to do something very general,” Hansen tells Inverse. Hansen is a professor of physics and astronomy at the University of California, Los Angeles.

Hansen spends his time trying to narrow down the search by hunting for alien life within specific star systems. What makes these stars so special is their proximity — extraterrestrials may be traveling to and from each system like cosmic emigrés.

In a recent paper published on the preprint server arXiv, he lists eight stellar pairs that engage in hyperbolic encounters — essentially when their gravitational pull brings them in together as they speed past each other like a comet might do around the Sun. Some of these encounters are close enough for an intelligent civilization to migrate from one star to another.

Targeting these stars could reveal signals from alien technology as they make the leap, Hansen argues — and help us resolve whether or not we are alone in the universe.

Can aliens travel between stars?

“This isn’t a staple of science fiction — you can develop these technologies,” Hansen says referring to the potential for aliens to travel between stars. “But it is well beyond our current capabilities and maybe it always will be.”

The theory is that for a very advanced alien civilization, this technology would not only be possible but also necessary. In our own Solar System, the Sun will eventually run out of hydrogen and dim, making it impossible to sustain life on the planets around it (don’t worry, we’ve got a while till this happens). The same may be true of similar stars elsewhere in the universe, or even our own galaxy.

For this hyper-advanced life, a neighboring star system may be the perfect upgrade.

“If your planet is going to run out of sunlight, then that’s a strong motivation to migrate even if it is extremely difficult,” Hansen says. “The ability to move between stars is barely possible — not impossible — but it’s extremely difficult. You would only do it when you absolutely have to.”

For humans considering a future interstellar trip, one of the closest destinations to Earth is Proxima Centauri. The red dwarf star is located 4.2 light-years away from Earth. Of course, humans are currently incapable of reaching another star system, but a more advanced alien civilization may be able to do it.

“One jump to survive, and that would be it,” Hansen says. “It wouldn’t imply that aliens would spread throughout the galaxy but it might allow the civilization to survive by transferring from one star to another.”

In the new study, Hansen and his team catalog 16 pairs of stars with a total of 132 close passage events. These events are when two stars come within a close distance of one another that’s as close as a few thousand astronomical units (an astronomical unit is the distance from the center of the Earth to that of the Sun or 149.6 million kilometers). They then narrow down eight stars as the most likely candidates for detecting these types of alien migration events, with two in particular (GJ 433 and HR 858) as being most ideal for hosting planets.

Think about it this way: The Voyager spacecraft are both on interstellar trajectories currently, with Voyager 1 speeding out at 38,210 miles per hour. At those speeds, a spacecraft could travel a few thousand astronomical units in a few decades.

For a more advanced civilization, a small upgrade to these technologies could make this interstellar migration attainable, according to the study.

What’s next — Knowing what to look for can be a boon when you are staring out at myriad stars. To search for these signals as they occur from Earth, Hansen suggests using already established methods of searching for alien technology. These involve detecting radio signals coming in from the cosmos — but in this case, Hansen says targeting these searches at the stars as they undergo those close encounters with one another may prove more fruitful.

It is also possible that such interstellar travel could result in an astrophysical phenomenon that would resemble a comet, Hansen says — another chance to find something.

“A star passing through that close may scatter comets,” Hansen says. “So you can look for signatures of cometary activity.”

Abstract: We present a catalog of unbound stellar pairs, within 100 pc of the Sun, that are undergoing close, hyperbolic, encounters. The data are drawn from the GAIA EDR3 catalogue, and the limiting factors are errors in the radial distance and unknown velocities along the line of sight. Such stellar pairs have been suggested (Hansen & Zuckerman 2021) to be possible events associated with the migration of technological civilisations between stars. As such, this sample may represent a finite set of targets for a SETI search based on this hypothesis. Our catalog contains a total of 132 close passage events, featuring stars from across the entire main sequence, with 16 pairs featuring at least one main sequence star of spectral type between K1 and F3. Many of these stars are also in binaries, so that we isolate eight single stars as the most likely candidates to search for an ongoing migration event – HD 87978, HD 92577, HD 50669, HD 44006, HD 80790, LSPM J2126+5338, LSPM J0646+1829 and HD 192486. Amongst host stars of known planets, the stars GJ 433 and HR 858 are the best candidates.

When it comes to the search for extraterrestrial life, astrophysicist Bradley Hansen says one of the biggest problems is not knowing where to start. “We don’t have very much data and so the traditional technique is just to do something very general,” Hansen tells Inverse. Hansen is a professor of physics and astronomy at the…

When it comes to the search for extraterrestrial life, astrophysicist Bradley Hansen says one of the biggest problems is not knowing where to start. “We don’t have very much data and so the traditional technique is just to do something very general,” Hansen tells Inverse. Hansen is a professor of physics and astronomy at the…