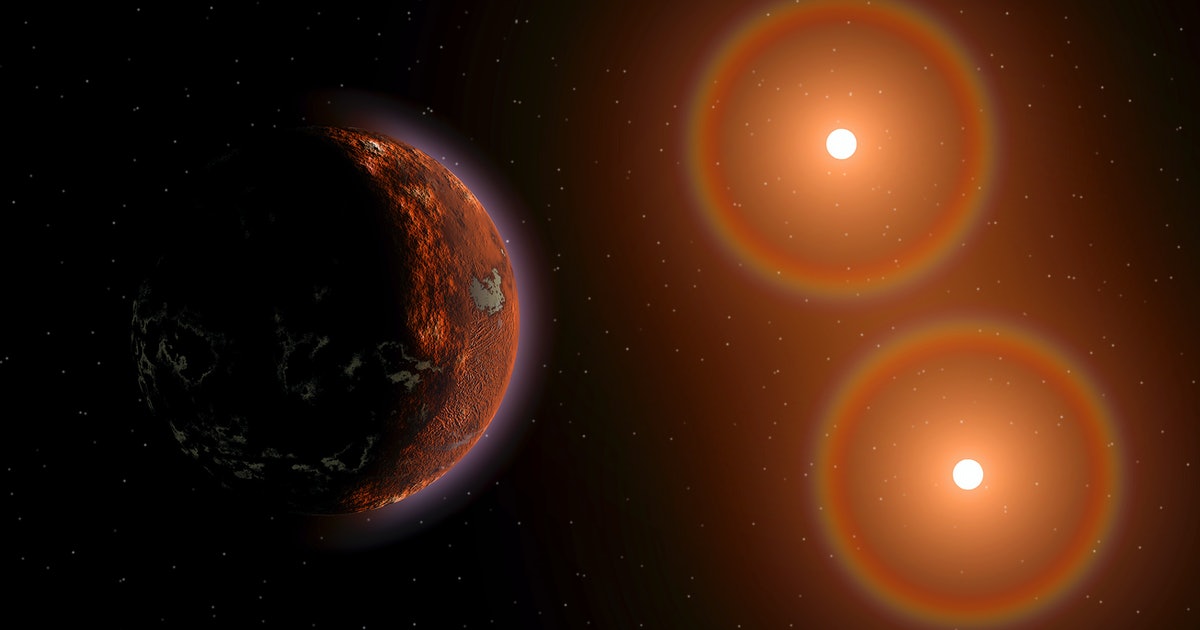 Astronomers found one of the lightest exoplanets in Earth’s backyard

Living in a neighborhood is underrated. Sure, neighborhoods vary in their commitment to community building. But there will always be something nice about having a local coffee shop that’s been there for years or watching your neighbor water her flowers before the sunset. Planets don’t have to be left out of the neighborly fun, either.

According to new research, the exoplanet Proxima d is our Solar System’s newest neighbor. You can read more about it in today’s newsletter in addition to a diverse batch of science stories covering everything from bug medicine to Tom Cruise. You can even read them while taking a walk around the block, or maybe after calling a neighbor and letting them know you care.

This is an adapted version of the Inverse Daily newsletter for Friday, February 11, 2022. Subscribe for free and earn rewards for reading every day in your inbox. ✉️

There’s a new planet in the neighborhood. In a recent study published in Astronomy & Astrophysics, astronomers identified a third planet orbiting Proxima Centauri, the star closest to our Solar System (the Latin name “Proxima Centauri” essentially means the closest star in the constellation Centaurus).

“They picked up a signal corresponding to an object passing around the star on a five-day orbit,” writes Passant Rabie.

This initial signal was very weak — Rabie writes that “the team had to conduct follow-up observations with the Echelle SPectrograph for Rocky Exoplanets and Stable Spectroscopic Observations (ESPRESSO) instrument to confirm that the signal was indeed a planet, and not caused by slight changes in the star itself.” But upon confirmation, the slim little planet turned out to be “not only the lightest planet discovered in this star system but one of the lightest exoplanets ever discovered.”

Trip around: NASA flew a spacecraft directly into the Sun’s corona

“His experience would fundamentally transform his outlook on recovery, horrify A.A. leadership, and disappoint hundreds of thousands who had credited him with saving their lives.”

Between 1933 and 1934, “Wilson was hospitalized for his alcoholism four times,” writes MacBride. After his third admission, Wilson was given “the belladonna cure,” a toxic hallucinogenic also known as “deadly nightshade.” He took it and had a vision of alcoholics helping each other recover worldwide, an image that not only inspired his own getting sober but also the beginning of Alcoholics Anonymous.

It was a spiritual experience that motivated him to seek another in the form of LSD, a drug he hoped could also push him through his depression. It seemed to work, and Wilson deepened his spirituality while taking LSD, avoiding alcohol, and seeing a psychiatrist. But some A.A. members, fearing that Wilson was an indication that the program didn’t work, pressured him to stop.

Embrace possibility: Ketamine could save your life

Bugs don’t just exist to sit around and look pretty; they have medicinal properties, too.

“In a study published this week in the journal Current Biology,” writes science writer Lauren Leffer, “primatologists present evidence chimpanzees treat their own wounds and those of others with a mysterious insect.”

What, did you think only humans could play doctor? Actually, a lot of animals have demonstrated “medicinal behaviors,” writes Leffer. “Birds build nests with antibacterial plants. Bees ward off hive fungus with natural resins,” and “monkeys have been observed rubbing plant material, ants, and millipedes into their fur to take advantage of chemicals that deter pests.”

Though researchers were familiar with these practices and knew that primates groom each other, “the new study offers the first example of a wild animal treating another’s injury with an insect,” writes Leffer. It also challenges what researchers know about empathy — maybe humans aren’t so special after all.

Okay, Inverse Daily readers, the weekend is now upon us. Now that we made it, I feel ready to tell you a secret: I don’t really like football. I usually pick a Super Bowl team based on which set of uniform colors I like better. I do like movies, though.

Recently, Inverse entertainment editor Eric Francisco teamed up with the Clio Awards to talk through some of the Super Bowl’s most memorable advertisements, and pop culture writer Isaac Feldberg is zeroing in on the Super Bowl’s greatest movie commercials.

In this installment, Feldberg revisits Paramount’s marketing campaign for Mission: Impossible — Fallout in 2018. “Much like Universal’s comparable Fast & Furious franchise,” writes Feldberg, “Mission: Impossible had been scaling up dramatically across recent installments.” And when it came to Super Bowl teasers, Paramount executed what Feldberg calls “the biggest movie moment of a Super Bowl.”

He earned it: Tom Cruise made the most incoherent sci-fi movie of the century

Living in a neighborhood is underrated. Sure, neighborhoods vary in their commitment to community building. But there will always be something nice about having a local coffee shop that’s been there for years or watching your neighbor water her flowers before the sunset. Planets don’t have to be left out of the neighborly fun, either.…

Living in a neighborhood is underrated. Sure, neighborhoods vary in their commitment to community building. But there will always be something nice about having a local coffee shop that’s been there for years or watching your neighbor water her flowers before the sunset. Planets don’t have to be left out of the neighborly fun, either.…