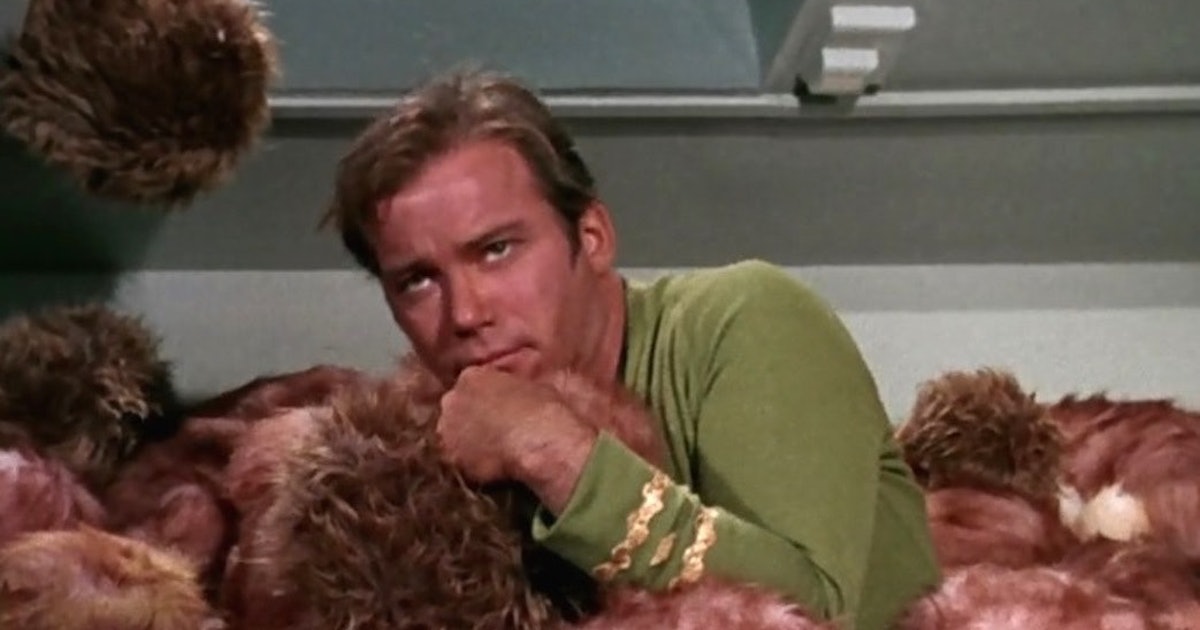 Why Star Trek just brought back tribbles, changelings, and a random Voyager molecule

The secret purpose of the Dark Matter Anamoly has been revealed. For half of its fourth season, Star Trek: Discovery has been unpacking the mystery of the DMA plaguing the entire galaxy. In the final moments of its mid-season return, “All In,” the crew finally realizes what the DMA is really doing. But within that revelation, there’s a massive deep-cut reference to Star Trek lore.

We asked Discovery writer Sean Cochran about the connections between the DMA and a specific 1998 episode of Star Trek: Voyager. Here’s what he said.

Spoilers ahead for Discovery Season 4, Episode 8, “All In.”

At the very end of this week’s episode, we learn the DMA’s purpose is to mine a substance called “boronite.” At first, President Rillick is confused as to why this unseen space substance is such a big deal, but then Saru explains, “It can be synthesized into some of the most powerful substances in existence.”

Offhand, this might not seem like a big deal, but before this Discovery episode, boronite was only ever mentioned before in the Star Trek: Voyager episode, “The Omega Directive.”

Voyager’s “The Omega Directive” episode revealed that all Starfleet captains were always under strict orders to destroy an Omega particle. An Omega molecule is so destructive and so rare that Starfleet can’t mess around and try to harness its energy.

In the same episode, Seven of Nine reveals the “perfect” Omega structure makes it the science-y holy grail for the Borg, and at one point, the Borg tried to create their own Omega molecule, using — you guessed it — boronite! The possible destructive powers of boronite were introduced and then forgotten. Until now.

“Yes, it’s that very same boronite,” Discovery writer Sean Cochran tells Inverse. However, he adds that this boronite will perhaps be used for a different purpose.

The Borg were only able to construct an Omega molecule using boronite for a couple of seconds. But now on Discovery, Burnham points out that an unknown alien species, “10-C,” is destroying entire planets as a “dredge” to mine large quantities of boronite. What this means is simple: The abilities of species “10-C” are way beyond anything anyone has encountered in Star Trek ever.

Discovery brings back a Tribble and Changeling

On top of the deep-cut (and game-changing) Voyager reference, this episode also brought back two classic Star Trek aliens at the very same moment. While Book and Tarka are trying to figure out which aliens are cheating in a certain gambling den, it turns out one specific person was impersonating multiple people at once because they’re a Changeling. In order to cut and run, this shape-shifter briefly turns into a tribble and rolls like hell to make their escape.

Famously, a tribble is a furry, round creature that breeds very quickly, as made famous in “The Trouble With Tribbles” in The Original Series. When asked why the Changeling turned into a tribble (albeit briefly), Cochran says:

“It felt like the Changeling would need to pull out all the stops if they wanted to get away from some pursuers who are more than capable. So turning into a tribble felt like the ultimate Hail Mary pass. And then I also thought, hey, if you get the chance to put a tribble in your episode — do it.”

Canonically, the idea of a large, humanoid-ish Changeling transforming into a smaller creature is a classic Trek move. In two episodes from Deep Space Nine (“Past Prologue” and “The Circle”), beloved Changeling Odo (Rene Auberjonois) disguised himself as a rat. We don’t know much about this new Changeling, but the makeup suggests this is the same species of Changelings as Odo, sometimes known as “the Founders.”

The Changeling’s existence also suggests that passage between the Gamma Quadrant and the Alpha Quadrant is still happening via the Bajoran wormhole in the 32nd century of Discovery. In Deep Space Nine, the Federation would have never encountered the Dominion and the Changelings without that wormhole. So, does it still exist in the era of Discovery?

As of now, Cochran has one answer: “No comment.”

The secret purpose of the Dark Matter Anamoly has been revealed. For half of its fourth season, Star Trek: Discovery has been unpacking the mystery of the DMA plaguing the entire galaxy. In the final moments of its mid-season return, “All In,” the crew finally realizes what the DMA is really doing. But within that…

The secret purpose of the Dark Matter Anamoly has been revealed. For half of its fourth season, Star Trek: Discovery has been unpacking the mystery of the DMA plaguing the entire galaxy. In the final moments of its mid-season return, “All In,” the crew finally realizes what the DMA is really doing. But within that…

Dominion’ trailer gives the franchise the ending it deserves