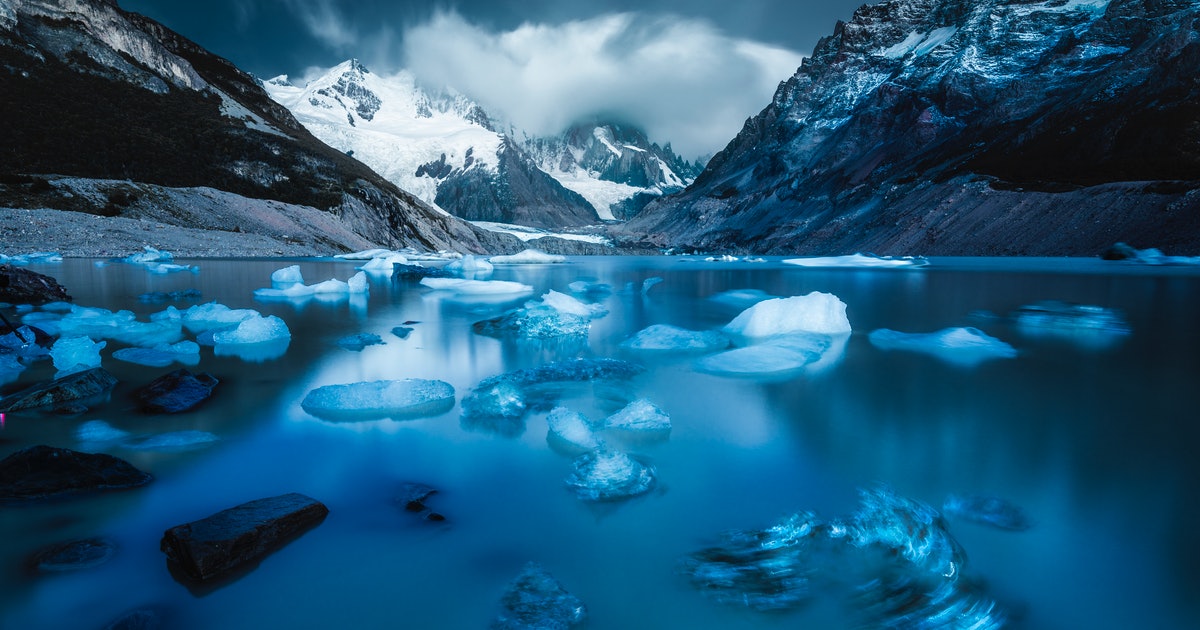 Glacier study finds Earth has less water than we thought

The world’s glaciers are incredibly important, especially as climate change continues to affect the world we live in. Glacier melt from global warming causes sea levels to rise and reduces the amount of accessible freshwater. Now a new study found that glaciers may contain less water than previous estimates suggest. This could mean less fresh drinking water supply for millions of individuals across the globe.

What’s new — Limited satellite data has limited scientists’ ability to estimate how much ice is contained inside glaciers. A new study, published this week in the journal Nature Geoscience, used higher resolution satellite imagery to find that glaciers in key regions may contain less water than we previously thought.

The researchers estimate the total ice volume in the world’s glaciers is around 140,000 cubic kilometers. This translates to a 257-millimeter rise in sea level — 20 percent less than previously thought.

The researchers found that glaciers with the largest amount of ice are in the Arctic, North America, and Antarctica. Glaciers with the smallest ice volume were in the mountains of Asia, accounting for only 7 percent of the world’s total amount of glacial ice.

The new report also provides crucial updates for ice volume in the Andes and the Himalayas. In parts of the Himalayas where glacial ice melt accounts for more than 50 percent of river flow during the dry season, the researchers estimate water reservoirs are actually 37 percent larger than previously thought. Unfortunately, people in the tropical Andes aren’t so lucky; researchers estimate 27 percent less ice volume compared to previous reports.

Knowing how much ice the world’s glaciers contain is crucial for understanding how glacial melt will contribute to sea-level rise under climate change. Reduced global ice volume, as found in this study, could theoretically mean glaciers contribute less sea level rise than scientists previously thought.

Why it matters — Bethan Davies, a glacial geologist at Royal Holloway, University of London, who was not involved with the study, tells Inverse the most important aspect of this study is that it provides key estimates for ice volume in regions where people rely on glaciers to feed into rivers and provide fresh drinking water for the millions of individuals that live nearby.

“The really important finding of the paper for human societies is that there is less ice in the low latitudes, mainly in South America, where glaciers provide a dependable and very important downstream water supply,” Davies says.

Glaciers high up in the Andres region of South America are mountainous “water towers” that provide drinking water to communities further downstream. For instance, there are more than two million residents in La Paz, Bolivia that rely on mountainous water.

These Andean glaciers are not as large as glaciers in Antarctica, so they may not contribute much to sea-level rise. Yet, shrinking glaciers could be devastating for the survival of communities that live nearby.

“As the glaciers shrink, the amount of water they can provide downstream declines, meaning that droughts are more likely,” Davies says.

Looking ahead — Davies notes that the study may not be as important for projecting sea-level rise as the looming statistics in the report suggest.

“Critically, I doubt that this will make much difference to sea-level rise projections,” Davies says, stating there may only be a small decrease in projected sea-level rise from glaciers due to this paper’s findings.

The methodology the paper uses to calculate ice volume and the exclusion of certain glacial areas from the paper’s findings largely account for the smaller ice volume estimate, she says. “If these areas are included, the ice volume is similar to previous estimates.”

Further, the paper’s important updates on glacier volume in the Andes and Himalayas don’t change the fact that ice from Antarctica and Greenland “will come to dominate sea-level rise,” Davies says. “The places with the biggest ice volumes, and therefore the biggest contributions to sea level rise from glaciers, will still have lots of ice left even 200 years from now.”

How they made the discovery — In the past decade, NASA and the European Space Agency launched key satellites — such as Landsat 8 and Sentinel-1A and B — to obtain more accurate images of Earth’s surface.

Using updated satellite imaging between 2017 and 2018, the researchers created high-resolution regional maps of the surface velocity, or the speed of ice flow, of the world’s glaciers. Some glaciers in the Arctic may flow at slow rates of a few meters per year, while a glacier in Patagonia, dubbed Penguin Glacier, flows at a speed of 12,000 meters per year.

Measuring the surface flow of a glacier is an underutilized tool to estimate ice thickness and calculate glacier ice volume. The researchers used their models to generate an updated estimate of the total amount of glacier ice globally — in a way previous research could not.

“It’s very difficult to investigate ice thickness in many of the world’s glaciers — they’re high and steep and far away and very numerous, and so we rely on computer mathematical models to calculate ice thickness,” Davies says.

What this study did differently was to also calculate the total ice volume above flotation levels — as opposed to ice volume above sea level — which more accurately estimates the potential contribution of the world’s glaciers to rising sea levels.

What’s next — The most important finding of the study may come from what it does not reveal. The discrepancy between this study’s findings on global glacier ice volume and previous research hints at the “high level of uncertainty of glacier thickness models.”

Additional observations of glaciers in regions like the Andes, the Himalayas, and the Russian Arctic — home to 18 percent of the world’s total glacier ice volume — will be necessary to estimate how much water people living in these areas can rely on as glaciers shrink due to a changing climate.

The world’s glaciers are incredibly important, especially as climate change continues to affect the world we live in. Glacier melt from global warming causes sea levels to rise and reduces the amount of accessible freshwater. Now a new study found that glaciers may contain less water than previous estimates suggest. This could mean less fresh…

The world’s glaciers are incredibly important, especially as climate change continues to affect the world we live in. Glacier melt from global warming causes sea levels to rise and reduces the amount of accessible freshwater. Now a new study found that glaciers may contain less water than previous estimates suggest. This could mean less fresh…