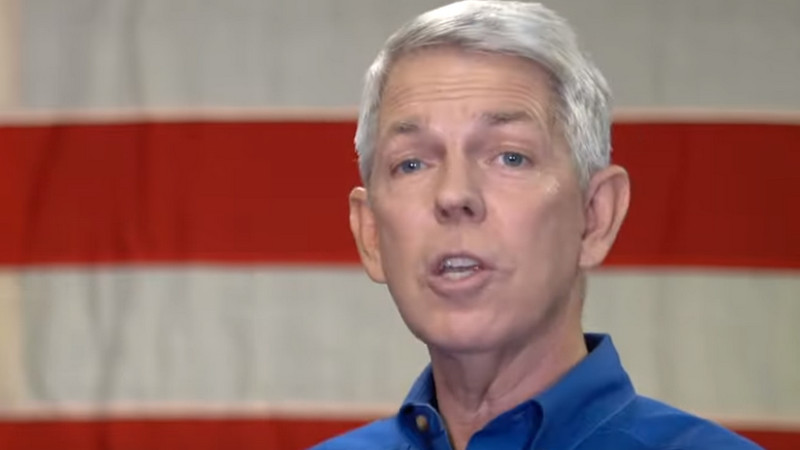 During his presentation, Barton falsely claimed that the early American government imposed no taxes on American citizens because the Founding Fathers knew that such taxes were unbiblical.

“It’s interesting,” he continued. “Even as Jesus and Peter were talking and Jesus said, ‘Peter, tell me: who pays taxes? The children or the foreigners?’ Peter said, ‘That’s easy. The children don’t pay taxes, it’s the foreigners that pay taxes.’ See, that’s why in early America, you didn’t tax the citizens. There was no direct taxes. We had to alter the Constitution to be able to tax you directly because we had all the taxes on the foreigners. We had all the tariffs and all the different ways of taxing the things that came from outside, not the inside. Well, that was a tax piece of policy out of the Bible.”

The reference to the conversation between Jesus and Peter is a claim of Barton’s that we have debunked before:

Jesus and Peter were discussing paying the “temple tax” and Jesus argued that just as the “kings of the earth” do not levy taxes on their own children, neither should the children of God have to pay a tax in order to enter His temple. Nevertheless, Jesus instructed Peter to pay the tax for the both of them.

Jesus was most certainly not asserting, as Barton claims, that governments should not tax their citizens, nor does Barton provide any evidence that the founders cited this nonexistent principle as justification for refusing to levy an income tax.

As for Barton’s claim that “in early America, you didn’t tax the citizens,” that is likewise false as demonstrated by “The Whiskey Rebellion” of 1791, which arose when farmers in Western Pennsylvania violently objected to legislation passed by the very first Congress that imposed a tax on domestically produced distilled spirits in an effort to raise money to pay off the debt accumulated during the Revolutionary War.

As the Treasury Department’s Alcohol and Tobacco Tax and Trade Bureau explains:

As part of the compromises that led to the adoption of the United States Constitution in 1789, the new Federal government agreed to assume the Revolutionary War debts of the 13 States. In early 1791, to help pay off the resulting national debt, Congress used its new constitutional authority to “lay and collect Taxes, Duties, Imposts and Excises” and passed the first nationwide internal revenue tax—an excise tax on distilled spirits. Congress took this action at the urging of the first Secretary of the Treasury, Alexander Hamilton.

Unlike tariffs paid on goods imported into the United States, the excise tax on distilled spirits was a direct tax on Americans who produced whiskey and other alcohol spirits. The 1791 excise law set a varying six to 18-cent per gallon tax rate, with smaller distillers often paying more than twice per gallon what larger producers paid. All payments had to be made in cash to the Federal revenue officer appointed for the distiller’s county.

Large, commercial distillers in the eastern United States generally accepted the new excise tax since they could pass its cost onto their cash-paying customers. However, most smaller producers west of the Appalachian and Allegheny Mountains, then the Nation’s frontier, opposed the “whiskey tax.”

Not only is Barton’s interpretation of this particular Bible passage wrong, but so is his attempt to use that passage to misrepresent American history.

Christian nationalist pseudo-historian David Barton spoke at the Village Church in Blythewood, South Carolina, Tuesday as part of the Faith Wins “American Restoration Tour,” which aims to mobilize conservative Christian voters heading into the 2022 midterm elections. During his presentation, Barton falsely claimed that the early American government imposed no taxes on American citizens because…

Christian nationalist pseudo-historian David Barton spoke at the Village Church in Blythewood, South Carolina, Tuesday as part of the Faith Wins “American Restoration Tour,” which aims to mobilize conservative Christian voters heading into the 2022 midterm elections. During his presentation, Barton falsely claimed that the early American government imposed no taxes on American citizens because…