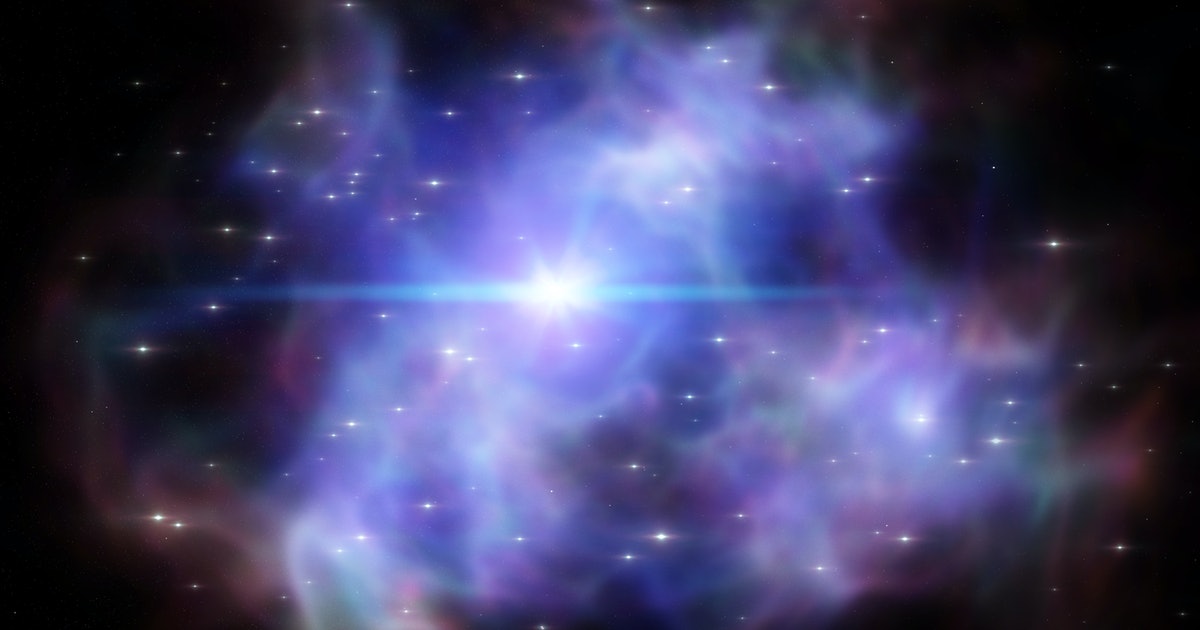 You never forget your firsts — any of them. The burn, crush, or taste of my first anything seems to be etched permanently in my mind. And though memories are never as rich as the real thing, the firsts we carry with us are reminders of how vivid our lives have been and will be again. The James Webb Space Telescope knows what I’m talking about.

The Webb telescope has just detected its first photons, something as critical to the telescope’s longevity as a baby’s first steps. Read all about it in today’s newsletter, where you can also find a weird link between coffee and sex and the inside of a Ford-150 Lightning Pro. Thank you so much for being here.

This is an adapted version of the Inverse Daily newsletter for Wednesday, February 9, 2022. Subscribe for free and earn rewards for reading every day in your inbox. ✉️

“The James Webb Space Telescope has done it,” writes Inverse managing editor Claire Cameron. “On February 3, NASA announced the first particles of light have made their way through the entire telescope.” It may not sound like much — you and I can see light with no problem, where’s our $10 billion endowments? — but for a telescope, it’s a crucial first step to producing additional images.

“The achievement was confirmed by the Near Infrared Camera, one of the science instruments on board, which captured the photons,” writes Cameron. Now, scientists must prepare the “18 beryllium and gold segments that, as a unit, comprise Webb’s mirror,” Cameron reports, focusing each individual segment on the star HD 84406. This step will produce 18 different images of the same star, scientists will painstakingly match the image to its segment, and ultimately end up with 18 clear images.

But scientists’ involvement in fine-tuning the telescope’s accuracy will not stop there. Webb is doing well, but there’s still a lot more work to be done.

Continue looking: Telescope captures SpaceX rocket on its collision course with the Moon

TikTok thinks it does. A popular video claiming that coffee can intensify “your orgasm by 50 percent” inspired other women to test it out, and they all seem to agree — coffee is the ultimate wingman.

“This might sound like great news to coffee drinkers,” reports Varuna Srinivasan, “but tracking down the origins of Alexx’s claims is more difficult than you might think. Still, it’s no secret that the female orgasm is elusive and something many women struggle to achieve.” But can coffee really help them achieve it?

To put it succinctly, yeah! “‘Caffeine is a vasodilator, which means it opens or dilates the blood vessels, letting more blood flow to the extremities,’” sex therapist Dr. Tammy Nelson said to Inverse. This means that, like Viagra, caffeine can ‘“help with increased sensitivity and potential for orgasm.’”

It doesn’t hurt that caffeine is also a blood vessel-constricting vasoconstrictor (dilating, constricting, caffeine does it all!), which can help prevent headaches. It’s also a stimulant, which can improve alertness during the deed. But if you’re not a big fan of coffee, don’t worry — Dr. Nelson offers some other options.

It’s what’s inside that counts: How to untangle mental and sexual health

“From most angles, it looks like any other Ford F-150,” writes Jordan Golson, “the big differences are the charge port door on the driver’s side and these futuristic daytime running lights.” In this card story, Golson takes viewers to all of the Lightning Pro’s nooks and crannies, from the “all business” black plastic trims to its “mega power frunk,” or if you’re not a fan of neologisms, front trunk.

Zoom, zoom: The eight most exciting electric cars of 2022

When SpaceX’s Crew Dragon capsule makes its way back down to Earth, it relies on four billowing parachutes to help it splash down with grace. Recently, NASA and SpaceX shared that one of these parachutes “opened late in two consecutive missions,” writes Inverse innovation reporter Mike Brown.

“Resolving the issue will help one of SpaceX’s key components continue to push the company’s missions forward,” continues Brown. “SpaceX uses the Dragon capsule to send supplies to and from the International Space Station, while the Crew Dragon variant has enabled the company to send both astronauts and private citizens into space.”

Though the striped parachute was slow to inflate, SpaceX emphasizes that it didn’t hinder Crew Dragon’s agile descent. But the company still needs to get to the bottom of the issue before its next crewed NASA mission, which will take off for the International Space Station on April 15.

SpaceX goes where Bezos hasn’t: William Shatner explains why he went to the edge of space

Are you ready for this Sunday? Inverse is.

Inverse entertainment editor Eric Francisco recently teamed up with the Clio Awards to talk through some of the Super Bowl’s most memorable advertisements, and in this article, pop culture writer Isaac Feldberg zeroes in on the Super Bowl’s greatest sci-fi commercials.

In this installment, Feldberg goes long on J.J. Abrams’ Star Trek reboot trailer that played during the 2009 Super Bowl. “Paramount set the film on the right course with this Super Bowl ad, communicating the sense of buoyancy and visceral action that would transform Star Trek from a cult classic into a newly relevant crowd-pleaser,” writes Feldberg.

Song of the day: “Moon Rocks,” by Talking Heads.

You never forget your firsts — any of them. The burn, crush, or taste of my first anything seems to be etched permanently in my mind. And though memories are never as rich as the real thing, the firsts we carry with us are reminders of how vivid our lives have been and will be…

You never forget your firsts — any of them. The burn, crush, or taste of my first anything seems to be etched permanently in my mind. And though memories are never as rich as the real thing, the firsts we carry with us are reminders of how vivid our lives have been and will be…

66 years ago, the founder of Alcoholics Anonymous tried LSD — and ignited a controversy still raging today