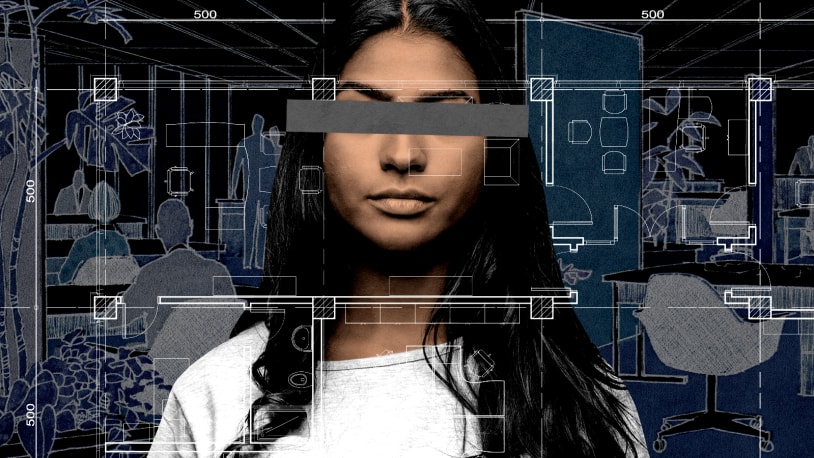 Why indefinite remote work is bad for Gen Z

While executives, employees, and scholars debate the future of work, the fate of the office lies in wait. Its original identity as the central setting of most of one’s adult life remains threatened by uncertainty over the future of COVID and a newfound skepticism of its true impact on employee productivity. Certainly, there has been plenty of fodder for both sides of the debate: With remote work comes flexibility, an easier ability to provide things like child care, and reduced cost of travel, while on the other hand, those that prefer the office point to benefits like collaboration, face-to-face networking, and improved productivity.

What must not be ignored in these discussions, though, is the significant impact the workplace has on employees who are in the earliest stages of their adult lives. Recent graduates transitioning into real adulthood for the first time are unmoored, disconnected from an institution or distinct community, and typically yearn for an entity that facilitates some sort of structure and social life. As a member of this cohort myself, I not only feel but see reflected in others my age real angst over this new solitary lifestyle and the potential of a future with no physical office life.

Let me preface my argument by acknowledging that in many ways this is a privileged predicament to be in. Those of us struggling in this remote work environment have been given the choice to stay home, for safety and a myriad of other reasons, while many Americans were required to report to work every day amidst the pandemic. Not only that, but many individuals entering into their 20s have not yet moved away from home due to financial or familial concerns.

Of course, work from home has also been a vital tool in protecting the health and safety of employees as COVID spread during the worst of the pandemic, and there is a reasonable argument to be made that keeping everything remote is an equalizer for those who still feel unsafe entering a communal space. What I’m arguing against specifically is not remote work when the public health situation continues to require it, but a shift to an indefinitely remote workforce. In a future in which we can all come together safely, I believe the office deserves a second chance.

The office has historically acted as a source of structure, the next locus of life for people transitioning into a new stage after leaving home or college. Even for those recent grads still living in their childhood homes, the office can be a much-needed refuge from parental oversight. It offers a place to go, to interact with others, to have chance encounters, and to build lasting relationships. It has often offered a window into coworkers’ diverse lives, habits, and hobbies. It sometimes even offers food — or at least some free coffee.

For many of today’s burgeoning adults who have come of age during the pandemic, their commutes are limited to a one-and-a-half foot walk from their bed to their desk, all whilst likely still in pajamas. It’s hard to imagine establishing a social circle or routine in a new city or home when you’re spending eight hours a day sitting in front of a computer in your 80-square-foot room. This solitary and stagnant lifestyle can be even more jarring when this is the first time you’re living on your own, existing in the world untethered from an institution or hometown. Even when living with roommates or in a place with many familiar faces, the overlap of your life with those of others inevitably becomes smaller.

While the extended work from home policies do present extensive benefits for the people at the top — the older employees who have carved out their place in the company, who have a family to worry about, who have spent decades developing a life outside of work — there needs to be equivalent consideration given to younger employees, the ones who don’t have a family to go home to or much more to their name than college debt and a rented apartment.

For most Americans, work takes up the largest portion of their waking hours. When people physically went to work, the average American spent 8.5 hours in the office according to the American Time Use Survey from 2018. Eighty-two percent of employed people did some or all of their work at their workplace. That’s a significant chunk of one’s time, especially considering how it accumulates over weeks, months, and years.

People also allotted their time differently in offices. An AtTask study conducted by Harris Poll found that U.S. employees at companies with 1,000 employees or more only spent 45 percent of their time on primary job duties. While 14 percent of the remaining portion was reportedly spent on email, the other 40 percent was spent on “meetings, administrative tasks, and interruption.” One can only assume that those “interruptions” included going for a walk outside, stopping by a coworker’s desk, or chatting in the kitchen while grabbing a snack. In the office, you typically aren’t siloed at your desk or cubicle for every minute of the day, and you’re certainly not in a position where from 9:00 a.m. to 5:00 p.m. you have not spoken to another human being or stepped one foot outside.

These breaks and social interactions are essential; they make one feel grounded, connected, emotionally satisfied. They’re particularly important for those that don’t live with their families or spouses, and for those that don’t have a community of others easily accessible. Various studies have shown that perceived social isolation predicts changes in depressive symptoms. These findings hold even after controlling for demographic variables and stress.

Not only does social interaction make you a happier person, but a more content employee as well, especially at a younger age. A survey LinkedIn and CensusWide conducted in April 2014 found that more than any other age demographic, 18- to 24-year-olds said friendships at their workplace made them happier, more motivated, and more competitive, while one-third thought socializing with colleagues helped them move up in their career. In contrast, only 5 percent of Baby Boomers ages 55 to 65 shared this feeling. A Future Workplace/Virgin study in 2017 also found that 70 percent of employees said friends at work was the most crucial element to a happy working life, and those who reported having few friends at work said they felt “lonely either very often or always and disengaged in their work.” Millennials are also more inclined to consider their manager as their “work parent” and their co-workers their “work family.”

The office was once the facilitator of these work relationships; now what is there to connect new employees with their colleagues at all? Zoom? How exactly are young people supposed to find their place in the world from their bedrooms?

For people in the middle or end of their careers or those who can afford to work from the Bahamas, the office has understandably lost its luster. But people at the top of an organization must remember that for those entering into the workforce, it continues to hold tremendous social and structural value. In a remote environment, it’s nearly impossible to foster loyalty or attachment.

If managers want the best and the brightest, the office cannot become a thing of the past.

February 8, 2022 February 8, 2022 While executives, employees, and scholars debate the future of work, the fate of the office lies in wait. Its original identity as the central setting of most of one’s adult life remains threatened by uncertainty over the future of COVID and a newfound skepticism of its true impact on employee…

February 8, 2022 February 8, 2022 While executives, employees, and scholars debate the future of work, the fate of the office lies in wait. Its original identity as the central setting of most of one’s adult life remains threatened by uncertainty over the future of COVID and a newfound skepticism of its true impact on employee…

Growth: A banner year, with undercurrents of anxiety