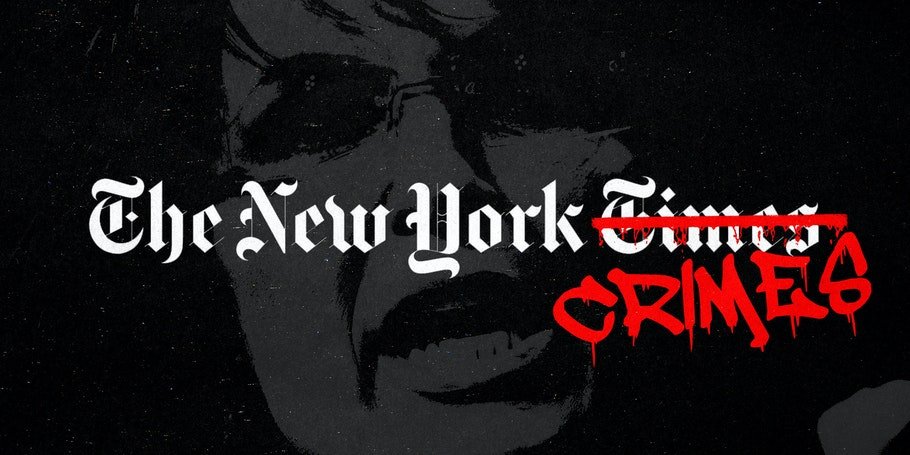 By NATE JACKSON February 8, 2022 in LeftMedia

She should win a defamation case over an editorial blaming her for murder.

Former Alaska Governor and vice presidential candidate Sarah Palin is in the midst of a libel and defamation lawsuit against The New York Times. Despite our love for the First Amendment and caution in setting bad precedents, it is a case she should win, and not just because we’d love to see the Times raked over the legal coals.

For those who don’t recall, it all began when a mentally deranged man opened fire on a Tucson crowd in 2011, killing six, including U.S. District Court Chief Judge John Roll and a nine-year-old girl, as well as gravely wounding Democrat Congresswoman Gabby Giffords. As leftists always do, they turned the caskets of the dead — and the brain-damaged Giffords — into a platform for gun control. Giffords’s husband, Mark Kelly, even won an Arizona Senate seat pledging to fight for that Democrat agenda item.

As the official left arm of the Democrats’ propaganda wing, The New York Times editorialized more than once in favor of their schemes. In one of those editorials — six years after the fact, and just after a deranged Bernie Sanders fanboy nearly murdered several Republican congressman at baseball practice — the Times crossed an important line, specifically blaming Palin for the attack. You see, her SarahPAC website featured “stylized cross hairs” [sic] on a map of congressional districts including Giffords’s, and the sages on the Times editorial board divined that these crosshairs incited the killer.

“The link to political incitement was clear,” the Times wrote. Except it wasn’t clear at all, because it didn’t even exist. The Times later “corrected” the editorial to remove that assertion, but it kept the overall implication against Palin. Besides, the damage was done. And it was all because, as our Thomas Gallatin wrote at the time, “The Times’ editors are not journalists but leftist activists who clearly care little for reporting the truth.”

For a claim to be libelous, it must check three boxes, once it has been established that the claim was published and the subject identified: (1) the claim has to be false, which this one was; (2) it has to be defamatory, which there is no real question this one was: Not only is the claim defamatory on its face, it was obviously meant to be defamatory, in that the entire point of linking Palin to the shooting was to demean and discredit her; and (3) when the claim involves a public figure such as Palin, it has to have been published with “actual malice” or “reckless disregard for the truth.” There is a pretty good case to be made for actual malice: Palin had nothing at all to do with the story, and the only point of dragging her name into it was to damage her reputation and her political prospects. But even if you think “actual malice” is a coin toss, can anybody seriously argue that the Times’ performance in this matter was anything other than reckless in its disregard for the truth?

Indeed, the paper’s “fact-checker” didn’t bother to check this particular claim, and she admitted so in court. As also determined during questioning, Times reporter Elizabeth Williamson, who drafted the editorial, ignored the objections of fellow editorial board member Jesse Wegman regarding the specific claim about Palin.

Both of those facts, as well as the fact of a correction itself, help Palin’s case in a big way. The just result would be a loss for the Times and a big payout to Palin. The best long-term outcome would be a bit of introspection and self-correction by the Leftmedia generally. Given that we’re likelier to strike oil in the men’s room here in our humble shop, we won’t hold our breath.

By NATE JACKSON February 8, 2022 in LeftMedia She should win a defamation case over an editorial blaming her for murder. Former Alaska Governor and vice presidential candidate Sarah Palin is in the midst of a libel and defamation lawsuit against The New York Times. Despite our love for the First Amendment and caution in…

By NATE JACKSON February 8, 2022 in LeftMedia She should win a defamation case over an editorial blaming her for murder. Former Alaska Governor and vice presidential candidate Sarah Palin is in the midst of a libel and defamation lawsuit against The New York Times. Despite our love for the First Amendment and caution in…