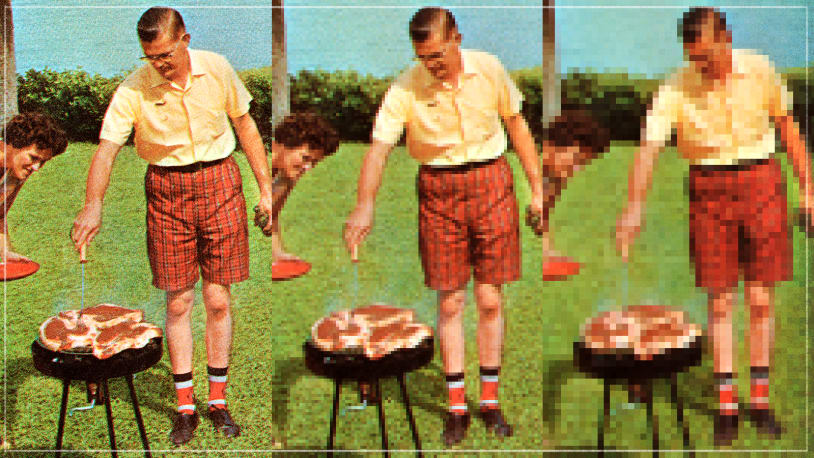 How do we know we’re not in The Matrix?

There is no Big Idea for which I feel greater contempt than the suggestion that we’re all living in a simulation. The runner up is the claim that we should seek fun and fulfillment in a technologically simulated reality — the so-called metaverse or virtual reality.

Now, don’t get me wrong: I loved the original Matrix movie as much as anyone who smoked too much pot in college and spent too many evenings embroiled in rollicking dorm-room philosophical bull sessions. Dude, what if we’re really just brains floating in vats and all of this is just an illusion controlled by scientists in a lab somewhere …

Such musing is fun precisely because it’s irrefutable, changing nothing about our experience of the world other than positing that it’s somehow less real than it seems. Or rather, it takes off from a vague feeling of unreality that occasionally haunts us as we go about our days, then intimates that this somewhat queasy sensation is a gateway to the underlying truth of everything: It’s all a lie, a cosmic game of charades. Nothing is what it seems. We’re all just playing parts in a script written and dictated by some hidden, higher power. The world, our lives, everything we care about only seems to be real and to matter. In reality, it’s all a hoax, a ruse, a … simulation.

Though I can’t prove our experiences of the world, ourselves, and those around us are in fact real, I can explain why we shouldn’t waste our time imagining it’s all fake; why our happiness is wrapped up with the presumption that the world around us is, in fact, reality; and how much we lose by spending ever more of our lives interacting with manifestly false, digitally constructed virtual worlds.

Speculation about the world being a simulation ebbs and flows over time. The Matrix (released in 1999) and its first two sequels each prompted waves of this debate through the aughts. More recently, several trends have come together to inspire new fads. Facebook renamed itself Meta and announced its goal of creating a virtual reality metaverse as the next technological step in social media. Yet another sequel to The Matrix was released two months ago. And New York University philosopher David Chalmers has published Reality +, a book that pronounces it likely we’re living in a simulation right now and advocates plunging into virtual worlds of our creation, treating them as every bit as real as the world in which we (appear to) live out our actual lives.

Chalmers’ work, in particular, has inspired a good bit of favorable, even swooning, press coverage (along with, so far, at least one devastating critical dismantling). In looking for forerunners of his own claims, Chalmers apparently gestures back to Plato’s allegory of the cave. The allegory describes human beings chained to the floor of a cave, forced to watch shadows of puppets cast on the wall by the light of a fire behind them. The people mistake these shadows for reality — at least until one of them mysteriously frees himself and ventures up and out of the cave to gaze upon reality as it truly is, bathed in the light of the sun.

This sounds a little like the simulation hypothesis — people trapped in a world they think is real and then discovering another, truer reality outside of it. Yet the parallel is misleading, and in a way that clarifies the severe limitations of the hypothesis.

In Plato’s allegory, the shadows on the wall are two-dimensional versions of real three-dimensional objects encountered outside the cave. That means there is an underlying continuity between what people experience inside and outside the cave. To leave the cave is to become educated about the true character of the beings experienced within it, not to discover a radically discontinuous world or reality. Or rather, leaving the cave represents a deepening of one’s understanding of a common reality.

The true forerunner of the simulation hypothesis is the ancient religious system of Gnosticism, which posited that the material world of human experience is constructed by a hostile, lesser deity or demiurge and fundamentally discontinuous with the higher spiritual reality and truth of being overseen by a hidden God. Because of this discontinuity, Gnostic religions tended to include roles for special authorities possessing secret knowledge (gnosis) of God’s wishes and intentions that couldn’t be discerned from the structure of the world in which humans find ourselves.

Christianity’s early church councils declared Gnosticism a heresy, leading it to die out in many places. But variants of it persisted on the periphery of the Christian world and have also reemerged over and over again down through the centuries, including during modern times and even among writers and thinkers with little awareness of their own spiritual antecedents.

That’s because several kinds of modern experiences encourage quasi-Gnostic thinking. One is modern science’s tendency to reveal truths about the underlying structure of the universe that clash with our commonsense experience of the world. Another is the distinctly modern experience of rapid (and accelerating) technological and moral change, with seemingly settled ways of living and judging repeatedly dissolving in favor of new habits and convictions that end up themselves being surpassed before long. This has aptly been described as the experience of “liquid modernity.”

Finally, connected to the rapid pace of technological change is our growing capacity to construct artificial worlds of our own in both the physical (cities and suburbs made of asphalt, concrete, and steel) and digital realms (the internet, social media, high-resolution interactive gaming, and virtual reality). The more time we spend in these constructed, human-manipulable worlds, the more we come to wonder if the larger reality in which we do the work of world-construction might itself have been built by some force or intelligence outside of it.

Of course traditional theists have their own elaborate accounts of such an outside force or intelligence and its intentions for human beings. But for those lacking in such faith, the idea of a simulation being run by a wholly mysterious and distinct agent holds enormous appeal. As one of my colleagues at The Week recently put it in a private conversation, the simulation hypothesis functions as a “religion for atheists.”

But is this specific kind of religion good for us? We have ample reason to doubt it.

Plato, Aristotle, numerous medieval theologians, and a range of modern philosophers (including Thomas Hobbes, Immanuel Kant, and Robert Nozick) have argued that human beings are motivated at a fundamental level to make contact with reality, to understand the truth about it, and ultimately to achieve knowledge of the world and its metaphysical grounds. Most of us don’t become philosophers or theologians, so most of us never get very far in the quest. But wherever we stop in our striving for truth — even if it’s just with the old scriptural stories bequeathed by our parents and local community — we presume what we hold to be true is an accurate-enough description of the way the world actually is.

Many of these same thinkers also linked this striving for knowledge and truth to human happiness and fulfillment. We want to believe our statements about the world match up with its true character. And the reverse is true as well: No one wants knowingly to live a lie — to be devoted to an illusion, or to participate in cultivating self-deception, about the truth of things.

The popularity of the simulation hypothesis suggests aspects of modern experience are inspiring increasing doubts about our ability to attain such knowledge of the truth of things — and raising the contrary possibility that avoiding deception about the nature of reality is impossible. Indeed, Chalmers appears to join Mark Zuckerberg and other tech futurists in going further, encouraging us to dive even deeper into simulacra by embracing an extended exploration of computer-generated virtual worlds.

It’s hard to imagine this leading to anything other than greater psychic misery, with our digitally stimulated minds playing aimlessly in an endlessly manipulable facsimile of the world while growing increasingly alienated from both the bodies in which minds are instantiated and the necessities that govern the physical reality in which those bodies actually live out their days. Already rates of loneliness, depression, alcoholism, drug abuse, and suicide are rising sharply, pointing to a spiritual crisis in American life. Those trends seem destined to worsen in an inverted world in which reality is treated as fake and the metaverse tempts us with the false promise of better world we know to be a sham.

Digital forms of immersive entertainment can be fun. But they aren’t real. If you find yourself longing to lose yourself within them, or seriously wondering if life itself might just be a simulation, you may have just one path back to a more fulfilling life:

There is no Big Idea for which I feel greater contempt than the suggestion that we’re all living in a simulation. The runner up is the claim that we should seek fun and fulfillment in a technologically simulated reality — the so-called metaverse or virtual reality. Now, don’t get me wrong: I loved the original…

There is no Big Idea for which I feel greater contempt than the suggestion that we’re all living in a simulation. The runner up is the claim that we should seek fun and fulfillment in a technologically simulated reality — the so-called metaverse or virtual reality. Now, don’t get me wrong: I loved the original…

Finding words for the challenge and wonder of friendship