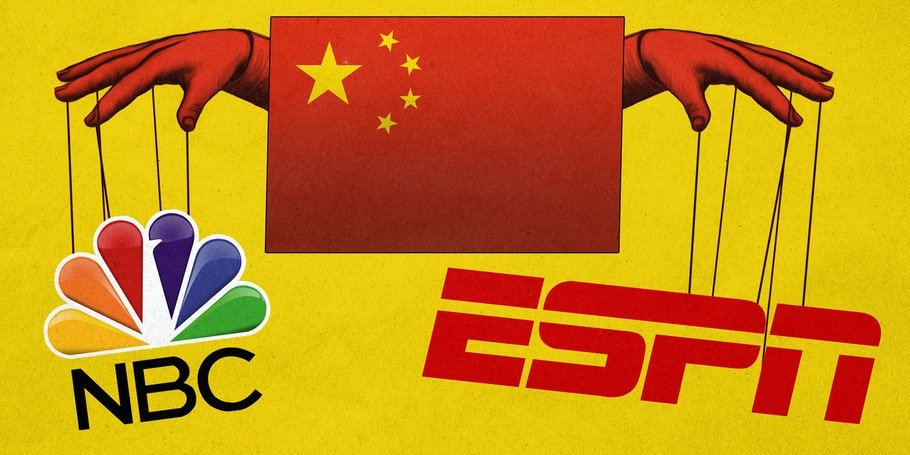 The utter folly of trying to appease the CCP in presenting the Olympics is treacherous.

Fair play is only effective if both sides are willing to agree to certain rules — and China won’t play by the rules. ESPN and NBC are willing to do verbal gymnastics to toe the neutral line in their presentation of the Olympics, but both end up sounding like propaganda pawns of the Chinese Communist Party (CCP).

The justification that both media sources cite is that America is no saint when it comes to the treatment of its own people, though NBC takes it several steps further.

According to NBC — and the CCP — America has not done as well as China in the handling of COVID-19. This is merely repeating utterly unbelievable Chinese propaganda. The number of deaths per million that the Chinese claim to have sustained is three. When you compare that to the U.S. with 2,700 deaths per million, it does appear that China had a better strategy. The problem with this claim is twofold: China unleashed the virus in the first place, therefore bragging about low death numbers is tone-deaf. Furthermore, the CCP is clearly lying about the number of deaths that country sustained. There is simply no way that a nation of 1.4 billion people, many of whom live in third world conditions, maintained a laughably low death rate.

NBC is also refusing to run an ad from Representative Mike Waltz calling out American companies that profit from Chinese slave labor. NBC would only run an ad featuring Enes Kanter Freedom if company logos were removed.

NBC also parroted the CCP party line that denies any wrongdoing against the Uyghur Muslims, even celebrating the fact that a Uyghur was selected to light the torch in the opening ceremonies.

NBC is joined by ESPN in its back-stabbing coverage.

Former ESPN writer J.A. Adande takes the CCP lie about the Uyghurs a step further. He says that even if the Chinese are committing genocide, the U.S. has no room to talk: “Who are we to criticize China’s human rights record when we have ongoing attacks by the agents of the state against unarmed citizens and we’ve got assaults on the voting rights of our people of color in various states in this country? So in sports, I think it’s possible and it’s necessary more than ever to shut everything out if you are to enjoy the actual games themselves.”

There is an obvious moral high ground that the United States possesses when it comes to standing up to China. Likening the voting “rights” non-controversy in Georgia and Texas to systematic genocide of the Uyghurs is ludicrous, flippant, and morally idiotic. The echos of this Who are we to judge? argument were also heard from NBA team owner Chamath Palihapitiya in his rant in which he smugly stated he didn’t care about the Uyghurs.

To add to all this nonsense, there is a suspicious silence regarding the actual problems going on at the Olympics. Allegations are flying from many countries’ athletes who are confined to the COVID quarantine quarters. They are being served inedible food and the accommodations are not conducive to a quick recovery. They describe it as akin to being in prison. One athlete lost so much weight due to the inadequate food provided that she claims her ribs were sticking out.

Then there is the utter inadequacy of protection that our government has garnered for our athletes. According to Senator Tom Cotton: “For months, the administration dawdled and dithered in its duty to protect our athletes, while the threats to our Olympians have become increasingly apparent. As a result, we can have no confidence in the security and privacy of our athletes in China. When Team USA goes to China, they will be monitored, their rooms will be bugged, and their electronics will be hacked. They will rely on health-tracking applications and translation services provided by Chinese companies that have been banned from the United States for spying. In short, our athletes will be in a totalitarian surveillance state that is capable of any brutality, atrocity, or crime.”

It seems pretty self-evident that ESPN and NBC, in attempting to be neutral, err on the side of CPP propaganda, American self-hate, and protecting an administration that is incapable of doing the right thing. It is a travesty and a frightening show of CCP control in our media.

By EMMY GRIFFIN February 8, 2022 in Sports The utter folly of trying to appease the CCP in presenting the Olympics is treacherous. Fair play is only effective if both sides are willing to agree to certain rules — and China won’t play by the rules. ESPN and NBC are willing to do verbal gymnastics…

By EMMY GRIFFIN February 8, 2022 in Sports The utter folly of trying to appease the CCP in presenting the Olympics is treacherous. Fair play is only effective if both sides are willing to agree to certain rules — and China won’t play by the rules. ESPN and NBC are willing to do verbal gymnastics…

Please, Somebody Gag This Leftist Hypocrite!

Dystopia Disguised as Democracy: All the Ways in Which Freedom Is an Illusion