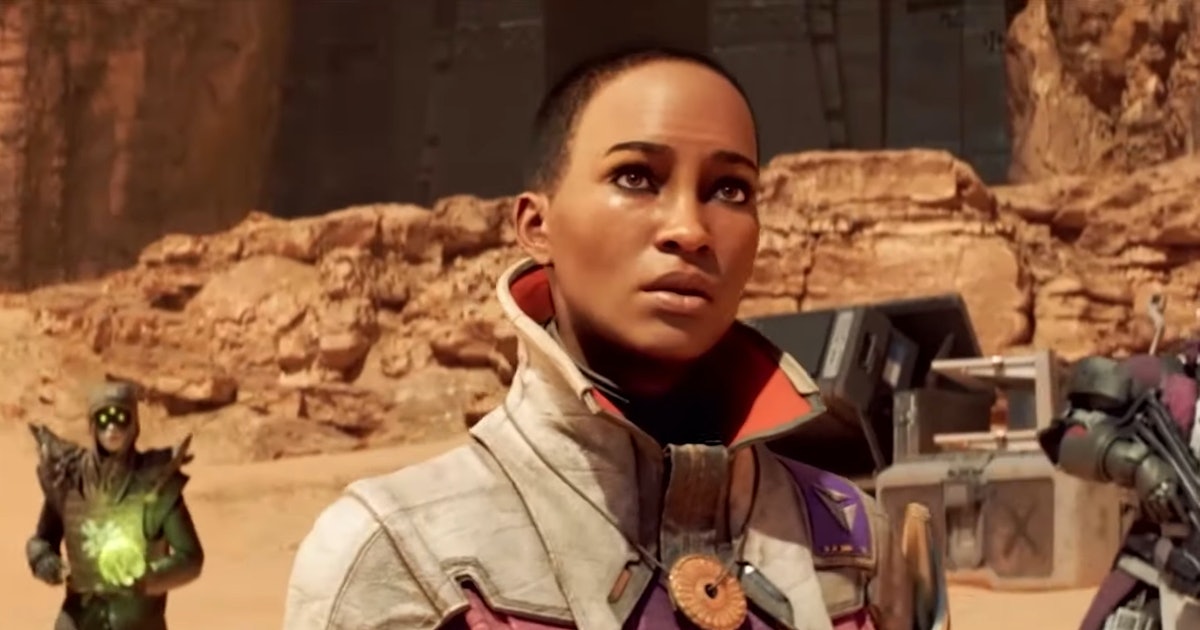 The opening mission of Destiny 2 has one of the most badass moments in the franchise’s 8-year history: Cabal alien forces are laying waste to your home, but then the Warlock Vanguard Ikora Rey (essentially the leader of the wise human space wizards) flies into view. “Red Legion!” she shouts. “You will take no more from us — and you will find no mercy in me!”

She vaults into the air, shoots a massive blast of purple Void energy from her hands into the wing of a Cabal dropship, and lands on its roof. It explodes and veers out of sight.

Ikora has been a mainstay in human leadership since the very beginning of Destiny, but she’s been grossly underutilized in the ongoing narrative. If Bungie’s latest ViDoc is any indication, however, then Ikora Rey will finally steal the spotlight in the upcoming Witch Queen expansion.

What Happened — Bungie released the latest Destiny 2 ViDoc as a livestream, subtitled “Light in the Darkness,” on Tuesday morning. At nearly 14 minutes, the video offers a mix of preview footage from the upcoming expansion — both gameplay and cutscenes — and a smattering of interviews with developers in various departments.

There are some tantalizing early looks at the Void 3.0 overhaul, which will make a classic elemental type function more like Beyond Light’s Stasis; a preview of the new Glaive weapon type; a closer look at the comprehensive new Weapon Crafting system; and most importantly, some seriously juicy story details about the dire next chapter of Destiny 2.

Why Ikora Rey is the perfect focus — The Witch Queen is all about a battle against Savathûn, the evil Hive god who gains power from deception. The last few Destiny 2 seasonal narratives revealed with a slow burn that Savathûn has had a hand in many of the game’s ongoing conflicts, even assuming the form of Osiris, a member of the human Vanguard forces. Awoken queen Mara Sov trapped Savathûn in a magical crystal when Season of the Lost began with the ultimate aim of using a ritual to strip her of her godhood and destroy her.

Savathûn pretended to be an ally to humanity for so long, helping humanity fend off her sister, Xivu Arath, and forge alliances with factions of the Cabal and Fallen alien races. Yet she clearly has some kind of ulterior motive. Along the way, through tidbits of lore and in-game dialogue, it’s Ikora who has voiced the most concern about Savathûn as she plays mind games with Crow, Zavala is distracted by Cabal Empress Caiatl, and Mara Sov’s ego leaves her overconfident.

“Everything she does is for a reason, even if it seems beyond our comprehension,” Ikora said during Season of the Splicer of Savathûn. “I want to know what she hoped to gain.”

Sadly, the entirety of The Witch Queen is already a huge spoiler that something goes awry with Mara Sov’s ritual, and Savathûn becomes more powerful than we’ve ever seen her. “I’m here to protect humanity,” Ikora says at what looks like a council meeting in the ViDoc, wielding big “I told you so!” energy.

The rest of the proverbial good guys aren’t stupid by any means, but they’ve all mostly fallen right into Savathûn’s scheming. Ikora is the group’s wise scholar, who’s retained a lot of skepticism over the last year-plus that Savathûn’s shifted into focus. Who better to command the narrative lead in a showdown with the Hive god of cunning?

Destiny 2’s ongoing Ikora Rey problem — From the very early days of the first Destiny in fall 2014, the three leaders of Earth’s Vanguard provided the personality opposite your blank slate Guardian. Commander Zavala is the de facto leader of the three, owning the spotlight in many storylines, particularly over the last couple of years as he develops a charming pseudo-romance with Empress Caiatl. He’s also always offered Vanguard bounties, functionally requiring you to interact with him on a regular basis.

Then there was Cayde-6, the game’s wise-cracking scene-stealer until his murder at the start of Forsaken. He had less of an in-game function, but he was the comedic foil in virtually every single storyline.

Particularly, in the Destiny 2 era, Ikora has almost entirely faded into obscurity. Whereas Zavala is in the main courtyard where you spawn in at the Tower ready to shower you in praise, bounties, and loot, Ikora is off in the western Bazaar area, gazing out over the horizon with “no items available.” You can technically interact with her, but there’s no reason to. It’s weird, to say the least, which is to say nothing for how problematic it is to sideline the only Black woman in the cast.

Ikora did have a notable role in Season of the Splicer, going to bat for the House of Light Fallen from May to August of 2021. But in the day-to-day of Destiny 2, she’s largely absent. Fans have commented on this for years. Some have theorized whether or not previous voice actress Gina Torres was too expensive or too busy. Bungie somewhat quietly replaced Torres with Mara Junot in May 2021, and the transition has been relatively smooth.

At long last, however, Ikora Rey will get her time in the spotlight of The Witch Queen as the driving force against Savathûn. Let’s just hope that the mysterious demise teased last year has nothing to do with her.

The opening mission of Destiny 2 has one of the most badass moments in the franchise’s 8-year history: Cabal alien forces are laying waste to your home, but then the Warlock Vanguard Ikora Rey (essentially the leader of the wise human space wizards) flies into view. “Red Legion!” she shouts. “You will take no more…

The opening mission of Destiny 2 has one of the most badass moments in the franchise’s 8-year history: Cabal alien forces are laying waste to your home, but then the Warlock Vanguard Ikora Rey (essentially the leader of the wise human space wizards) flies into view. “Red Legion!” she shouts. “You will take no more…

4 tips to try before the fix

How to watch Kirby and more