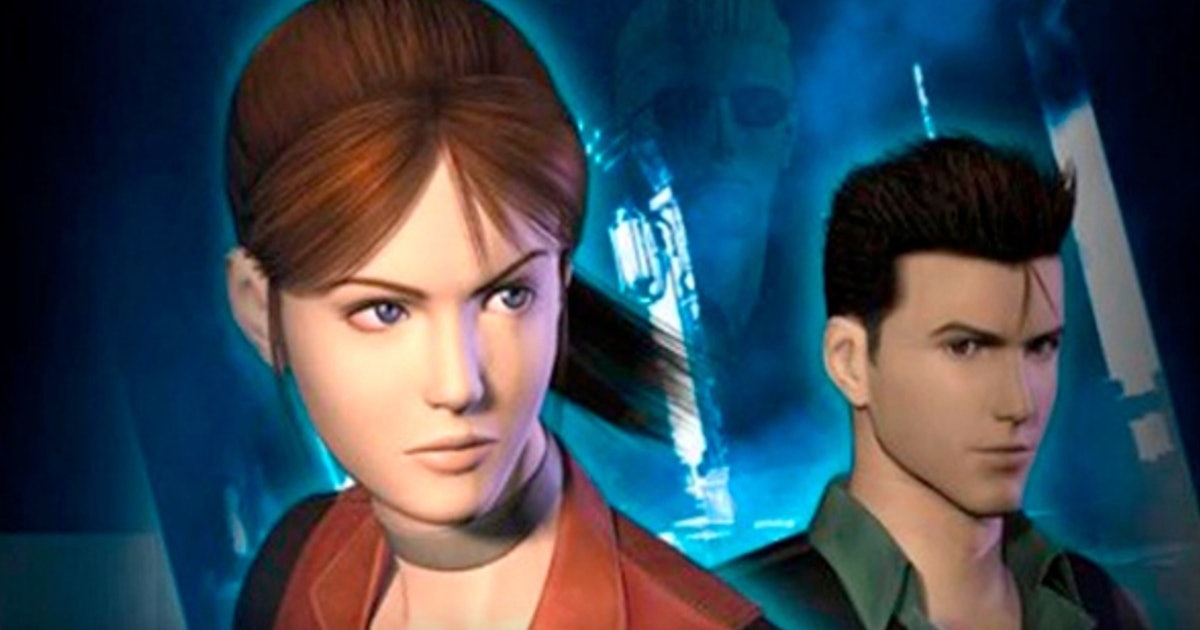 Say what you will about zombies, but they age remarkably well.

Looking back at my (many) gaming blindspots for the last two entries in this column, retro royalty Metroid Fusion and Chrono Trigger felt like no-brainers. Universally lauded even today, these pixelized prodigies are indisputably grandparents of modern gaming, inspiring more contemporary classics than I can count.

But what about the cult classics that time forgot? As the merciless passage of time marches on, we forget the scandals that had us up in arms two months ago, let alone niche games from the noughties. So, I’m swerving the 32-bit masterpieces and diving into what the internet heralds as a forgotten classic.

Helmed by beloved series creator Shinji Mikami, this oddball outing was originally envisioned as a fully numbered Resi sequel – until a last-minute Sega exclusivity deal saw it demoted to spin-off territory. Jill Valentine’s standalone caper for PlayStation was originally meant to be the side story, but thanks to the runaway success of Sony’s machine, Jill’s story was promoted to full-fat Resident Evil 3, with the true sequel hastily re-dubbed Code: Veronica.

Needless to say, Code: Veronica bombed, along with the ill-fated Dreamcast. While it was hastily reanimated for the PS2 and GameCube a few years later, for millions of gamers, Code Veronica was between mainline entries. Twenty-two years later, I’m diving into the Resi that time forgot.

The first thing that strikes me about Code: Veronica is just how ambitious it is. Featuring full voice acting, expensive 3D cutscenes, and an entirely original setting, Capcom clearly went all out for its Dreamcast debut. With Sega’s ill-fated console swiftly fading into irrelevance, you can see why Mikami publicly grumbles about his 128-bit vision for Resi being ignored.

“The company asked us to make it a numbered title. So we had to change it so it could satisfy more players, that was tough. In the end, it is a numbered title of the Resident Evil series, but the quality is a bit on the lower end.

On the other hand, Resident Evil – Code: Veronica, which isn’t a numbered title, that game is a title that deserved more to be a numbered one. It didn’t end up becoming one for political reasons between Capcom and the console manufacturing company.”

Back in the year 2000, Code: Veronica was a cutting-edge technical showcase. Moving the series away from the pre-rendered backgrounds that had come to define it, these new fully rendered 3D environments allowed for all-new, nail-biting camera perspectives.

Opting to play the game in a way that wouldn’t look like I’d smeared Vaseline all over my TV, I picked up the HD-ified Xbox 360 version, Code: Veronica X. (Fun fact: it’s currently on sale for a paltry 3.99/£2.49 in the Xbox digital store, if you fancy nabbing a blood-soaked bargain.)

Launching with a deliciously cheesy and nostalgic low-res cutscene, we find Claire Redfield storming Umbrella Corp’s Parisian HQ in a hail of bullets. Set three months after she escaped Racoon City at the end of Resident Evil 2, the fiery Redfield is looking for her MIA brother. Try as she might, even one-woman army Claire can’t take fend off the entire might of Umbrella. She is taken prisoner and shipped to the organization’s floating South Pacific prison complex, Rockfort Island. Regaining consciousness in a predictably dingy prison cell, once you grab the Resi home comforts of Claire’s lighter and combat knife, you’re on your own.

After the claustrophobic one-two of Resident Evil’s murky mansion and its macabre Raccoon City metropolis, CV’s sprawling island setting feels like a jarringly freeform death-trap. While its island archipelago locale is one that was later borrowed in Resident Evil Revelations 2, roaming the undead-infested isle feels surprisingly novel.

What feels less fresh, however, are the core mechanics. Sporting the classic tank controls of the first two games in the series, maneuvering Claire Redfield around the dimly lit environments feels like attempting to moor a particularly unruly freight ship. She’s given a likeness to Liv Tyler in the cutscenes, which feels thoroughly of its time. But her movements are so stiff, you’ll want to reach out and oil her joints as she creaks and snaps her way around each corner. It makes combat particularly stressful to my coddled modern gamer sensibilities, frantically twisting her around to aim like a broken crane.

Code: Veronica’s cutscenes have also aged like fine milk. In true classic Resident Evil fashion, this Claire Redfield adventure is told via dialogue that feels like it fell out of Google Translate, spluttered by overly earnest actors who’ve inhaled helium. The fact that this came out a year after Metal Gear Solid really shows just how far behind Capcom’s writers were at the time. (Side note, whoever plays the Nigel Thornberry-esque Alfred deserves an accolade for the most irritating and cringey voice acting ever committed to video games.)

“Code: Veronica… deserved more to be a numbered one. It didn’t end up becoming one for political reasons.”

Thankfully though, the overall vibe of Code: Veronica is still pretty enthralling. Outside of the laughable cutscenes and schlocky diary entries, the atmosphere is refreshingly eerie. Music is used sparingly, camera shots linger uncomfortably, and impeccably paced exploration and a sparing drip-feed of enemies create a memorably unsettling experience.

It helps that every other aspect of this game is designed to be unrelentingly stressful, too.

Like with any classic Resi, half of the horror comes from the petrifying lack of an autosave function. You’ll have limited ammo and no hint of the horrors lurking around the next corner. Sometimes it can take more than an hour to reach the next save-ready typewriter, and you could find yourself without the required ink ribbon to use it. The lack of resources becomes a heart-pounding source of tension in itself.

After an hour or so, the sluggish tank controls click. The once scarce ink ribbons turn up a little more often, and I soon find myself adapting to Code: Veronica‘s cadaver-y cadence. Despite its age, the simplistic HD conversion still looks fairly good in its own right, with the higher-res environments matched with the low-poly character models in a surprisingly endearing way. Traipsing your way across the same environments armed with new items and objectives still feels just as endearing as it did in the noughties, with well-worn areas regularly losing their sense of safety thanks to a surprise influx of new enemies.

Thematically, the European Gothic aesthetic lays the groundwork for Resident Evil 4 and even last year’s eighth installment, Resident Evil: Village. From the nefarious aristocratic family to the split locations, Mikami drew the blueprint for where later Resi would go — for better and for worse.

As I got further through this aging adventure, that excitement turned to frustration. One late-game boss battle saw me left with so little ammo and health that I had no choice but to get slapped silly over and over again. Code: Veronica forces you to wrangle with unwieldy tank controls and an inverted analog stick. This makes the D-pad the only sensible choice, which in turn leads to frustratingly imprecise and clunky movements in life-and-death situations.

Speaking of life-and-death situations, in the late-game plane tyrant boss fight I finally met my match. With only one herb and a few explosive arrows to my name, I found myself trapped in a cramped cargo bay, attempting to avoid lock-on damage from this hulking mutant brute. Tasked with avoiding his attacks for four periods of thirty seconds, you are supposed to heal yourself, damage him, and then use a cargo catapult to launch him out of the plane and to his demise. Unfortunately, I never got that far. Try as I might, after hours, and hours of attempts, it seemed my time with this curio had drawn to a close.

“A shiny 4K Code: Veronica would be a sure-fire hit.”

Despite my overall enjoyment and eagerness to see the final hours of Code: Veronica, I did not reach the end of this Dreamcast curio. It turned out, I had committed the cardinal Resi sin: not respecting the scarcity of herbs and ammo. After 30+ attempts of trying to topple this tyrannical turd — and a mounting urge to launch my controller out the nearest window — I finally admitted defeat.

Despite the rapturous reception given to the Resident Evil 2 remake, it’s hard not to feel like Code: Veronica is the more deserving doer-upper candidate. Thanks to its ill-fated choice of platform, Claire Redfield’s creepy caper is one that a large swath of Resi fans has never even touched. Its superb pacing and creepy set pieces make it a brilliant survival horror experience. With some modernized cutscenes and more generous resource allocation, a shiny 4K Code: Veronica would be a sure-fire hit.

While a fan-developed remake is due out later this year, whether Capcom’s lawyers allow it to see the light of day is another matter. Despite its massive frustrations and occasionally god-awful storytelling, Code: Veronica managed to lure me into its eerie world. If you have some loose change to part with, Code: Veronica X is well worth the price of a hipster coffee.

Mark my words, blocky plane behemoth — one day I will return to Rockfort Island — and I’ll take you out for good.

Late to the Party is an Inverse series that offers a fresh look at retro video game classics from a newcomer’s perspective.

Say what you will about zombies, but they age remarkably well. Looking back at my (many) gaming blindspots for the last two entries in this column, retro royalty Metroid Fusion and Chrono Trigger felt like no-brainers. Universally lauded even today, these pixelized prodigies are indisputably grandparents of modern gaming, inspiring more contemporary classics than I…

Say what you will about zombies, but they age remarkably well. Looking back at my (many) gaming blindspots for the last two entries in this column, retro royalty Metroid Fusion and Chrono Trigger felt like no-brainers. Universally lauded even today, these pixelized prodigies are indisputably grandparents of modern gaming, inspiring more contemporary classics than I…

Does coffee make your orgasms better? The science of a TikTok trend, explained