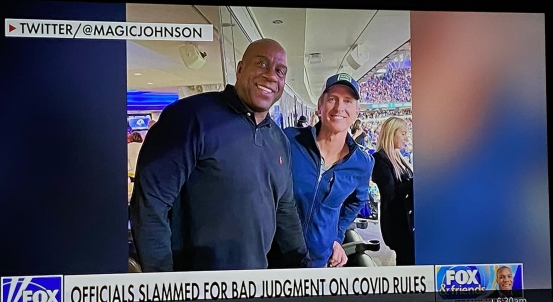 Monday Newsfeed: Dems in an Elitist State of “Waiting to Exhale” While Demanding Everyone Else Shut-Up and Obey

Posted by Maggie on February 7, 2022 in From the editors

And so we near the end of the Great Pandemic Hoax of 2019-22, an unprecedented and breathtaking power grab by governments around the world to seize powers far beyond their constitutional allotments and to transform a relatively minor flu virus — however originated and for what ill purposes — into a weapon of mass economic and emotional destruction whose effects will be felt for years and decades to come. It has been a textbook example of tyranny.

Consider it a warning shot, though, because while Covid may finally have been exposed for the non-apocalyptic event it always was, such tyranny is only the beginning until we put a stop to it. Put a stop to extra-legal “emergency” measures that are transparently and insultingly fraudulent, and which are invoked in the name of the “greater good.” Put a stop to the notion of judicially sanctioned “protected classes” in a formerly classless society. Put to stop the notion of a “New Normal” of privation, deviancy, and spiritual and material penury imposed by Leftists as they continue their centuries-old task of undermining every tenet of Western Civilization in the name of “equity” — in a world in which equality is aspirational at best and equity is impossible…

Lots of people that demand the rest of us unwashed plebs, and especially our pleb children, slap-on face masks are not lowering themselves to wear one … and pretty much all of them are democrats…

A maskless Biden strolls around the stage, shaking hands and speaking to others in close proximity.

Twitchy: There was a second deleted tweet from Stacey Abrams that could be worse than the one where she wasn’t wearing a mask

Tyler O’Neil: NYC Mayor Eric Adams caught maskless days after doubling down on mask mandate for schools: Adams’ mandate requires kids to wear masks ‘on school grounds,’ apparently with little or no exception for the outdoors

Twitchy: Here’s a photo of unmasked Barack Obama meeting with masked construction workers building his mansion in Hawaii (and possibly destroying the environment) … Barry bought the house used in the old TV show “Magnum P.I.”. Hate to tell Bam but that sea wall ain’t going to hold back the seas if they do rise because of “climate change”.

Victor Davis Hanson: Our Elite is No Elite At All: The only real recent public service of elites has been to persuade us why they were never elites at all.

Leslie Eastman: Hundreds Of Students at CA High School Arrive Maskless to Protest Gov. Newsom Hyopcrisy: Teachers barricaded the students in the lunchroom and turned down the thermostat.

By the way, y’all know when you have a COVID nasal swab test your DNA is on there too when it leaves your nose. Well, now comes the realization that as the CCP is repeatedly testing the world’s athletes for COVID during their whole time there for the Winter Olympics … and ALSO collecting their DNA.

The Sun: GOLD AT ANY COST China’s horror Winter Olympics machine sees kids ‘beaten raw’ by coaches & athletes picked in chilling DNA selection: FROM humiliating punishments to invasive DNA testing, China’s prowess on the Olympic stage has come at a hefty price to thousands of children.

“We need to censor people who spread medical misinformation.”

– People who claim men can get pregnant and menstruate

The biggest purveyors of “misinformation” over these last two years of COVID have been the WHO, CDC, and Fauci … and their mouthpieces in the China-bowing corporate MSM industrial complex…

VIDEO: Steve Hilton: Lockdown lunatics have blood on their hands

Lawrence Richard: Spotify won’t be ‘silencing’ Joe Rogan amid controversy: CEO – The statement comes as many people are calling on the platform to censor Rogan

Rebekah Koffler: The censoring of Joe Rogan is a tactic right out of old Soviet Union

If a guy with a webcam and a microphone is so threatening to the system then maybe the system is more fragile than we think. #joerogan 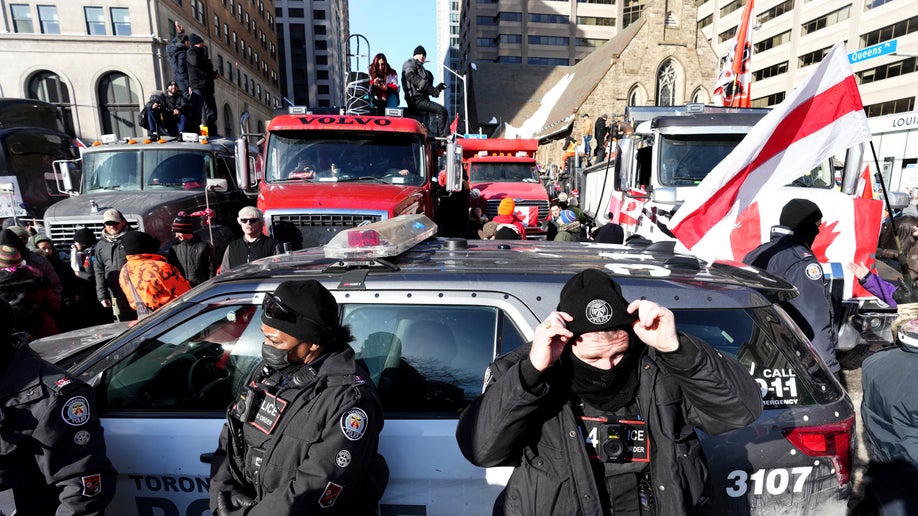 Glenn Reynolds: Truckers are starting a working-class revolution — and the left hates it 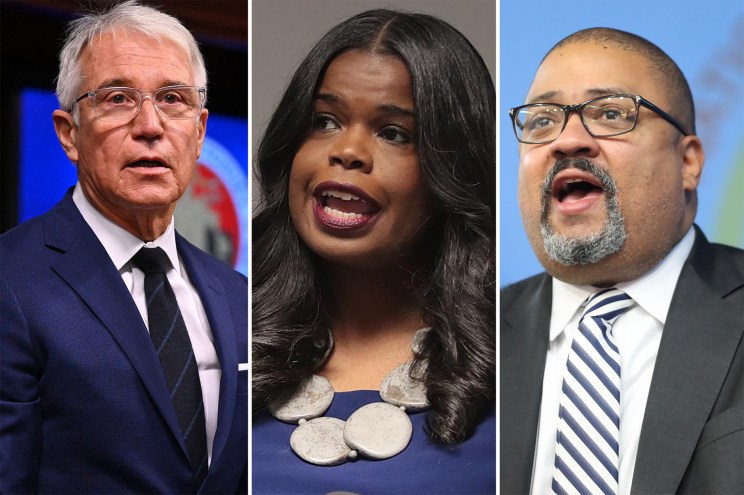 Meanwhile, in NYC, metro bus drivers are now calling for the city to give them bullet-proof vests… 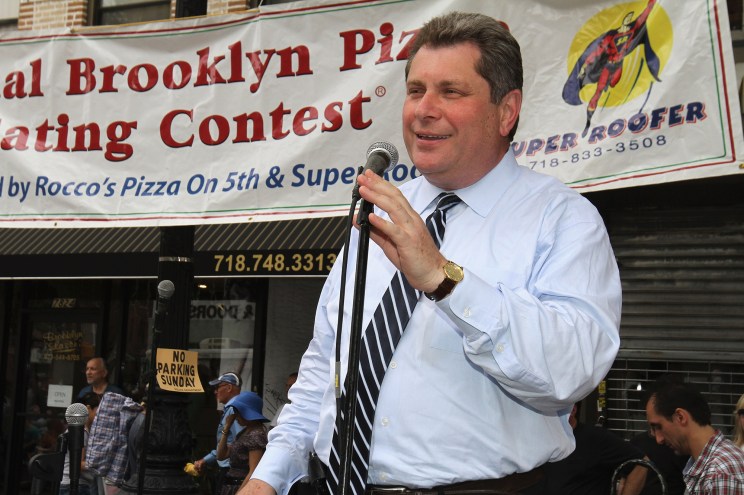 “I can’t believe everything that’s going on in the Democratic party, all the calls to ‘defund the police,’ the cancel culture. It goes against my character and my nature … Members of Democratic Party turned on the police — the people who provide safety and security to our constituents … I think this is just the beginning. I think we will see a trend. I’ve tried for a long time, but I don’t think I can change the Democratic party from the inside out, so it’s time to work from the outside.” …

David Catron: Why Biden Will Pick a Radical Replacement for Breyer: He needs a major confirmation fight with the Republicans in order to whip up his base.

Michael Lee: AOC heading to Texas to campaign against Democratic colleague: Jessica Cisneros is looking to unseat incumbent Rep. Henry Cuellar … Cuellar has been the target of the dems and the Biden feds of late. The Congressman has not been far left enough, and has publicly voiced his disapproval of Biden’s policies, especially on the U.S. border. And that pisses-off Sandy.

And then there is our Second Amendment: Biden and the ATF backdooring an illegal ‘federal firearm registry’…

The Biden administration has disclosed that it possesses firearm purchase records by Americans that adds up to almost one billion, contrary to what members of Congress were aware of, on the heels of an investigation last year showing the Bureau of Alcohol, Tobacco, Firearms, and Explosives (ATF) has records on more than 54 million transactions.

ATF acknowledged in a letter to Rep. Michael Cloud (R-TX), which was obtained by The Washington Free Beacon, that it currently has records of more than 920 million gun purchase records. Cloud launched a probe after the outlet reported on the stockpiling of records, which he called a “federal firearm registry” that is “explicitly banned by law.”

The agency has been transferring hard copies of the records to a digital database used to find guns related to criminal activity, even though ATF denies that its records are intended to track owners. More than 850 million of the records can be accessed digitally, the agency reported. The documents can then be digitally searched with optical character recognition technology…

Posted by Maggie on February 7, 2022 in From the editors I guess COVID doesn’t photo-bomb, huh? It’s not hypocrisy. It’s hierarchy. pic.twitter.com/d4aipvxtkq — Christina Pushaw 🐊🚛 (@ChristinaPushaw) February 6, 2022 Real history will reveal that these last two years was left in this country’s weaponizing of the China bio-weapon… Michael Walsh: THE COLUMN: Sic Semper Tyrannis And so we near the end of the Great Pandemic…

Posted by Maggie on February 7, 2022 in From the editors I guess COVID doesn’t photo-bomb, huh? It’s not hypocrisy. It’s hierarchy. pic.twitter.com/d4aipvxtkq — Christina Pushaw 🐊🚛 (@ChristinaPushaw) February 6, 2022 Real history will reveal that these last two years was left in this country’s weaponizing of the China bio-weapon… Michael Walsh: THE COLUMN: Sic Semper Tyrannis And so we near the end of the Great Pandemic…