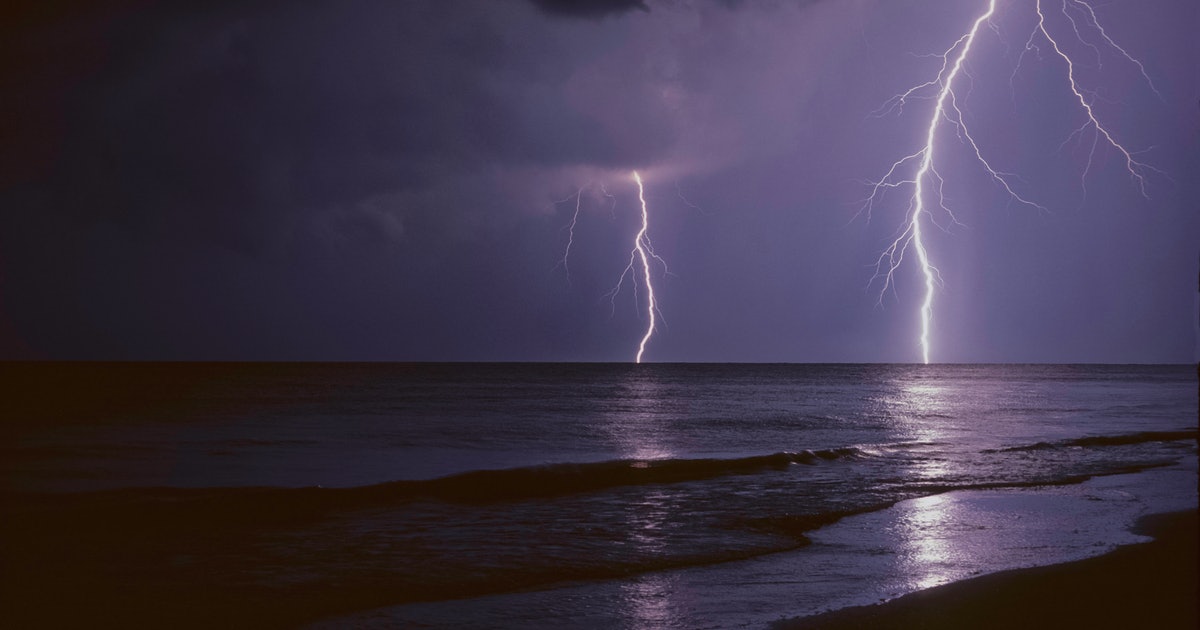 Look! This 477-mile-long lightning bolt is the longest ever

It’s official: Inverse Daily readers love trees. You love all kinds of trees — white pines, red oaks, and redwoods, and more. Cindy O. enjoys cottonwoods, which she planted at three of her different homes. Penny W. loves the black locust, which she says “provided the teenage me an elevated view of my flat land world.” Many of you are fans of maple trees, which Sara N. notes gives her the “gift of my favorite food amendment of all: maple syrup.”

What about trees struck by lightning? In this Inverse Daily, you’ll learn about two record-breaking lightning bolts and more science discoveries to do with black holes — and some news about self-driving cars. Thank you all for sharing your trees with us, now let us share stories with you.

This is an adapted version of the Inverse Daily newsletter for Monday, February 7, 2022. Subscribe for free and earn rewards for reading every day in your inbox. ✉️

Lightning is a striking reminder that nature is bursting with power that it’s not afraid to use. And it’s getting more bold. “In recent years, both North and South America experienced some of the biggest and brightest bolts ever recorded, according to the World Meteorological Agency (WMO),” writes Jennifer Walter.

On February 1 2022, the WMO announced “two record-breaking lightning strikes,” one of which flashed across 477.2 miles, the other of which shot across the sky for over 17 seconds. These impressive strikes may be met with fear by your storm-averse dog, but you’re likely not to experience such extreme wrath. These “megaflashes” don’t “occur during ordinary thunderstorms,” writes Walter.

“But the Great Plains region and La Plata Basin, where the storms that produced the record-breaking strikes passed through, are known lightning hotspots,” Walter continues.

Soon, space will do something for the first time… maybe. “In a galaxy located 1.2 billion light years from Earth,” writes space writer Passant Rabie, “a pair of black holes could potentially be engaged in a gravitational tango, pulling closer to one another until they merge as one supermassive black hole.”

The timeline for the literally astronomical event is a bit fuzzy — Rabie writes it could happen “as soon as 100 days, or up to three years from now.” But some researchers doubt it will happen at all, feeling skeptical that black holes will continue to close their distance.

But, at least for now, the black holes are getting cozy with each other. Although scientists initially thought they were looking at a light curve “coming from a binary pair of black holes,” further observation revealed that “the separation between the two black holes was getting more narrow, changing from one light year to one light month within three years of observations.”

When two black holes love each other very much: The gentler side of black holes

Tesla’s Full Self-Driving software is a bit confusing. Despite what the name says, the software doesn’t allow your car to drive completely autonomously. It’s more like Remy from Ratatouille for your car, requiring your full attention and your ability to override it at any time.

Because the software is still in its infancy, it’s prone to mistakes — though, Tesla might say the same about human drivers. A pursuit of “human” driving is the reason why Tesla intentionally programmed Full Self-Driving to perform a “California roll” or “rolling stop” under certain conditions. Though the software has implemented rolling stops since October 2020, the company recently reversed the decision in a recall that will affect 53,822 vehicles.

That’s because “despite the slang term, cars must come to a full stop at a stop sign according to California law,” writes Mike Brown. “While it could help traffic move faster, the law is the law.” Since there have been no publicized accidents associated with Tesla’s rolling stop, the decision to recall is somewhat controversial.

You can’t roll through this: Tesla sexual harassment allegations reveal an endemic issue

“A newly discovered, highly virulent variant of the HIV virus should serve as a cautionary tale about the future of Covid-19,” writes Katie MacBride. “The finding, revealed Thursday in the journal Science, is a reminder that we can’t be certain of how any highly transmissible virus will evolve.”

In the study, scientists describe a new, more malicious variant of HIV that has afflicted the Netherlands in the last decade. Researchers emphasize that the public shouldn’t be worried about this particular strain of HIV, but that “prevention is better than cure.” That logic applies to Covid-19, too.

“The more we take a let-it-rip attitude toward SARS-CoV-2, the more we increase the chances that a more transmissible and virulent variant will emerge,” writes MacBride. “While strict lockdowns may no longer make sense, basic mitigation measures like using N95 masks in indoor, public spaces make us all safer in the short term and the long term.”

History repeats itself: Covid-19 could become the next cholera

It’s official: Inverse Daily readers love trees. You love all kinds of trees — white pines, red oaks, and redwoods, and more. Cindy O. enjoys cottonwoods, which she planted at three of her different homes. Penny W. loves the black locust, which she says “provided the teenage me an elevated view of my flat land…

It’s official: Inverse Daily readers love trees. You love all kinds of trees — white pines, red oaks, and redwoods, and more. Cindy O. enjoys cottonwoods, which she planted at three of her different homes. Penny W. loves the black locust, which she says “provided the teenage me an elevated view of my flat land…