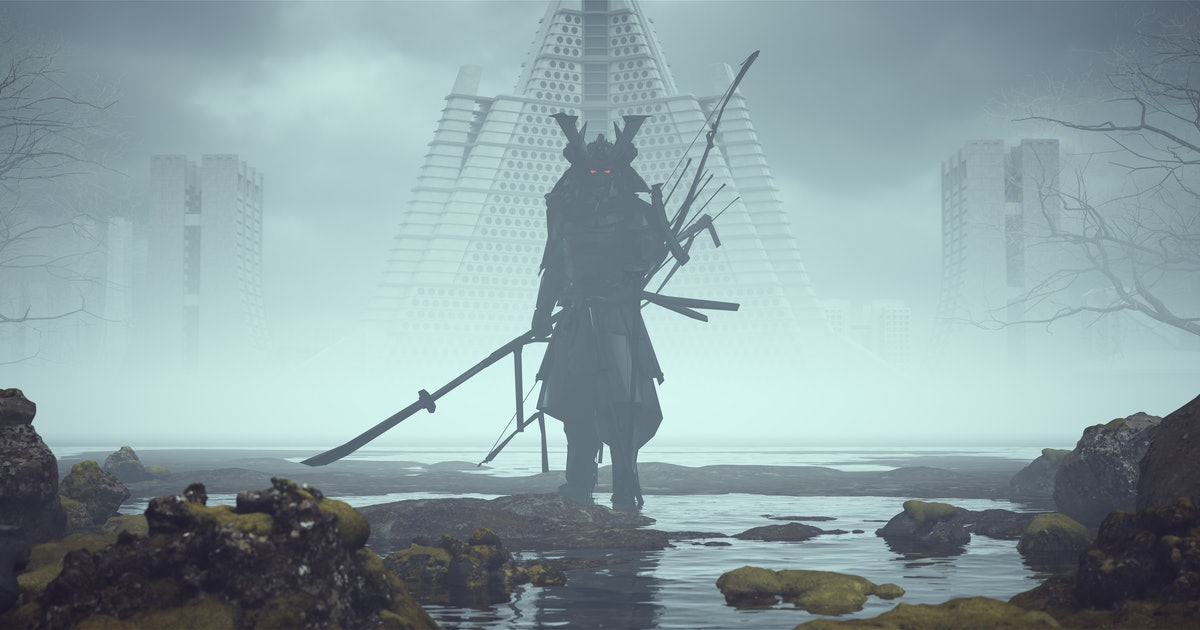 From 1915 through 1922, author Dashiell Hammett worked for the Pinkerton National Detective Agency. While the Pinkertons had once been Abraham Lincoln’s security guards, by the 20th century they had moved to infiltrating and busting union movements. Hammett was sent to Montana with the goal of destroying unions from the inside.

It’s unclear what Hammett did during his time in Montana, but we do know that union organizer and anti-war activist Frank Little was lynched while Hammett was in the state. As a member of the International Workers of the World, Little gained enemies wherever he went. After a mining disaster in 1917 he started giving speeches encouraging workers to attack capitalists rather than the Germans who were officially America’s enemies in World War One.

Screenwriter Lillian Hellman wrote in her memoirs that Hammett, her partner, said he’d been offered $5,000 to kill Little. He refused, but as Hellman writes, “through the years he was to repeat that bribe offer so many times that I came to believe … that it was a kind of key to his life. He had given a man the right to think he would commit murder.”

This forgotten piece of history played an outsized role in global cinema. It inspired Hammett to write pulp novels like Red Harvest and The Glass Key, and these novels would inspire Japanese director Akira Kurosawa to craft one of his many masterworks, 1961’s Yojimbo. Yojimbo, in turn, would inspire movie after movie for decades.

Yojimbo was so influential to Sergio Leone’s A Fistful of Dollars that Kurosawa ended up suing Leone. But Yojimbo’s legacy is everywhere. From John Wick to the Mandalorian, Yojimbo set the cinematic standard of a lone wolf against an army.

But historic praise ignores the fact that Yojimbo is extremely fun to watch. Masaru Sato’s score, which bounces along with the plot, is surprisingly jazzy for a samurai movie. The smaller characters are all memorable, from Kannuki (Tsunagoro Rashomon), the massive enforcer with a giant mallet, to the dim-witted Inokichi (Daisuke Katō), a vicious gangster who has to use his hands to realize that four is greater than two.

But the main attraction here is the yojimbo (bodyguard), a man who goes by Kuwabatake Sanjuro (Toshiro Mifune). That’s not his real name — it roughly translates to Mulberry Thirty-Year Old — and it was picked by looking out at a field. But regardless of who he is, he won’t be forgotten by anyone he encounters.

Yojimbo starts with the masterless samurai wandering the countryside, throwing a stick in the air and following its path. He soon encounters a farmer and his son (Yosuke Natsuki) quarreling, the older man telling the younger not to abandon his duties on the farm. But screw that, the young man says, I’m going to become a gambler in town. Live fast and die young, I’m sick of eating your gruel!

Following the young man, the samurai finds a village owned part and parcel by two rival “gamblers,” clearly just gang bosses who pay wanted criminals to keep the townspeople in line. These criminals empty out of their respective lairs like clowns leaving cars, seemingly endless in number and in taunts. Without anywhere to go, the samurai stops into a restaurant where business is so bad all tavern owner Gonji (Eijirō Tōno) has to offer is cold rice.

This doesn’t bother the samurai, who happily eats Gonji’s food while ignoring his pleas to leave. Instead, he wants to learn everything about how this town got this way. There was once just one boss, Seibei (Seizaburo Kawazu), but his decision to leave his vast holdings to his son caused his lieutenant Ushitora (Kyū Sazanka) to split away. The two are now locked in a perpetual struggle, and the only non-gang member in town making any money is the coffin maker (Atsushi Watanabe). The samurai decides that both sides would be better off dead, and decides to trick them into destroying each other.

What follows is a psychological game where Sanjuro plays off each faction’s greed and stupidity. He kills three of Ushitora’s men with ease, establishing himself as a lethal sword-for-hire, and drives up the price on a desperate Seibei. While Seibei plans on betraying Sanjuro by sending him into battle quickly and killing him afterwards, Sanjuro overhears the scheme and betrays Seibei at high noon, when the battle was supposed to begin. Instead, he climbs up a rickety tower and watches on in laughter as the two sides are terrified of facing each other.

The schemes only get more intricate as Sanjuro’s initial plan is complicated by the arrival of various characters, like a corrupt government official and Unosuke (Tatsuya Nakadai), who has the one thing he doesn’t: a gun. But in the end, Sanjuro is simply the coolest guy.

Mifune is completely dedicated to the character, playing him with the nonchalance that would later influence Han Solo. Nearly every element of Yojimbo will be familiar to a modern viewer, from how the main character hides in plain sight to the gorgeous showdowns. But even with an understanding of these tropes, it’s still a delight.

Yojimbo is streaming on HBO Max.

From 1915 through 1922, author Dashiell Hammett worked for the Pinkerton National Detective Agency. While the Pinkertons had once been Abraham Lincoln’s security guards, by the 20th century they had moved to infiltrating and busting union movements. Hammett was sent to Montana with the goal of destroying unions from the inside. It’s unclear what Hammett…

From 1915 through 1922, author Dashiell Hammett worked for the Pinkerton National Detective Agency. While the Pinkertons had once been Abraham Lincoln’s security guards, by the 20th century they had moved to infiltrating and busting union movements. Hammett was sent to Montana with the goal of destroying unions from the inside. It’s unclear what Hammett…

Why do cats sleep so much? Pet experts have the answer