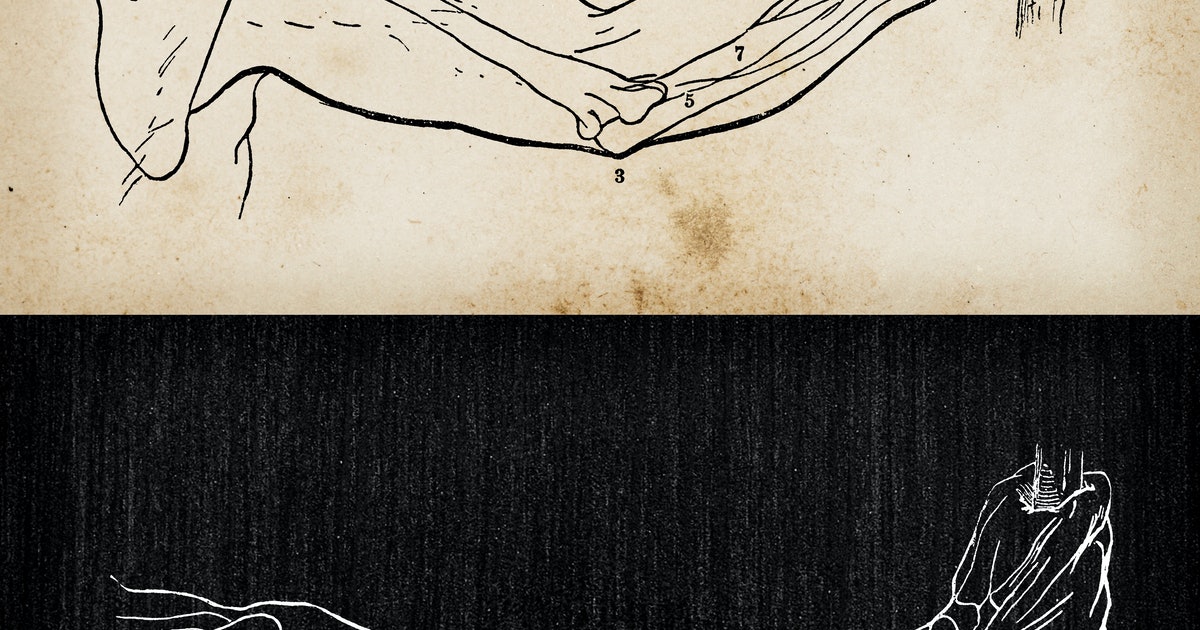 A ground-breaking new technology regrew a frog’s lost leg — and it could work for humans, too

Our bodies connect us to the world. When people lose parts of their bodies to disease or traumatic injury, they often feel that they’ve lost a part of who they are, even experiencing grief akin to losing a loved one. Their sense of personal loss is justified because unlike salamanders or snarky comic book characters like Deadpool, adult human tissues generally do not regenerate — limb loss is permanent and irreversible.

While there have been significant advances in prosthetic and bionic technologies to replace lost limbs, they cannot yet restore a sense of touch, minimize the sensation of phantom pains or match the capabilities of natural limbs. Without reconstructing the limb itself, a person won’t be able to feel the touch of a loved one or the warmth of the sun.

We are researchers in regenerative and developmental biology and biomedical engineering. Our recent study in the journal Science Advances showed that just 24 hours of a treatment we designed is enough to regenerate fully functional and touch-sensitive limbs in frogs.

How do limbs regenerate?

During very early development, cells that will eventually become limbs and organs arrange themselves into precise anatomical structures using a set of chemical, biomechanical and electrical signals. In considering ways to regenerate limbs, we reasoned that it would be much easier to ask cells to repeat what they already did during early development. So we looked for ways to trigger the “build whatever normally was here” signal for cells at the site of a wound.

One of the major challenges in doing this, however, is figuring out how to create an environment that encourages the body to regenerate instead of forming scars. While scars help protect injured tissue from further damage, they also change the cellular environment in ways that prevent regeneration.

Axolotls are known for their powerful regenerative abilities.

Some aquatic animals such as the axolotl have mastered regeneration without scar formation. And even in early human development, the amniotic sac provides an environment that can facilitate regenerative mechanisms. We hypothesized that developing a similar environment could override scar formation at the time of injury and allow the body to reactivate dormant regenerative signals.

To implement this idea, we developed a wearable device made of silk hydrogel as a way to create an isolated chamber for regeneration by blocking other signals that would direct the body to develop scars or undergo other processes. We then loaded the device with a cocktail of five drugs involved in normal animal development and tissue growth.

We chose to test the device using African clawed frogs, a species commonly used in animal research which, like humans, does not regenerate limbs in adulthood. We attached the device onto one leg stump for 24 hours. We then removed the device and observed how the site of the lost limb changed over time. Over the course of 18 months, we were amazed to find that the frogs were able to regenerate their legs, including fingerlike projections with significant nerve, bone, and blood vessel regrowth. The limbs also responded to light pressure, meaning that they had a restored sense of touch, and allowed the frog to return to normal swimming behavior.

Interestingly, the limbs of the frogs treated with the device and the drug cocktail weren’t perfectly reconstructed. For example, bones were sometimes fragmented. However, the incompleteness of the new limb tells us that other key molecular signals may be missing, and many aspects of the treatment can still be optimized. Once we identify these signals, adding them to the drug treatment could potentially fully reverse limb loss in the future.

The future of regenerative medicine

Traumatic injury is one of the leading causes of death and disability in Americans. And limb loss from a severe injury is the most frequent source of lifelong disability. These traumatic injuries are often caused by automobile accidents, athletic injury, side effects of metabolic diseases such as diabetes, and even battlefield injuries.

The possibility of decoding and awakening dormant signals that enable the body to regenerate parts of itself is a transformative frontier in medical science. Beyond regrowing lost limbs, regenerating heart tissue after a heart attack or brain tissue after a stroke could extend the life and dramatically increase its quality. Our treatment is far from being ready to use in humans, and we only know that it works when applied immediately after injury. But uncovering and understanding the signals that allow cells to regenerate means that patients may not have to wait for scientists to really understand all the intricacies of how complex organs are constructed before they can get treated.

Making a person whole again means more than just replacing their limb. It also means restoring their sense of touch and ability to function. New approaches in regenerative medicine are now beginning to identify how that may be possible.

This article was originally published on The Conversation by Michael Levin and David Kaplan at Tufts University and Nirosha Murugan at Algoma University. Read the original article here.

Our bodies connect us to the world. When people lose parts of their bodies to disease or traumatic injury, they often feel that they’ve lost a part of who they are, even experiencing grief akin to losing a loved one. Their sense of personal loss is justified because unlike salamanders or snarky comic book characters…

Our bodies connect us to the world. When people lose parts of their bodies to disease or traumatic injury, they often feel that they’ve lost a part of who they are, even experiencing grief akin to losing a loved one. Their sense of personal loss is justified because unlike salamanders or snarky comic book characters…

How a volcano eruption helped prove a 200-year-old theory

Which mask is better for Covid-19?