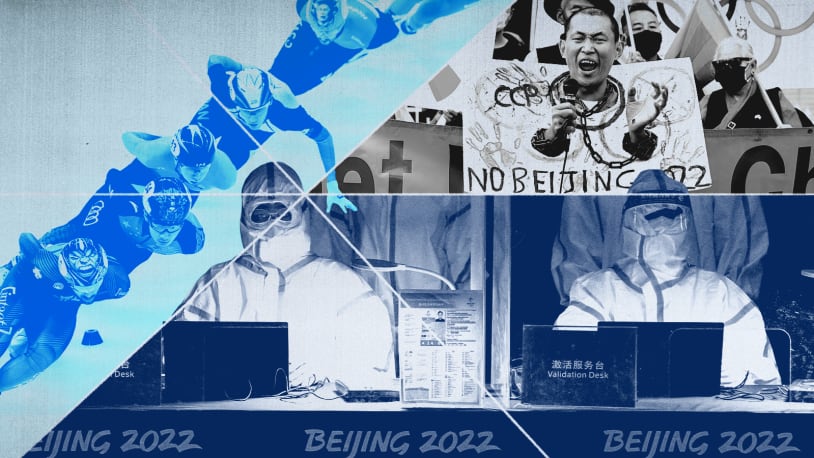 Everything you need to know about the Beijing Olympics

Running February 4th through the 20th, the 2022 Winter Olympics in Beijing will be different, and not just because of the coronavirus pandemic. The United States and several other countries have said they won’t send diplomatic representation in protest of China’s human rights violations, and there are several new events on the schedule. Here’s everything you need to know about this year’s games:

Why are some countries diplomatically boycotting the Olympics?

Most countries, including the United States, United Kingdom, Canada, and Denmark, are citing human rights abuses in Xinjiang province, where Uyghurs and other mostly Muslim minorities are being forced into indoctrination camps by the Chinese government. “It is no secret that we from the Danish side are very concerned about the human rights situation in China,” Foreign Minister Jeppe Kofod said in January. Several German government ministers said they are boycotting over China’s treatment of tennis star Peng Shuai, who accused a high-ranking member of the Chinese Community Party of sexual assault and later disappeared from public view for several weeks.

What were the protocols for athletes to enter China?

In order to get to Beijing, athletes had to test negative for COVID-19 two times within 96 hours of their chartered flight to China, and again when they arrived. If they tested positive once in Beijing and were asymptomatic, they were sent to an isolation hotel, only able to leave after having two negative PCR tests at least 24 hours apart and continuing not to show any symptoms. Anyone experiencing symptoms, like a fever or cough, received medical treatment at a hospital. If the athlete tested negative upon arrival, they could enter the “closed loop system.” The doctor for the U.S. Olympic Team told The Associated Press last month that every single member of Team USA has been vaccinated against the coronavirus, and no one asked for a medical exemption.

What is the closed loop?

It’s the bubble that the athletes and others involved in the Olympics, including journalists and people working the games, are living in for the next few weeks. All competition and training venues, housing accommodations, and transportation is inside the closed loop. The goal is to keep COVID-19 from entering and spreading, and there is regular testing. People also must wear an N95 mask or the equivalent except when they are “training, competing, eating, drinking, [or] sleeping.” Social distancing rules are in effect, and in order to gain access to a competition or training venue, individuals must have their temperature checked. Once inside the closed loop, athletes can’t leave.

Will there be spectators?

Because of the pandemic, it was decided last year that tickets would not be made available for international visitors. On Wednesday, organizers said that about 150,000 locals will be invited to watch certain events. The invitations are expected to go out to “international friends residing in China’s mainland, members of diplomatic missions, and marketing partners,” as well as “winter sports enthusiasts” and area residents and school children, AP reports.

Are there any new events?

Yes, seven, to be exact: women’s monobob (bobsled); men’s and women’s freestyle big air skiing; mixed team relay in short track speed skating; mixed team ski jumping; mixed team snowboard cross; and mixed team freestyle skiing aerials. In total, there will be 109 events, with roughly 2,900 athletes competing. The International Olympic Committee says it expects this to be the most “gender-balanced edition of the Olympic Winter Games to date,” with men making up 55 percent of the athletes and women 45 percent.

Who are some of the athletes to watch?

There are more than 200 elite athletes on Team USA going for the gold, and several are already standing out before the games have even started. Erin Jackson, the world’s top female speed skater, will be making her second appearance at the Olympics, and is the one to beat in the women’s 500-meter. Alpine skier Mikaela Shiffrin already has two gold medals to her name, and aims to compete in all five individual events. This will likely be snowboarding star Shaun White’s final Olympics — the three-time gold medalist told Rolling Stone he would like to retire after the games. In January, Nathan Chen won the U.S. Figure Skating Championship, becoming the first skater in 70 years to win six titles in a row, and he’s looking for a victory in Beijing, too. Fans of Cool Runnings, take note: Jamaica’s four-man bobsled team will be competing in the games, for the first time in 24 years.

How can I watch the Olympics?

In the U.S., you can catch the action — all 2,800 hours of it — on NBC, USA Network, and CNBC. Online, coverage will be available at NBCOlympics.com and YouTube TV. The Peacock streaming service will offer Premium users live and on demand access to every single event. FYI: Beijing is 16 hours ahead of the Pacific time zone and 13 hours ahead of the Eastern time zone, so plan your spectating accordingly.

When will the Paralympics begin?

The Paralympic Winter Games for athletes with disabilities will start on March 4 in Beijing and run through March 13. This year, for the first time ever, NBC will air primetime coverage of the Paralympics, USA Today Sports reports. The opening and closing ceremonies will air on USA Network, and some events will be shown on NBC, Peacock, USA Network, Olympic Channel, and the NBC Sports app. Viewers with Premium access can livestream all events on Peacock.

Running February 4th through the 20th, the 2022 Winter Olympics in Beijing will be different, and not just because of the coronavirus pandemic. The United States and several other countries have said they won’t send diplomatic representation in protest of China’s human rights violations, and there are several new events on the schedule. Here’s everything…

Running February 4th through the 20th, the 2022 Winter Olympics in Beijing will be different, and not just because of the coronavirus pandemic. The United States and several other countries have said they won’t send diplomatic representation in protest of China’s human rights violations, and there are several new events on the schedule. Here’s everything…