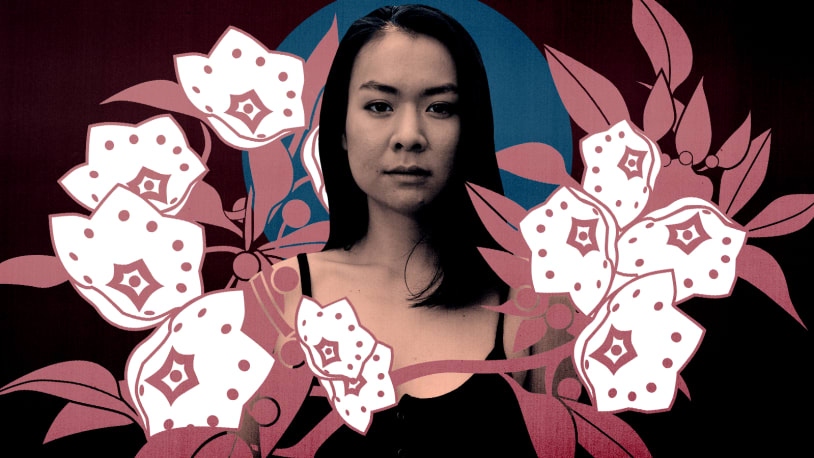 Mitski makes peace with herself on the extraordinary Laurel Hell

I turn 26 this week. It’s an age that once seemed so out of reach, but now it’s staring me in the face, bringing with it the threatening call of the late-20s — a period of my life I’m certainly not loath to begin, but have struggled to wrap my head around.

And yet. I feel comfortable with, happy, pleased, and — dare I say — even excited about the idea of getting older. I’m not who I thought I’d be at this age, but I’m not upset with how I’m turning out, either. I’ve forgiven myself (or am trying to) for the things I both have and haven’t done. And perhaps that’s why the message of genre-bending indie rock oracle Mitski’s newest album, Laurel Hell, out Friday, resonated so strongly with me — that it’s only by making peace with where you are and who you are that you might truly move forward, and become better.

Also, you should dance while you figure it all out.

Named after the stretches of beautiful-but-poisonous mountain laurel found in the southern Appalachians — botanical obstacle courses with the power to kill — Laurel Hell is self-examination, atonement, and actualization rolled into one potent package. It’s tighter, more upbeat, and (in my opinion) better than 2018’s acclaimed Be the Cowboy; it’s a meditation on what Mitski wants, who Mitski wants, and how she wants them.

“I liked the notion of being stuck inside this explosion of flowers and perhaps even dying within one of them,” the 31-year-old artist said, explaining the name of her album to Zane Lowe on Apple Music 1. “I can’t get out, but it’s beautiful,” she went on to Rolling Stone. Trapped she might be, however, Mitski is plotting a path forward by simply reveling in where she is.

The singer-songwriter has been working on this latest batch of songs since 2018, dating before her much-decried hiatus from music that began in 2019 following a final show at Central Park’s Summerstage. It’s fitting, then, that her comeback is shaped around the ominously upbeat “Working for the Knife,” the album’s first single and second track behind “Valentine, Texas,” Laurel Hell‘s slow-building rock ‘n’ roll intro. In “Working for the Knife,” listeners hear Mitski’s reluctance to return to making music for the Man; it’s a toxic relationship, sure, but it’s part of who she is. She opens the song, which she wrote in 2019, admitting, “I cry at the start of every movie / I guess ’cause I wish I was making things too,” before later capitulating that though “the road ahead appears the same,” maybe soon she’ll “see a way to change.”

“What it came down to was, ‘I have to do this even though it hurts me, because I love it,'” Mitski told Rolling Stone. “‘This is who I am. … I’m going to keep getting hurt, and I’m still going to do it, because this is the only thing I can do.'” Still, she needed “something peppy” to help her along. And so, after many iterations, the electric synths and tragic lyrics of Laurel Hell were born.

Nowhere is Mitski’s classic happy-and-sad contrast more apparent than “The Only Heartbreaker,” a melancholy dance anthem about knowing you’re the problem half of a relationship. “I’ll be the loser in this game / I’ll be the bad guy in this play,” she croons over jazzy synths, “I’ll be the water main that’s burst and flooding / You’ll be by the window, only watching.” It’s infectious, danceable, and oh-so-sad. Complementing “The Only Heartbreaker” is the upbeat “Love Me More,” a fast-paced, almost chaotic plea for affection — not from someone else, but seemingly from herself to herself. Clean it up, drown it out, find a way to keep moving, she begs through song.

More forgettable are the album’s slower tracks — namely “Everyone,” which abandons Laurel Hell’s high-energy melancholia for something akin to Mitski projects past. The lyrics lonely and potent, it’s not that the song fails to convey a message; it’s that it lacks the emotional lift achieved before. The penultimate ballad “I Guess,” on the other hand, packs a satisfactory homage to Mitski’s music of yore, even despite its pace. Underneath her capitulations and lamentations (“I guess this is the end / I’ll have to learn / To be somebody else”) is something that sounds delightfully similar to the quintessential “Your Best American Girl” from 2016.

The album’s very best offering, however, falls right at its close. “That’s Our Lamp,” Laurel Hell‘s final track, would be almost goofy if it weren’t so packed with metaphor. Delightfully specific, anachronistically loopy, and quite Be the Cowboy-esque, “That’s Our Lamp” paints the potent vignette of a couple on the verge of ruin, fighting yet again until someone’s out the door. And only on the sidewalk does the deserter see the light of a lamp, shining from the bedroom of the couple’s shared apartment, either beckoning them home or illuminating the memory of something no longer there, something they might opt to leave behind. Will they go, or will they decide to stay?

Much like it was Mitski’s, the choice is theirs, yours, ours.

I turn 26 this week. It’s an age that once seemed so out of reach, but now it’s staring me in the face, bringing with it the threatening call of the late-20s — a period of my life I’m certainly not loath to begin, but have struggled to wrap my head around. And yet. I feel comfortable…

I turn 26 this week. It’s an age that once seemed so out of reach, but now it’s staring me in the face, bringing with it the threatening call of the late-20s — a period of my life I’m certainly not loath to begin, but have struggled to wrap my head around. And yet. I feel comfortable…