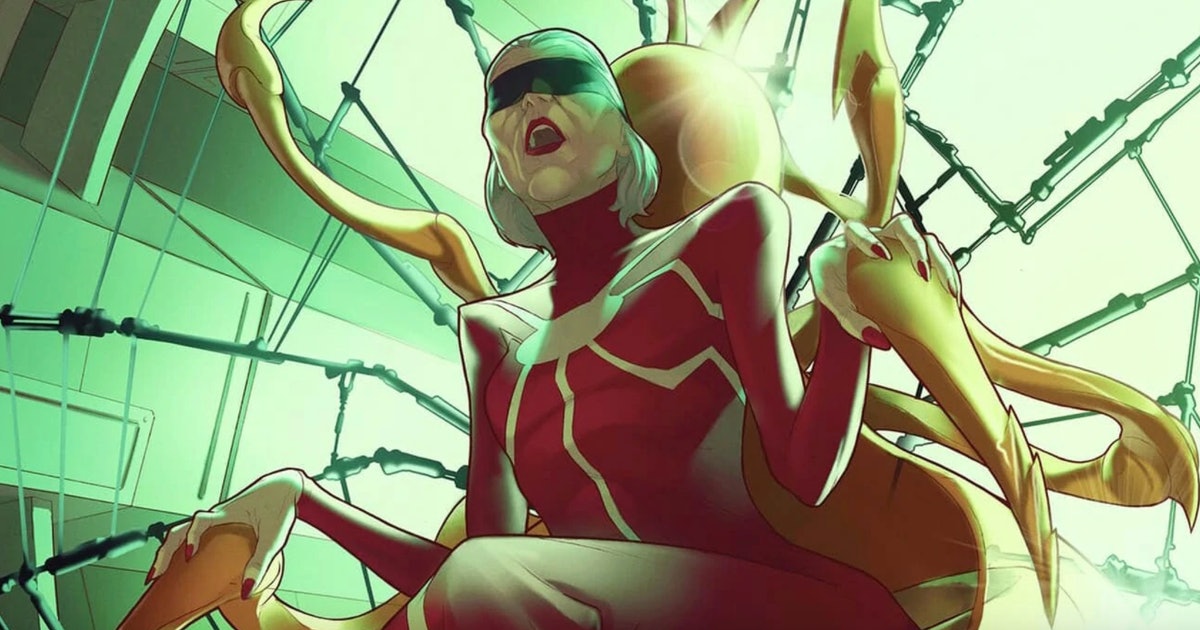 Sony will bring another big name to its growing Spider-Man cinematic universe. After kicking off with 2018’s Venom, the studio’s interconnected superhero franchise is in the midst of a major expansion that continued last year with the release of Venom: Let There Be Carnage. Moving forward, the studio’s plans for its cinematic universe of Spider-Man characters already include Morbius and the Aaron Taylor-Johnson-led Kraven the Hunter.

Now, Sony has cast the lead in another of its other planned Spider-Man movies, one which will bring a powerful and exciting comic book character to life on-screen in a way most fans probably didn’t expect.

According to Deadline, Sony has officially cast The Lost Daughter actress Dakota Johnson as Madame Web in a standalone film centered on the character. The project will be directed by S.J. Clarkson (Jessica Jones) and position Johnson’s Madame Web to a Doctor Strange-esque figure in Sony’s Spider-Man Universe.

Now, to Sony’s credit, Madame Web is the kind of character who could easily serve as an all-knowing figure within its cinematic universe. However, just by casting Johnson in the role, Sony has already signaled to fans that its version of Madame Web will be very different from the character comic book readers have come to know over the years.

Who is Madame Web?

In the comics, Cassandra Webb was born blind and with a condition known as myasthenia gravis, an actual disease that can make a person’s muscles extremely weak and prone to fatigue. Her physical state results in Webb developing strong psychic abilities, making her a medium. When she’s an adult, she first meets Spider-Man by using her psychic powers to help him find some criminals he’s after, only to later reveal to him that she’s aware he’s secretly Peter Parker.

She goes on in the comics to frequently help Peter Parker, and during a meeting known as the Gathering of the Five, Webb is even imbued with immortality. Unfortunately, her briefly reclaimed youth is quickly stolen from her by her granddaughter, Charlotte Witter (who takes on the mantle of Spider-Woman at one point).

Additionally, despite being gifted with immortality, Webb has died not just once but twice in the comics. The first time was notably at the hands of Kraven the Hunter’s wife.

Now, it’s worth noting that the comics almost always depict Madame Web as an elderly woman, which makes Sony’s decision to cast Dakota Johnson in the role unexpected, to say the least. The choice implies that Johnson’s Madame Web may be more involved in the action than the character is in the comics. Although, the reports saying that she’ll serve as the Doctor Strange of Sony’s Spider-Man Universe also suggest she’ll still be the mystical, mysterious figure on-screen that fans know her to be.

The Inverse Analysis — With Kraven the Hunter and Morbius (Jared Leto) both coming to the big screen soon, Sony’s Spider-Man Universe is going to be in need soon of a character who can oversee and crossover frequently between its various franchises. (That’s especially true if Olivia Wilde’s Spider-Woman film still ends up coming to fruition.)

For her part, Madame Web could easily fill that role. Her ability to see through time and astral project herself into different locations could be used in a way that lets her bridge the gap between the Sony and Marvel Cinematic Universes. Even if Johnson’s casting in the role makes Sony’s exact take on the character unclear right now, the prospect of her being the person who helps bring Tom Holland’s Peter Parker into the same universe as Tom Hardy’s Venom is an undeniably exciting one.

Madame Web is currently in development.