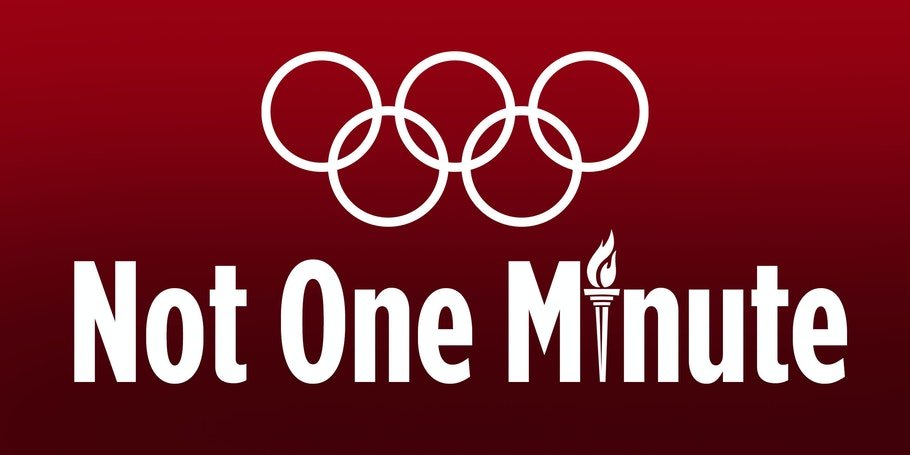 By DOUGLAS ANDREWS  February 4, 2022 in Culture

The ruthless regime is thirsty for a propaganda win, and we should oppose it entirely.

The 2022 Winter Olympics began yesterday in Beijing with a smattering of preliminary events, and its pomp-laden opening ceremonies scheduled for tonight on NBC. But it’s not too late to voice your opposition to the filthy, lying, murderous, COVID-culpable commie regime that’s hosting these games.

You can do so by joining the movement; by vowing to watch not one minute of these shamefully un-Olympic Olympics. If enough Americans can resist the powerful and wholly understandable patriotic urge to watch their countrymen compete, the ChiComs will feel it — not so much in their coffers, which corporate America has dutifully helped to fill, but in a far more sensitive spot: right in their propagandis majoris, and deep underneath their notoriously thin skin.

The viewership boycott was championed a couple of weeks ago by Fox News’s Laura Ingraham, who implored her fellow Americans to ignore these Olympics due to continued human rights abuses by the Chinese Communist Party and due to the Xi Jinping regime’s continued cover-up about the origins of COVID-19, which has now killed more than 900,000 Americans and nearly six million people worldwide.

“Not one minute,” implored Ingraham. “It was only two years ago that China was furiously working to cover up the truth about the virus that would ravage the globe and change American society in profound ways. They had this show and even President Trump praising their efforts. But the disturbing truth eventually came out about China. … This was all happening as China was crushing dissent in Hong Kong and committing ongoing atrocities against its ethnic Muslim minorities, the Uyghurs.”

It’s not just the Hong Kongers and Uyghurs, of course. It’s also the long-suffering Tibetans. And, as columnist Jimmy Quinn notes, it’s the oppressive campaigns against Christians, Falun Gong adherents, and other religious minorities in China, as well as ethnic Mongolians in Inner Mongolia, whose schools are prohibited from even uttering in their native tongue.

Republican Senators Marsha Blackburn and Tom Cotton are on board with the viewership boycott. So is their colleague Marco Rubio, who advised, “We shouldn’t allow anyone to monetize an Olympics hosted by a genocidal regime. #NotOneMinute.”

And so is the National Basketball Association’s Enes Kanter Freedom, the irrepressible Turkish-American who changed his last name to signify his pride in having become a new U.S. citizen last year. Kanter has been a resolute voice against both the Communist Chinese and the American corporate interests that trip over themselves to bankroll corrupt Marxist organizations like Black Lives Matter, but whose CEOs invariably stare at their shoes whenever the topics of China’s human rights abuses or its COVID complicity come up. For Kanter, it’s an especially lonely gig, given that the NBA is replete with money-grubbing commie stooges like LeBron James.

Ingraham has been doggedly determined. Yesterday, she posted this note: “Morning reminder that we sent our athletes to a glorified prison camp in Beijing to be monitored and spied on by the CCP. #NotOneMinute.”

The Olympic Games were once about the human drama, the athletic competition, and the borderless brotherhood of athletes. These days? Not so much. And not since Adolf Hitler debauched them in 1936, when both the winter and summer games were held in Nazi Germany, have we seen a nation so focused on — and so in need of — a propagandistic gold medal.

Want one more reason to watch not one minute? No less a principled politician than Nancy Pelosi has admonished our athletes that they are “there to compete” and are not to “risk incurring the anger of the Chinese government because they are ruthless.”

We’ll agree with Pelosi on that one thing: The ChiComs are ruthless.

By DOUGLAS ANDREWS  February 4, 2022 in Culture The ruthless regime is thirsty for a propaganda win, and we should oppose it entirely. The 2022 Winter Olympics began yesterday in Beijing with a smattering of preliminary events, and its pomp-laden opening ceremonies scheduled for tonight on NBC. But it’s not too late to voice your…

By DOUGLAS ANDREWS  February 4, 2022 in Culture The ruthless regime is thirsty for a propaganda win, and we should oppose it entirely. The 2022 Winter Olympics began yesterday in Beijing with a smattering of preliminary events, and its pomp-laden opening ceremonies scheduled for tonight on NBC. But it’s not too late to voice your…

The Problematic Political Promiscuity of the Press