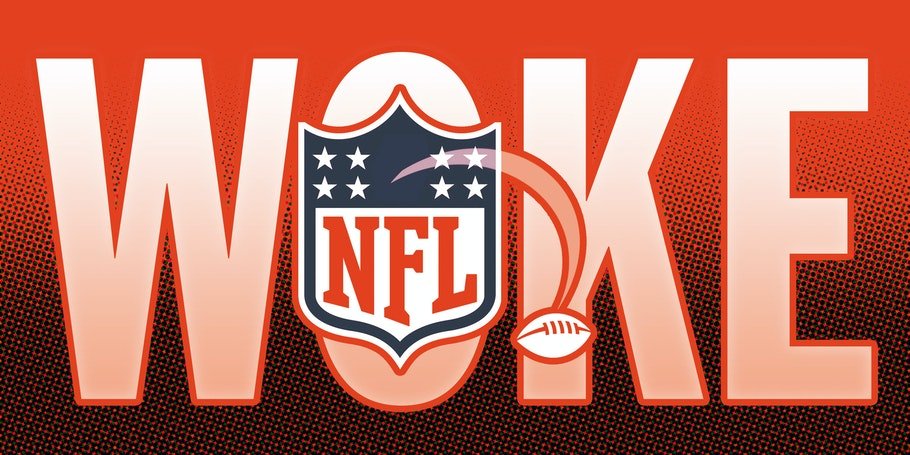 The league’s efforts to “stop racism” have only added fuel for the race hucksters.

The recently fired head coach of the NFL’s Miami Dolphins, Brian Flores, who is black, launched a class-action lawsuit this week against his former team, two other teams, and the NFL alleging racial discrimination. The announcement of the lawsuit appeared intentionally timed for the first day of February — “Black History Month.”

Flores was fired after three lackluster seasons leading the Dolphins in which he complied a 24-25 win/loss record. His performance has nothing to do with it, he says. Instead, he alleges that the league is “rife with racism.” As evidence, he points to the lack of black head coaches — the Pittsburgh Steelers’ Mike Tomlin is currently the only one.

The suit reads in part: “The NFL remains rife with racism, particularly when it comes to the hiring and retention of Black Head Coaches, Coordinators and General Managers. Over the years, the NFL and its 32-member organizations (the ‘Teams’) have been given every chance to do the right thing. Rules have been implemented, promises made — but nothing has changed. In fact, the racial discrimination has only been made worse by the NFL’s disingenuous commitment to social equity.”

Besides the Dolphins, the two other teams Flores is suing are the Denver Broncos and the New York Giants, both of which he claims disingenuously interviewed him for the head coaching position in order to go through the motions of complying with the Rooney Rule.

All three teams have vehemently denied Flores’s allegations and promised to defend themselves from the “blatantly false” accusations. The NFL also denied the charges, issuing the following statement: “The NFL and our clubs are deeply committed to ensuring equitable employment practices and continue to make progress in providing equitable opportunities throughout our organizations. Diversity is core to everything we do, and there are few issues on which our clubs and our internal leadership team spend more time.”

Meanwhile, Flores’s legal team is playing up the Left’s popular racial victimology narrative, which Leftmedia outlets like ESPN are regurgitating as historical fact. The quintessential example of this victimology narrative was Flores’s lawyer’s claim that he was being called the “NFL’s Rosa Parks.” So, in a league of millionaire players, 70% of whom are black, “racial discrimination” still wins the game? A league that has dedicated the last several seasons to racial virtue signaling and groveling to Black Lives Matter is “rife” with systemic racism?

This is the problem with leftist “woke” ideology — any racial disparity is automatically assumed as irrefutable evidence of racism, even where there is a lack of any evidence of racially motivated animus or action.

But the deeper issue here is that there is indeed a form of systemic racism present within the NFL. Ironically, it’s due to the league’s efforts to “combat” racism. The aforementioned “Rooney Rule” is exhibit one. Adopted by the NFL in 2003 and named after Dan Rooney, who was chair of the league’s diversity committee, the rule mandates that minority candidates must be included when teams interview individuals to fill head coaching positions. It’s a blatant affirmative action policy that attempts to artificially infuse greater racial diversity within the coaching ranks without mandating a racial quota system in the hiring of coaches.

However, the problem inherent with all affirmative action policies is that the result only serves to needlessly inject race into what should be solely a meritocracy. And to make matters worse, it clearly hasn’t produced more black head coaches. That 70% of players in the league are black is not due to some affirmative action program the NFL enacted. Rather, it is due to the fact that they are elite athletes who earned their way onto the gridiron with their superior athletic skills and abilities. The Rooney Rule effectively undercuts this merit-based progress and, ironically, inculcates a form of systemic racism based upon the concept of white supremacy, similar to that behind the concept of white privilege — that minorities, specifically blacks, cannot get ahead in American society without the aid of whites.

From fumbling over Colin Kaepernick’s self-aggrandizing antics to totally capitulating to the woke narrative of Black Lives Matter in the wake of George Floyd’s death, the league is finding that bowing to race hustlers only begets more hustlers. These grifters have learned to paint their grievance as a “fight for justice” and can count on making media accolades and profit off a weak-minded league.

As Morgan Freeman so insightfully observed years ago, the only way to stop racism is to “stop talking about it.” Actually, that answer may have been better applied to the question of how to stop race hucksters.

By THOMAS GALLATIN February 4, 2022 in Race The league’s efforts to “stop racism” have only added fuel for the race hucksters. The recently fired head coach of the NFL’s Miami Dolphins, Brian Flores, who is black, launched a class-action lawsuit this week against his former team, two other teams, and the NFL alleging racial discrimination. The…

By THOMAS GALLATIN February 4, 2022 in Race The league’s efforts to “stop racism” have only added fuel for the race hucksters. The recently fired head coach of the NFL’s Miami Dolphins, Brian Flores, who is black, launched a class-action lawsuit this week against his former team, two other teams, and the NFL alleging racial discrimination. The…

The Real Problem With Hugh Hefner