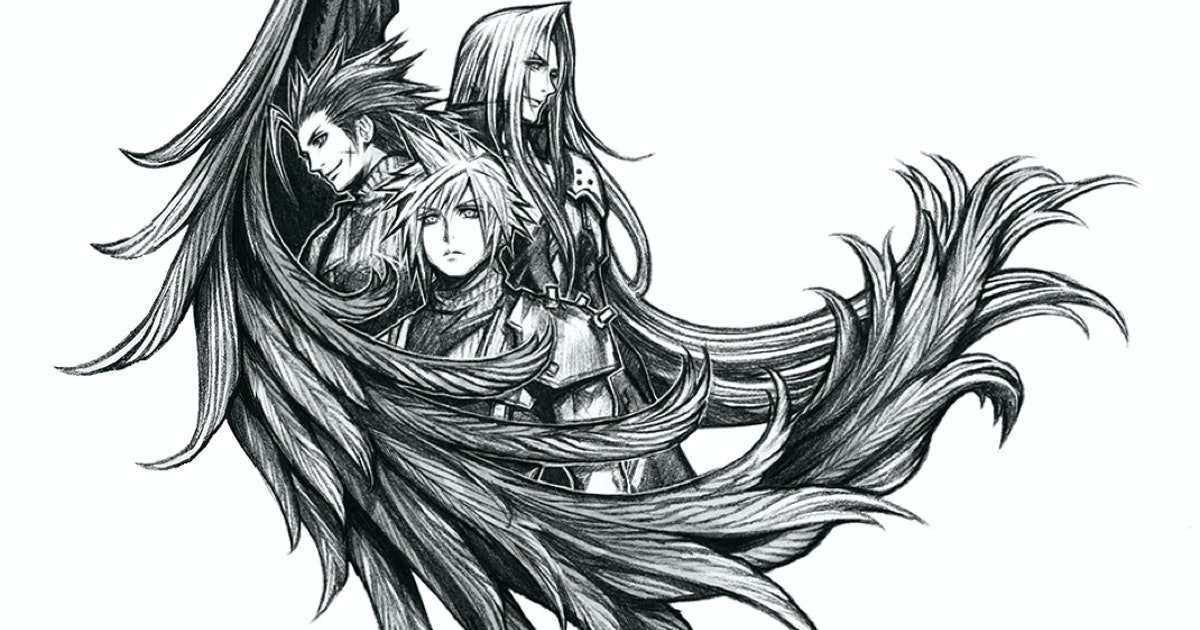 There are few games that have had as profound an effect on the entire medium as Final Fantasy 7, especially in terms of its narrative complexities. While its bigger themes related to climate change and late-stage capitalism might be more obvious, one of the more fascinating themes deals with a thoroughly modern existential crisis we can all relate to, particularly in an increasingly digital world: imposter syndrome.

For anyone unfamiliar, imposter syndrome is essentially a psychological pattern where you perceive yourself as less competent than other people do, and that you aren’t deserving of the praise or position you have. There’s a lot more nuance to the way this phenomenon impacts our mental health, but that’s the gist of it. Many of us don’t even realize how imposter syndrome influences our feelings of anxiety and self-doubt.

In a sense, these two characters feel like two sides of the same coin, with each one sporting a splintered psyche. When we’re first introduced to Cloud Strife, he’s an abrasive military man that went rogue to become hired muscle. He doesn’t care one bit about the world’s many problems. He’s the perfect superpowered SOLDIER infused with Mako energy by the Shinra Corporation, executing his mission with military precision. In case you’re not intimidated by his somewhat slight frame, he wields an oversized sword capable of shielding his entire body from gunfire.

A major part of Cloud’s persona as an intimidating SOLDIER has to do with the propaganda campaign Shinra has spread for years, using figures like Sephiroth to build the aspirational image of the idealized military man.

We grapple with similar pressures in the real world in virtually every professional field. The ideal worker is charismatic, outgoing, positive, efficient, focused. Any time we feel as if we’re not living up to those expectations, doubt creeps in and we wonder if we’re worthy of everything we have.

Growing up in the small town of Nibelheim, Cloud internalized the pressures that came with his dreams and weighed them against his shortcomings. Knowing he couldn’t achieve those dreams if he didn’t leave Nibelheim, he set out to join SOLDIER.

Unfortunately, he’d never be able to live up to the lofty aspirations of his hero Sephiroth, no matter how hard he tried. He becomes a regular Shinra grunt but after undergoing a lengthy bout of experimentation at the hands of Hojo, endures so much trauma that it fractures his identity.

Cloud’s imposter syndrome eventually turns him into a literal imposter. He adopts the memories of his best friend, Zack Fair, who actually did achieve becoming a SOLDIER. Except rather than copy the lighthearted, brave Zack’s personality, Cloud becomes a gruff and uncaring amalgamation of Zack’s look and fighting style with Sephiroth’s cold and calculated efficiency.

It’s a reflection of how imposter syndrome often works, forcing us to take on personas that compromise our true identity, all because we don’t believe we’d be able to live up to the expectations people put upon us and, more importantly, the expectations we put upon ourselves.

When Cloud learns the truth, his imposter syndrome arguably gets worse, making him question if he even deserves to live. In Cloud’s mind, Zack was the real hero who deserved to live. Cloud struggles with this survivor’s guilt long after the end of Final Fantasy 7, particularly because he also feels responsible for Aerith’s death as well.

He still talks about how he doesn’t deserve to be happy in the animated sequel film Advent Children. This is part and parcel of imposter syndrome. Despite Cloud literally saving the world and almost dying in the process, he still sees himself as unworthy of peace. At the same time, Cloud’s true character can never live up to the image players initially had of him. But that’s the point!

With the help of his friends — particularly Tifa, who takes a deep dive into his psyche — Cloud overcomes his trauma. Sephiroth, however, ultimately descends into madness and villainy precisely because he lacks a support network. Sephiroth is Cloud’s dark foil in many obvious ways, but Sephiroth also represents the worst-case scenario for someone with imposter syndrome.

Sephiroth is a manufactured hero, someone given gifts through terrible experimentation and not his own hard work. The “hero” people initially see in him is the result of propaganda. The burden of expectation is something we see him grapple with throughout Crisis Core. Sephiroth knows he isn’t a hero. He never lived up to that expectations the world assigned to him — he’s an imposter. This is partly why he decides to reclaim his birthright and destroy the world in revenge.

The idea of “imposter syndrome” wasn’t as prevalent in pop culture when Final Fantasy 7 was released in 1997, but the themes line up perfectly. So many characters reflect this theme. from Rufus Shinra’s burning desire to surpass his father’s achievements to Cid’s depressive spiral after his dream goes up in flames.

Final Fantasy 7 is such a wonderfully complex game with equally complex characters. Cloud’s identity struggles remain relatable even a quarter-century later. So many people, including myself, can identify with his crisis — and it’s just a small part of what made him such an important character. There are very few games willing to so completely undermine its main character partway through, and it speaks to just what makes Final Fantasy 7 so timeless.

FF7 Week is an Inverse celebration of the 25th anniversary of Square’s landmark 1997 RPG.

There are few games that have had as profound an effect on the entire medium as Final Fantasy 7, especially in terms of its narrative complexities. While its bigger themes related to climate change and late-stage capitalism might be more obvious, one of the more fascinating themes deals with a thoroughly modern existential crisis we…

There are few games that have had as profound an effect on the entire medium as Final Fantasy 7, especially in terms of its narrative complexities. While its bigger themes related to climate change and late-stage capitalism might be more obvious, one of the more fascinating themes deals with a thoroughly modern existential crisis we…

How to check friendship and evolve Eevee, Munchlax, and more