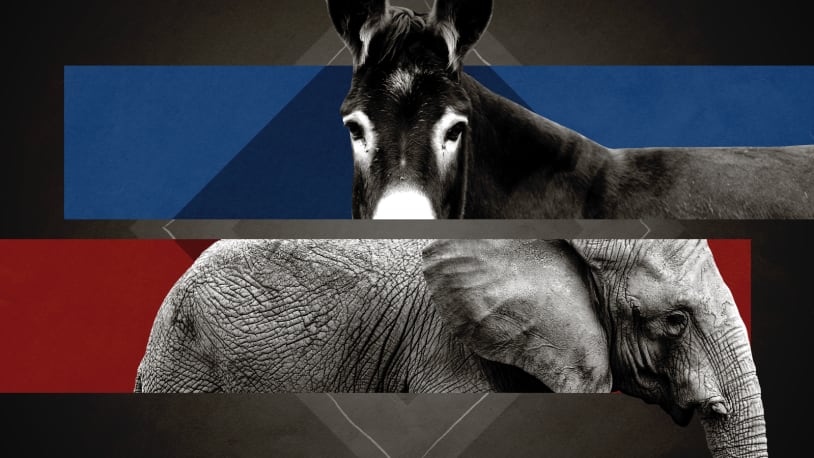 We have met our democratic deficit, and it is us

Ever since the rise of President Donald Trump, Americans have been warned that our democracy is under attack, even in danger of being extinguished.

From the left, the center, and the shrinking precincts of the anti-Trump right, that warning has primarily been about Trump himself and the political dispensation that he ushered in. Their worst fears regarding the former president’s intentions (if not his ability to put them into action) were confirmed by the events of Jan. 6, 2021, and his own statements since then have only further underlined how personally he was involved in the efforts to illegally overturn the election. Add in widespread Republican support for restrictions on voting rights, and it certainly looks like, at a minimum, one of our two major parties no longer believes in democracy.

But in a recent column, Ross Douthat argued that the relationship of the two parties to democracy is more complicated than that. Republicans, in his view, can lay their own claim to being defenders of democracy, even, perhaps especially, in the Trump era.

Yes, there are longstanding conservative arguments that unfettered democracy is dangerous, reflected in the counter-majoritarian elements in our constitution and in contemporary Republican defenses thereof. But the conviction that a truly responsive democracy would be more right-wing is also longstanding. From the Silent Majority to the Moral Majority to Trump’s declarations that he actually won the election, conservatives have long claimed and believed that, in their hearts, the people knew they were right.

That’s why, Douthat argues, attacking Trump as a threat to democracy rings hollow to Republicans. They genuinely believe that he won — or, at least, that he ought to have won, if the election had been conducted fairly — even if the only reason they believe that is that it flatters their self-conception.

But they also genuinely believe that liberalism is a threat to democracy in its own right — and, from Douthat’s perspective, they have a point. The preference for governance by credentialed experts and professional bureaucrats dates back to the original progressives of the early 20th century and lives today in phenomena like the veneration of Anthony Fauci or the Democratic candidate for governor of Virginia declaring that parents shouldn’t tell schools what to teach their children. On its face, these kinds of attitudes seem like a refusal to accept the people’s competency to rule themselves. If Democrats want to genuinely protect American democracy from the threats from the populist right, Douthat suggests, they need to clean their own house first.

As a practical matter, I suspect he is, inasmuch as the appearance of representing an alien or disconnected elite is clearly a political millstone around liberalism’s neck. But I don’t think Douthat is right that liberals have turned against the idea of rule by the people, and I am highly skeptical that the Fauci-fawners are genuinely deferential to expert authority. Instead, I think the left has fallen prey to some of the same kind of delusions that afflict the Trumpist right — delusions that on their face look democratic.

The same Democratic Party that Douthat worries has become less responsive has experienced a dramatic democratization of its finance and governance. Candidates with little plausible chance for victory can now raise enormous sums in small contributions directly from the people, and their choices, not the party’s, increasingly determine who is funded and what they run on. Major party leaders like Senate Majority Leader Chuck Schumer (D-N.Y.) fear popular uprisings against them, and have adjusted accordingly to protect their seats even if it makes them less effective. The rise of the left within the Democratic Party may not be nationally popular, but it is populist in the sense of being a bottom-up phenomenon.

A number of other phenomena that conservatives sometimes characterize as elite conspiracies have also bubbled up from below. Twitter is a radically democratizing medium in the sense that it allows anyone to raise a virtual mob to speak their truth to power — and power is listening. So-called woke capital, social media de-platforming, and much of the racial reckoning that American institutions have been going through is not driven by the elites’ own desires, but are the product of public pressure, and of those elites’ frantic efforts to avoid running afoul of it.

That characterization even applies to much of the COVID rule-making. Within liberal circles, support for a more thoroughgoing return to normalcy is generally perceived as an elite stance; one reason the Biden administration hasn’t pushed harder in that direction is that they know it would face resistance within his own coalition. Throughout the pandemic, there has been substantial popular opposition to opening schools in the face of the views of pediatric and educational experts that long closures did more harm than good. Similarly, today there is substantial popular opposition to ending school masking, again in defiance of expert consensus.

Meanwhile, when there were massive street protests in the summer of 2020, public health experts trashed their own credibility with many conservatives by declaring them a valid reason to gather in large numbers, in contradiction of their own prior expressed views. Far from lecturing the public, they adjusted their rhetoric to avoid getting on the wrong side of public opinion as they understood it. How different is that from Trumpist Republicans who know better refusing to tout the safety and efficacy of vaccines?

A real dyed-in-the-wool conservative might look at the foregoing and conclude that perhaps America’s problem isn’t the decay of our democracy but that we have too much of it. Maybe both parties are too responsive to public opinion; maybe neither side is sufficiently deferential to authority.

I think that’s wrong too, though. If either elite condescension or popular rejection of it was America’s key problem, then you’d expect more local, communal spaces where direct democracy is possible to be more harmonious. But they aren’t. Antisocial activity is on the rise generally, and on both the right and the left, the smallest communities —  even entirely voluntary ones like congregations or friend groups — are easily ripped apart by acrimony. I’ve experienced this myself many times. Our fragmentation is fractal: No matter what scale you look at, it feels like we’ve lost some of our capacity to work together cooperatively, to hear and assimilate disagreement.

Our belief in democracy may actually be more intact, in both parties, than is generally credited. The forms of democracy may still be functioning surprisingly well — we did just have a record turnout election during a pandemic, after all. What we may be losing, rather, is our democratic culture, our sense of what it means to be a polity.

In a republic, people take turns ruling and being ruled. That’s something we have a very hard time accepting today, and the conviction that either our democracy (for the left) or our nation (for the right) is about to be destroyed is a way of justifying our refusal to accept it. But we also decreasingly accept the fact that even within a party, within a faction, within any community, there will be fundamental disagreements that require a combination of persuasion and compromise to come to decisions that are perceived as legitimate by the collective. Instead, we increasingly only think decisions are legitimate if we think they are right.

That may not feel like a turn against democracy, but it’s a turn that no democracy can ultimately survive.

February 3, 2022 February 3, 2022 Ever since the rise of President Donald Trump, Americans have been warned that our democracy is under attack, even in danger of being extinguished. From the left, the center, and the shrinking precincts of the anti-Trump right, that warning has primarily been about Trump himself and the political dispensation…

February 3, 2022 February 3, 2022 Ever since the rise of President Donald Trump, Americans have been warned that our democracy is under attack, even in danger of being extinguished. From the left, the center, and the shrinking precincts of the anti-Trump right, that warning has primarily been about Trump himself and the political dispensation…

Bill de Blasio is reportedly considering a run for Congress