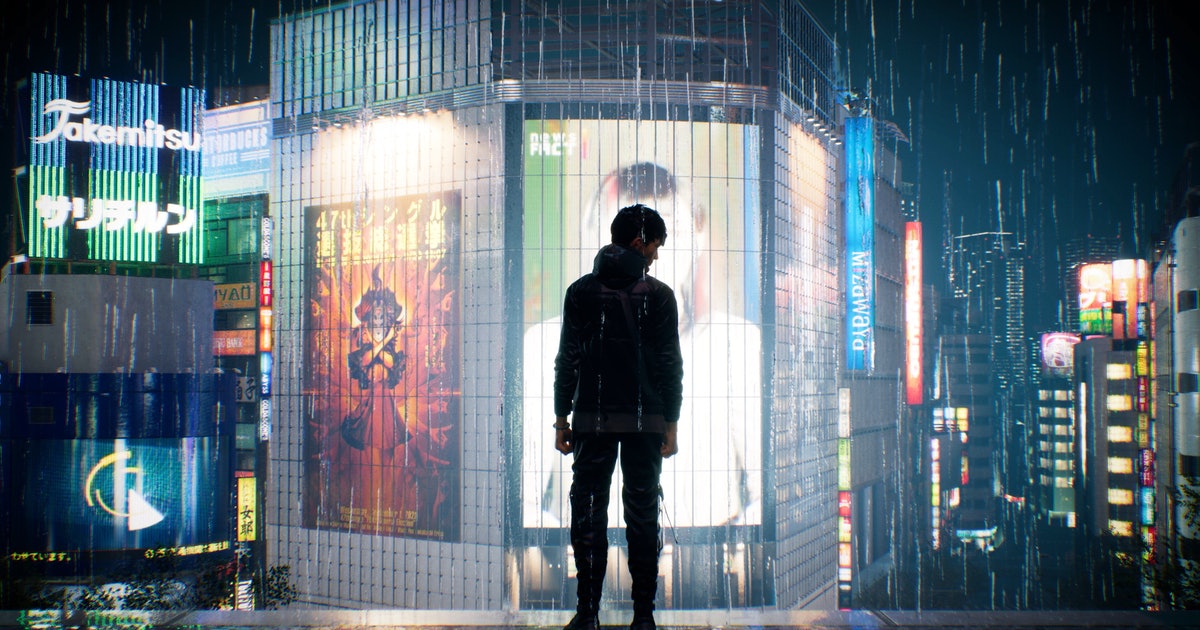 Bethesda Softworks may belong to Microsoft now, but its first published game of 2022 is a PlayStation 5 timed exclusive. GhostWire: Tokyo’s enthusiastic introduction by Shinji Mikami and Ikumi Nakamura at E3 2019 put it on the map well before we knew anything about the game. GhostWire: Tokyo will be the third game from Tango Gameworks, the studio founded by Resident Evil creator Shinji Mikami in 2010 and acquired by ZeniMax Media later that year. The studio previously created the survival horror games The Evil Within and The Evil Within 2.

When is the GhostWire: Tokyo release date?

Originally slated for a 2021 release, GhostWire: Tokyo was pushed back in July of that year to early 2022. In early February, a listing for a gameplay showcase on YouTube leaked GhostWire: Tokyo’s March 25 release date, which was quickly confirmed by Bethesda. It’s launching simultaneously on PS5 and PC.

Are there any GhostWire: Tokyo trailers?

There are a few. First came the E3 2019 reveal teaser, which didn’t show any gameplay, but set up the game’s spooky vibe and gorgeous but unnerving aesthetic. We got a look at GhostWire: Tokyo in action in a June 2020 gameplay reveal trailer showing off its flashy first-person magic combat. A third trailer in a 2021 PlayStation Showcase showed off even more gameplay and offered the best look yet at GhostWire: Tokyo’s story. Finally, a nearly 10-minute gameplay deep dive trailer was released alongside a livestream on February 3.

Here’s the first look at GhostWire: Tokyo in its E3 2019 reveal.

GhostWire: Tokyo’s gameplay and story come together in this trailer.

What is the GhostWire: Tokyo story about?

In modern-day Tokyo, an occultist named Hannya unleashes a spell that causes nearly everyone in Tokyo to vanish and an army of malevolent spirits to appear in their place. Developer Tango Gameworks says the spirits in GhostWire: Tokyo are based on Japanese folklore, and the game’s version of Tokyo features some of the real-life city’s most famous landmarks.

Your character is a lone survivor who wakes up in the middle of the deserted city, having been possessed by a spirit during the incident. Working with that spirit and the powers it grants you, you’ll have to defeat Hannya and free Tokyo from its otherworldly occupation.

GhostWire: Tokyo is a first-person action game, like Bethesda’s Dishonored but with more focus on combat and less on stealth. For situations where you do want to take a quieter approach, sneak attacks and silent weapons are an option. Rather than traditional weapons, you’ll mostly use a set of mystical abilities called Ethereal Weaving to take down foes, though a variety of familiar and supernatural weapons (including a bow and magical talismans) are also available.

GhostWire: Tokyo has an RPG progression system, letting you unlock new abilities on a skill tree as you play. Upgrading your character will give you more magical attacks and add new ways to get around Tokyo. One traversal option shown so far is the ability to grapple flying Tengu spirits and quickly zip to Tokyo’s rooftops.

Side quests come from various characters scattered around the city who need your help. Tango Gameworks says these optional quests will have a strong story component to help bring the game’s world to life. The studio also mentions certain “purry friends” throughout the city who offers unique rewards if you can find them.

Does GhostWire: Tokyo have any pre-order bonuses?

Yes, if you shell out for the deluxe edition. Pre-ordering the GhostWire: Tokyo Deluxe Edition gets you the Streetwear Outfit Pack, Shinobi Outfit, and Kunai Weapon. Along with those in-game bonuses, you’ll get to play GhostWire: Tokyo three days early, starting on March 22.

Will GhostWire: Tokyo come to Xbox?

There’s been no formal announcement of an Xbox release for GhostWire: Tokyo yet, but it’s a good bet it’ll hit Microsoft’s console eventually. It will be exclusive to PS5 for one year, thanks to a deal signed before Microsoft acquired Bethesda, so if GhostWire: Tokyo does come to Xbox, it won’t be before March 2023.

Is there any DLC planned for GhostWire: Tokyo?

Not any that’s been revealed yet. Tango Gameworks is already working on its next game for Xbox, headed by The Evil Within 2 director John Johanas. That doesn’t mean DLC for GhostWire: Tokyo isn’t also in the works, but if it is, it may surface closer to the game’s debut on Xbox.

Bethesda Softworks may belong to Microsoft now, but its first published game of 2022 is a PlayStation 5 timed exclusive. GhostWire: Tokyo’s enthusiastic introduction by Shinji Mikami and Ikumi Nakamura at E3 2019 put it on the map well before we knew anything about the game. GhostWire: Tokyo will be the third game from Tango…

Bethesda Softworks may belong to Microsoft now, but its first published game of 2022 is a PlayStation 5 timed exclusive. GhostWire: Tokyo’s enthusiastic introduction by Shinji Mikami and Ikumi Nakamura at E3 2019 put it on the map well before we knew anything about the game. GhostWire: Tokyo will be the third game from Tango…

Last of Us and 9 more, from least to most likely

How to check friendship and evolve Eevee, Munchlax, and more