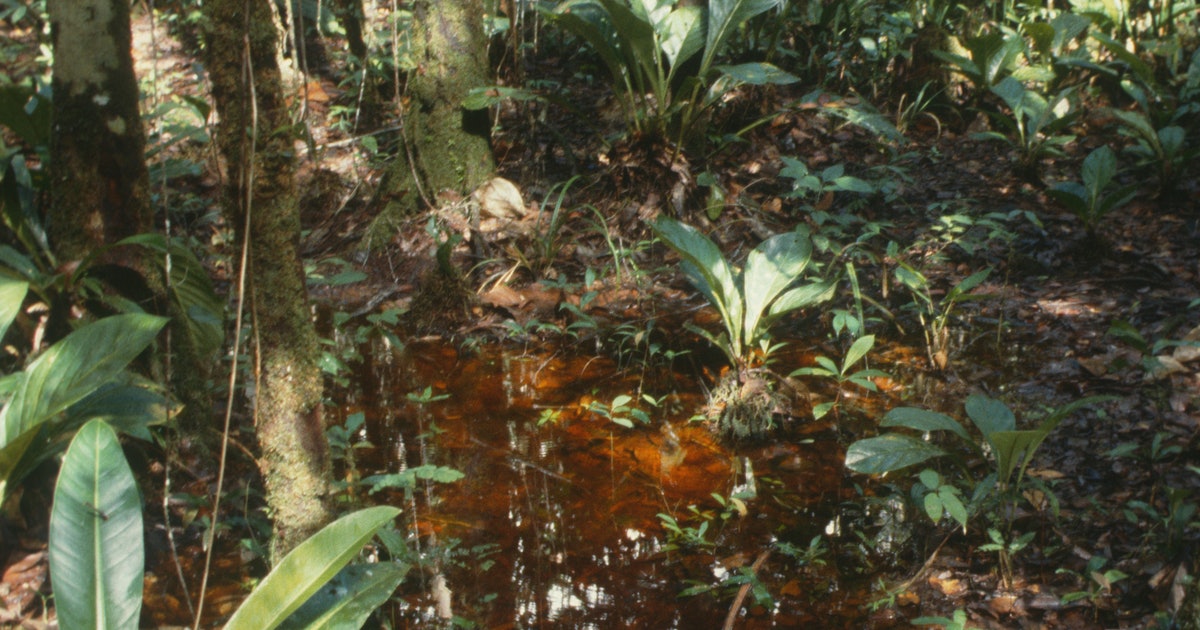 There may be thousands of mystery trees in South America

Not to be dramatic, but trees may be my favorite thing. When allowed to grow unbothered, they’re stoic observers of seasons and people, making no comment at what they witness aside from a dropped red leaf and a couple hundred pounds of oxygen. Although our forests are dwindling, there are many more tree species on the planet than scientists originally thought.

To be exact, according to a new study, there are still 9,000 tree species completely unknown to science. Discover where they might be hiding in today’s Inverse Daily. Before you scroll, here’s a question for you: What’s your favorite tree and why? Hit “reply” to this email to share your tree thoughts, like a photo of the willow in your backyard or the best tree for a tire swing. We’ll feature select responses in a newsletter next week.

This is an adapted version of the Inverse Daily newsletter for Thursday, February 3, 2022. Subscribe for free and earn rewards for reading every day in your inbox. ✉️

You know trees, right? Those leafy, sprightly things people keep trying to cut down? Despite humanity’s nefarious efforts, there are still quite a lot of trees on the planet — maybe even more than we had ever imagined.

“Despite trees’ vital importance to human survival,” writes Tara Yarlagadda, “we know comparatively little about their diversity. In fact, according to new research, there may be thousands more tree species than we previously thought — and many of them are still unknown to science.”

According to a recent study in the Proceedings of the National Academy of Sciences, “scientists estimate there are approximately 73,000 species of trees globally — 14 percent more than researchers’ previous estimates,” explains Yarlagadda. Despite the discovery, researchers still believe there are about 9,000 undiscovered tree species spotting the Earth.

Almost half of these 9,000 mystery species may be in South America, which is home to 43 percent of the world’s trees.

“In fact, South America contains an estimated 8,200 rare tree species, the highest of any region in the world,” writes Yarlagadda. “The continent also has the highest percentage of tree species that are native to the area, at a whopping 49 percent.” But they all need protection.

“Birds don’t carry smartphones under their wings,” writes science reporter Elana Spivack, and they certainly don’t get to experience the uncanny finality of Siri saying “you’ve arrived at your destination.” Birds are capable of traveling the world relying solely on their inner compass. They fly knowing they will know when they’ve arrived at their destination, but scientists are a little confused about the whole thing.

But thanks to a new study, birds’ navigational “magic” is at last being revealed — birds have an “unbelievable” ability to see the Earth’s magnetic field.

Bye-bye, birdy: The simple fix that could keep us from killing millions of birds

A “Trojan asteroid” is a sneaky one, positioning itself behind or in front of a planet in quiet defiance. Although rare, Earth isn’t immune to these conspiratorial rocks. In fact, researchers have just identified the second-ever known “Earth Trojan”

“Asteroid 2020 XL5 was discovered in December 2020 sharing Earth’s orbit around the Sun,” writes Passant Rabie. “It was first spotted with the Pan-STARRS 1 survey telescope in Hawaii, and calculations of its orbital path by amateur astronomer Tony Dunn later led scientists to speculate that this may be a trojan asteroid.”

Because of new research recently published in the scientific journal Nature Communications, scientists can now confidently confirm their speculation. As for Asteroid 2020 XL5 itself, “it is about 1.2 kilometers wide, which is about three times larger than the first Earth trojan asteroid discovered,” reports Rabie. Its existence leads scientists to believe that the first found Earth Trojan, the 300-meters-wide 2010 TK7, wasn’t an anomaly, but potentially one of many unseen bodies around Earth. But Asteroid 2020 XL5 isn’t giving up its spot — the asteroid has 4,000 years until it gets booted by its Lagrangian point.

“Snowflakes — wondrous wintry marvels — can take on a variety of unique shapes,” writes Jennifer Walter, “but icicles can form a range of stunning patterns as well.”

Ice is occasionally more alarming than stunning; you have certainly had to avoid being impaled by a giant, tooth-sharp icicle at least once before in your life. But a new study seeks to define how even “small changes in temperature,” like a few Celsius ticks up, can “completely [transform] an icicle’s appearance,” writes Walter, for better or for worse.

Click through the story to see the fascinating way ice grows — and to discover why even a little dripping icicle has wide-scale implications.

That’s not great: The climate crisis is causing animals to ‘shapeshift’

Not to be dramatic, but trees may be my favorite thing. When allowed to grow unbothered, they’re stoic observers of seasons and people, making no comment at what they witness aside from a dropped red leaf and a couple hundred pounds of oxygen. Although our forests are dwindling, there are many more tree species on…

Not to be dramatic, but trees may be my favorite thing. When allowed to grow unbothered, they’re stoic observers of seasons and people, making no comment at what they witness aside from a dropped red leaf and a couple hundred pounds of oxygen. Although our forests are dwindling, there are many more tree species on…

The ISS is going to crash into the Pacific Ocean. Should you be worried?