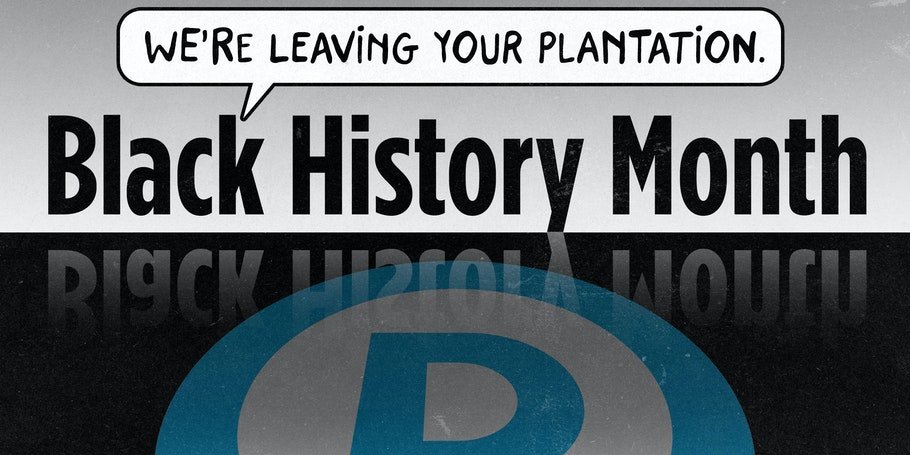 The Left Is Losing Black Americans

With its radical agenda, its economic failures, and its soft-on-crime policies, the Left is no longer a natural home for blacks.

It’s Black History Month, and what better way to celebrate it than by giving breathless front-page coverage to the latest hate-crime hoax? We’re speaking, of course, of the wave of bomb scares being reported at, so far, 17 historically black colleges and universities.

Which reminds us: Has anyone seen Jussie Smollett lately?

Someone has to call it a hoax. Certainly no one in the mainstream media will. No explosives have been found anywhere, and the sheer volume of the threats makes it all but impossible to take seriously. Think about it: Bomb threats at 17 schools located all across the Mid-Atlantic and the South? Bomb threats at five HBCUs in Mississippi; two in Georgia; two in Maryland; two in Washington, DC; and one each in Missouri, Kentucky, Louisiana, Arkansas, and Florida? Those are some frequent-flying neo-Nazis. And how extensive and committed and devious and evasive must their network be to carry out such a dizzying array of bomb attacks? We suppose it’s possible that all 17 of our nation’s white supremacists have been pulled from their regularly scheduled hatemongering and reassigned to each of the aforementioned HBCUs, but we doubt it. And we look forward to the swift apprehension of another idiotic social justice warrior or misguided teenager.

Remember: The demand for hate crimes in this country far outstrips the supply. That’s why the Left has to work so furiously to concoct them.

Elsewhere across the fruited plain during Black History Month, kids kindergarten-age and up are learning that “everybody gets to choose their own gender,” and that “Western nuclear family dynamics” must be disrupted — thanks to this week’s national Black Lives Matter at School Week of Action.

As National Review reports: “The activist-driven curriculum for the Week of Action, which kicked off Monday, is based off the 13 ‘Black Lives Matter Guiding Principles.’ Those principles include a commitment to restorative justice, being transgender affirming and queer affirming, creating space for black families that is ‘free from patriarchal practices,’ and ‘the disruption of Western nuclear family dynamics and a return to the “collective village” that takes care of each other.’“

What would we do without the poisonous garbage being fed to us and our children by the millionaire Marxist grifters of Black Lives Matter? And whatever happened to learning about Jackie Robinson, and Frederick Douglass, and Benjamin Banneker, and Harriet Tubman, and Booker T. Washington? What about the remarkable and inspirational life of Clarence Thomas, for Pete’s sake?

According to Parents Defending Education, which fights indoctrination and activist-driven agendas in the classroom, school districts in Colorado, Georgia, Illinois, Kentucky, Massachusetts, New York, Pennsylvania, Vermont, Washington, and Wisconsin have been duped by this rotten curriculum.

Black Lives Matter, though, would be nothing without its ability to shakedown wealthy and ignorant do-gooders. P.T. Barnum may or may not have said, “There’s a sucker born every minute,” but when it comes to coughing up cash for dubious and destructive leftist causes, weak-kneed Corporate America takes a back seat to no one.

The good news? All of this is occurring amid diminishing black support for the Democrat Party. Indeed, as the research team at the Republican National Committee notes, Joe Biden’s support among black Americans has plummeted of late, as they pay the price for his radical agenda, his onerous and unconstitutional vaccine mandates, his awful stewardship of the American economy, his failure to control inflation, and his party’s soft-on-crime policies, which disproportionately affect inner-city black communities.

Perhaps Black Americans are in the early stages of a Great Awakening — an awakening in which they re-evaluate their co-dependent relationship with the Left. What a welcome and empowering chapter that would be within their singular American story.

By  DOUGLAS ANDREWS February 2, 2022 in Race With its radical agenda, its economic failures, and its soft-on-crime policies, the Left is no longer a natural home for blacks. It’s Black History Month, and what better way to celebrate it than by giving breathless front-page coverage to the latest hate-crime hoax? We’re speaking, of course,…

By  DOUGLAS ANDREWS February 2, 2022 in Race With its radical agenda, its economic failures, and its soft-on-crime policies, the Left is no longer a natural home for blacks. It’s Black History Month, and what better way to celebrate it than by giving breathless front-page coverage to the latest hate-crime hoax? We’re speaking, of course,…