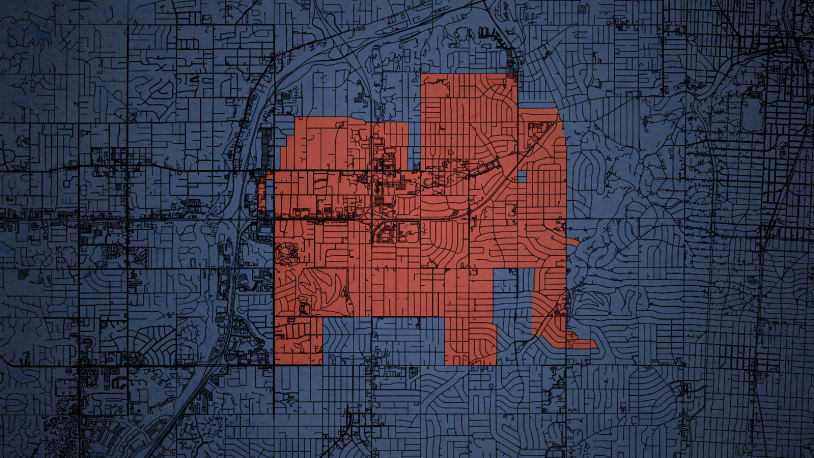 Republicans’ love of gerrymandering has come back to bite them

Entering this cycle of congressional redistricting after the country’s decennial census, Democratic strategists were in a state of near-total panic. Disappointing election results in 2020, particularly at the state legislative level, once again left Republicans with more “trifectas” (control of the state legislature and the governorship) than Democrats, and thus able to draw district lines uncontested for many more seats than their counterparts, putting Democrats in the position of needing a big, blue wave just to gain a bare majority in the House. Another decade in the wilderness loomed.

But something funny happened on the way to Democratic catastrophe — many state Republicans decided to reinforce their own incumbents rather than ruthlessly boxing out their opponents in as many districts as possible, and others ran into problems in court. Meanwhile, Democrats in Illinois pursued an extremely aggressive gerrymander of their own, and New York is likely to follow suit. And in California, Democrats did an end-run around the state’s non-partisan redistricting commission and may net as many as six additional seats just from the new lines. The result is that instead of being able to take the House easily with similar results to 2020, Republicans might well have put themselves in a worse position than when the process started.

For Democrats, there’s a delicious irony here: Republicans could have had non-partisan redistricting nationwide had they supported the For the People Act, which the House passed last year and the Senate continues to ignore like a stack of unwanted electric bills. Yes, there were a lot of other things in there, but Democrats would have been happy to run a stand-alone redistricting bill through Congress if it seemed like there was one iota of interest from the other side.

GOP leaders painted themselves into a corner on redistricting in another consequential way when their hand-picked, ill-gotten Supreme Court majority decided that gerrymandering was not unconstitutional and that either Congress or the states would have to act to put an end to the process. As the 5-4 majority held in Rucho v. Common Cause, “To hold that legislators cannot take their partisan interests into account when drawing district lines would essentially countermand the Framers’ decision to entrust districting to political entities.”

God forbid that we “countermand” any of the Framers’ implicit decisions! The Court’s failure to address an obvious deficiency in American democracy because of a 235-year-old oversight is very much in keeping with the role it has played throughout American history — handmaiden of conservative power and final resting place for ideas of justice. The Rucho decision was, of course, applauded by conservatives who believed that partisan gerrymandering is an important tool in the quest to preserve the GOP’s grip on state legislatures and its advantage in the House.

In any case, now that the late liberal justice Ruth Bader Ginsburg has been replaced by hardline conservative Amy Coney Barrett, it is even less likely that the Supreme Court will intervene to stop this very obviously antidemocratic practice from being accepted as a routine feature of our politics — unless, of course, gerrymandering is suddenly seen as decisively benefiting Democrats.

Indeed Republicans, having closed off both the legislative and the judicial paths to ban partisan gerrymandering nationally, are belatedly realizing that they don’t like it after all. Prominent Republican pollster Patrick Ruffini complained on Twitter about Democratic-led non-partisan redistricting reform campaigns: “It was never about stopping gerrymandering. Instead, it was all about power.” New York State Republican Party Chairman Nick Langworthy attacked the state’s gerrymander, likely to return 22 Democrats and just four Republicans to D.C., as a “brazen and outrageous attempt at rigging the election to keep Nancy Pelosi as speaker.”

The GOP’s redistricting own-goal represents a very rare failure of Republican national strategy to play maximal “constitutional hardball” — using every possible opportunity under the legal order to pursue partisan advantage, even if such maneuvers violate widely accepted normative principles and expectations. It’s not something Senate Minority Leader Mitch McConnell (R-Ky.) would ever have allowed to happen if this were his operation.

Still, it’s not quite time for Democrats to pop the champagne. Bitter legal battles in Florida and New York could reshape the partisan balance in the coming months. Beyond that, the current political landscape probably does not need to lend any additional advantages to the GOP. President Biden and the Democrats are unpopular enough that they would get clobbered if elections were held anytime soon, on anyone’s maps. The distinctive smell of political blood might also explain why Republicans left some seats at the table.

One thing is clear, though, in the aftermath of multiple state parties sidelining their “non-partisan” commissions: There is no way out of gerrymandering without more fundamental change. Despite the public popularity of non-partisan redistricting, even the most carefully orchestrated arrangement, in the end, needs some political actor to break a potential deadlock. Whether that’s a “non-partisan” swing voter on a commission or the state supreme court, it is human beings who will ultimately sign off on these maps, and there are just too many ways to manipulate even the most painstakingly designed processes.

Clever partisans, especially in politically lopsided states like New York and California, can find a way around the well-intentioned fine print to get the results that they want. That means that absent a very detailed, national bipartisan agreement, non-partisan redistricting is probably not the long-term way to avoid the perils of gerrymandering. As a group of political scientists and analysts (including myself) have been arguing for years, the only real long-term solution to this mess is to increase the “district magnitude” for the House using ranked-choice voting. Instead of each district sending one person to D.C., many would send three or five, making them nearly impossible to gerrymander. These reforms would also have the beneficial side effect of obliterating our destructive two-party politics; instead of just entrenching the current stalemate, more radical reforms could move us away from the hyper-partisanship and polarization that has turned American politics into a repellant spectacle.

The alternative is to keep fighting these pointless and divisive battles every 10 years, which achieve little other than undermining the public’s already-frayed faith in our democratic institutions and giving one party or another an unfair advantage. At least this time around, Democrats won’t be the suckers, and if this fiasco convinces Republicans that deeper reforms are needed for the party to remain competitive, this will be a win-win for Democrats and democracy.

February 2, 2022 February 2, 2022 Entering this cycle of congressional redistricting after the country’s decennial census, Democratic strategists were in a state of near-total panic. Disappointing election results in 2020, particularly at the state legislative level, once again left Republicans with more “trifectas” (control of the state legislature and the governorship) than Democrats, and…

February 2, 2022 February 2, 2022 Entering this cycle of congressional redistricting after the country’s decennial census, Democratic strategists were in a state of near-total panic. Disappointing election results in 2020, particularly at the state legislative level, once again left Republicans with more “trifectas” (control of the state legislature and the governorship) than Democrats, and…

The rise and fall and rise again of the libertarian moment

Leaked docs suggest the U.S. might throw Russia a bone. Will it be enough to avert war?