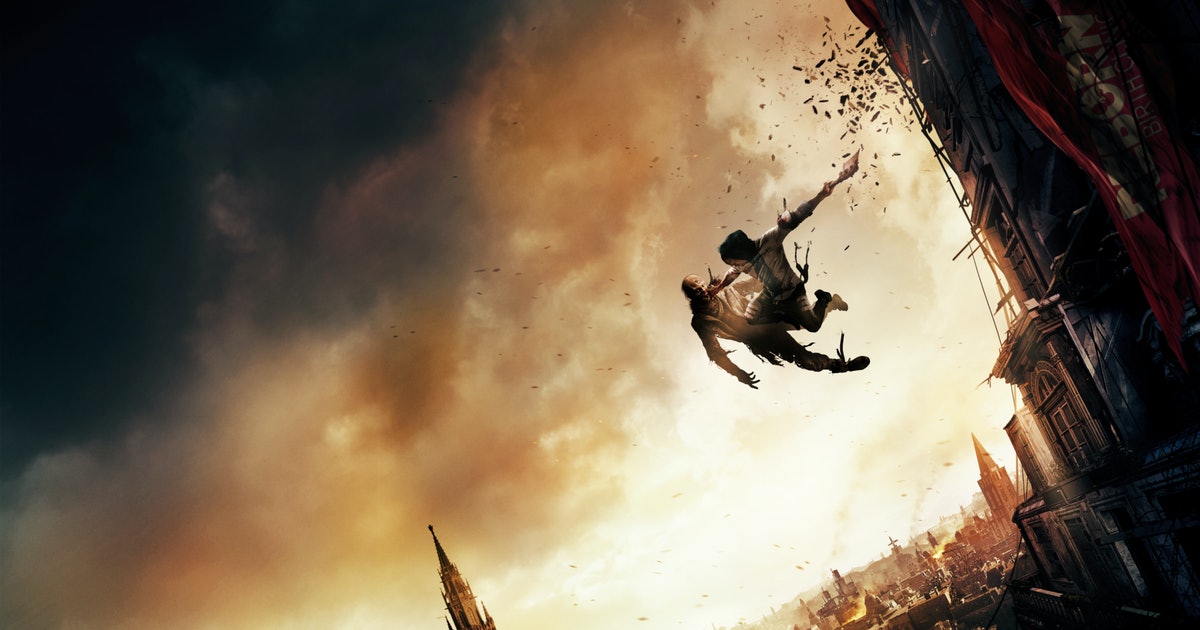 I try my luck inside the abandoned hardware store anyway.

During the daytime, buildings in Dying Light 2 Stay Human are jam-packed with zombies. I inhale an anti-poison booster to deal with the toxic chemicals before then bobbing and weaving around a horde of undead. I find the container with the upgrade I need and quickly race for the exit. I nearly die, but breathe a sigh of relief after I finally duck under a partly destroyed door to reach the exit.

You don’t always have to take the expected route in Dying Light 2, and that’s the game’s biggest strengths. Zombies flourish and roam the streets at night, but their sensitivity to light forces them indoors during the day. The fact that you can still get through a densely packed building during the day (as long as you’re quick) sums up what the game does really well: Deliver a living, breathing open world infested with the undead.

Dying Light 2 is a satisfying array of smart ideas with a few glaring stumbles. Still, it’s easily one of the best zombie games in recent memory, thanks to its emphasis on player choice, lovable characters, and an enormous environment that begs to be explored.

Dying Light 2 picks up 15 years after the events of the first game. Its larger open world has more things to do and a variety of ways to do them. This first-person action leans into survival horror elements with crafting, looting, upgrades, and exploration at the forefront. You can fight zombies directly if you want, or save your precious resources by always running away.

The game’s new protagonist Aiden is a man with a troubled past, eager to find his equally troubled sister. Despite the game’s seemingly canned premise, Aiden moves through this world and interacts with its inhabitants in a way that makes him just compelling enough to root for. He’s compassionate and makes as many friends as he does enemies, but the way his (and your) decisions influence the narrative makes for one of Dying Light 2’s biggest selling points.

At one point, a dying character pleads with Aiden to relay a simple message to a loved one. Do you fulfill this character’s wish? Or ignore it entirely? Characters will respond to the choices you make, big or small, and in some circumstances, the outcome can help or hinder your fight for survival. You’re constantly reminded of the “Stay Human” part of the game’s subtitle. Dying Light 2 is at its strongest when characters remember their humanity. Maybe that’s in you fulfilling a dying man’s simple last wish, or when a heavily armed group of soldiers hum along together to some elevator muzak.

While Dying Light 2 never quite reaches the level of nuance found in games like The Witcher 3: Wild Hunt, its narrative ambitions are admirable enough. Even the smallest of decisions still offer enough character development to feel worth the investment.

Many open-world games feel bloated with little innovation upon the core formula. Dying Light 2 delivers a more lived-in, dynamic world than your typical sprawling realm full of fetch quests. Sure, it’s got a map littered with quest markers, but thanks to the day/night cycle and inhabitants that roam freely, there’s an element of realism that’s more surprisingly immersive.

There are certain objectives you can only complete at night, such as Global Relief Effort (GRE) Anomalies. Defeating the nocturnal enemies at these locations grants you special rewards. All enemies are also more aggressive. Get noticed, and they’ll chase you until you enter a safe zone, attracting more undead along the way. As you explore the city, spontaneous events can also occur. Maybe you’re saving a friendly character from a zombie attack, or perhaps you have to chase a special infected for the chance of acquiring powerful items and XP. There’s an element of spontaneity that gels really well.

There’s also so much loot to claim, from gear to consumables and crafting materials — all typical open-world fare. Even the useless pieces of garbage you pick up can still be sold for a bit of cash, helping you on the endless hunt for better gear. Swap a longsword that does 66 damage for a hammer that deals 116 damage instead. Just make sure you have a backup since weapons do break, just like in Breath of the Wild. This realistic mechanic forces you to experiment with new weapons in a way that you either love or hate.

Combat is uncomplicated, but there’s enough substance to keep things fresh and varied. Most of the encounters emphasize melee, requiring you to perfectly time each block, parry, dodge, and attack. Weapon weight influences overall speed, requiring you to take a more methodical approach to managing your stamina in a way that’s reminiscent of action games like Dark Souls.

The ability to chain parkour abilities sets Dying Light 2 apart. You can parry an opponent, jump from their shoulders, and dropkick a separate nearby foe to knock them down instantly. Or, jump down from a rooftop onto an enemy’s head and use the momentum to bounce back up. Incorporating parkour into each battle not only gives you an advantage, but it looks oh so cool, too.

That is, when it works.

Dying Light 2 wants to blaze trails with its parkour traversal system. Swinging from fixtures on the side of a building sounds fun if you’re Nathan Drake in Uncharted, but falling to your death because the game doesn’t register your jump input from the first-person perspective is frustrating beyond measure. Finicky controls hamper Dying Light 2’s attempt at traversal from this perspective, which makes it hard to tell when you should jump while swinging across even the simplest of obstacles. Imagine being certain that your timing is perfect, but you slip and fall from a set of monkey bars like a child on the playground.

Except instead of skinning your elbow, you’re dead.

Similarly, the grappling hook often requires a wonky swing-jump-attach maneuver that’s hard to pull off well. Even basic platforming seems to work sporadically. When you do execute an ambitious leap, roll, and handspring, the animations don’t look fluid as your character stumbles around a bit.

These flaws — which feel more like a polishing issue than anything else — don’t completely ruin the experience, and they should be fixable over time with subsequent patches.

When the platforming actually works, Dying Light 2 is an absolute blast. Chaining together a high-flying hang glider maneuver, then grappling off the edge of a building before executing a perfectly timed series of jumps makes you feel like a superhero. It’s just too bad that more often than not, something will go wrong and you’ll fall to your death instead.

I try my luck inside the abandoned hardware store anyway. During the daytime, buildings in Dying Light 2 Stay Human are jam-packed with zombies. I inhale an anti-poison booster to deal with the toxic chemicals before then bobbing and weaving around a horde of undead. I find the container with the upgrade I need and…

I try my luck inside the abandoned hardware store anyway. During the daytime, buildings in Dying Light 2 Stay Human are jam-packed with zombies. I inhale an anti-poison booster to deal with the toxic chemicals before then bobbing and weaving around a horde of undead. I find the container with the upgrade I need and…

The top 6, ranked from worst to best