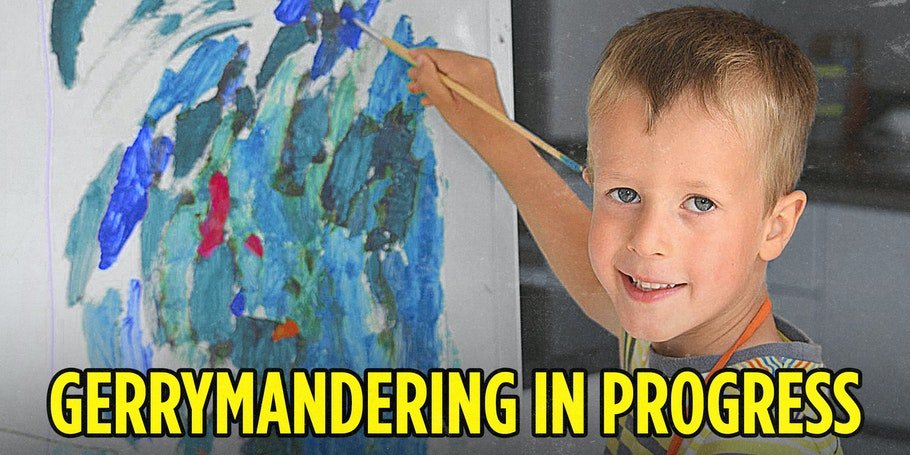 Remember when Democrats lost nearly 70 congressional seats and more than 900 state legislative seats in 2010? Those seats cost them the power of redistricting and made winning elections a little bit harder for a whole decade. Thanks, Obama. Well, they certainly learned their lesson — that they need to do a better job rigging elections.

We’re not even talking about their failed attempt in 2016 or their successful one in 2020, but rather their efforts for 2022 and beyond.

Democrats are scheming to stave off defeat in the exceptionally unpopular Joe Biden’s first midterms, hoping to hold onto the House in particular. The Senate, by the way, features 34 seats in play, and 20 of those are held by Republicans, meaning this isn’t going to be the walk in the park some conservatives seem to think is a foregone conclusion. Besides, 10 months is a long time, especially if Biden pivots on COVID, inflation stabilizes, and he takes credit for some winning strategy with Russia.

All that aside, Democrats are putting in place some of the pieces they need. One such piece is redistricting in New York, where the state will lose one seat overall after the census, and state Democrats just unveiled their proposed congressional map. “The proposed map creates 20 Democratic-leaning seats and only four Republican-leaning seats and two highly competitive seats (both of which tilt toward Democrats themselves),” according to FiveThirtyEight. “This is an increase of three Democratic-leaning seats, a decrease of three Republican-leaning seats and a decrease of one highly competitive seat from the old map.” The more accurate framing is that the GOP could drop from eight seats to just four.

That is if Democrats succeed. It’s not a done deal and the New York GOP is looking for “legal options.” “Democrats are circumventing the will of the people,” said State Republican Party Chairman Nick Langworthy. “For all of their phony protestations about transparency and fairness in elections, what they’re doing is textbook filthy, partisan gerrymandering that is clearly in violation of the New York State Constitution.”

For the record, gerrymandering is a bipartisan sport, and it’s often pretty ugly.

Even if Republicans fail, three or four seats in a big blue state is no big deal, right? Wrong. The Democrats’ current House majority is only 10 seats (with one Republican vacancy). Republicans need to flip just five seats, but New York Democrats winning three or four additional seats gives 81-year-old Nancy Pelosi a much higher chance of hanging onto the speaker’s gavel.

That’s even more so because New York isn’t alone. “Redistricting was expected to cost Democrats several seats nationwide this year, but aggressive Democratic gerrymanders in California, Illinois, New Jersey and elsewhere mean they may break even nationwide or even gain a slight edge,” says The Wall Street Journal. “GOP legislators this year have tended to shore up their suburban districts in states like Texas, rather than try to carve up Democratic seats and go for a bigger advantage. The loser is political competition, not Democrats. The most aggressive GOP gerrymanders, as in Ohio and North Carolina, may be overturned by courts.”

Both parties want to win, and they want rules they think favor their party. Democrats just happen to be the more shameless party. That’s why they’ve made their phony call for “voting rights” legislation in Congress a key plank in their agenda. “Voting rights” is, of course, Democrat code for tilting the game heavily in their favor. And if they gerrymander their way to victory in the House while hanging onto the Senate, all bets are off.

And yet there’s one key factor for Republicans: Donald Trump currently has more campaign cash than the RNC and DNC … combined.

They’ve gerrymandered several states to make retaining their House majority considerably easier. Remember when Democrats lost nearly 70 congressional seats and more than 900 state legislative seats in 2010? Those seats cost them the power of redistricting and made winning elections a little bit harder for a whole decade. Thanks, Obama. Well, they certainly learned…

They’ve gerrymandered several states to make retaining their House majority considerably easier. Remember when Democrats lost nearly 70 congressional seats and more than 900 state legislative seats in 2010? Those seats cost them the power of redistricting and made winning elections a little bit harder for a whole decade. Thanks, Obama. Well, they certainly learned…

The Left Is Losing Black Americans