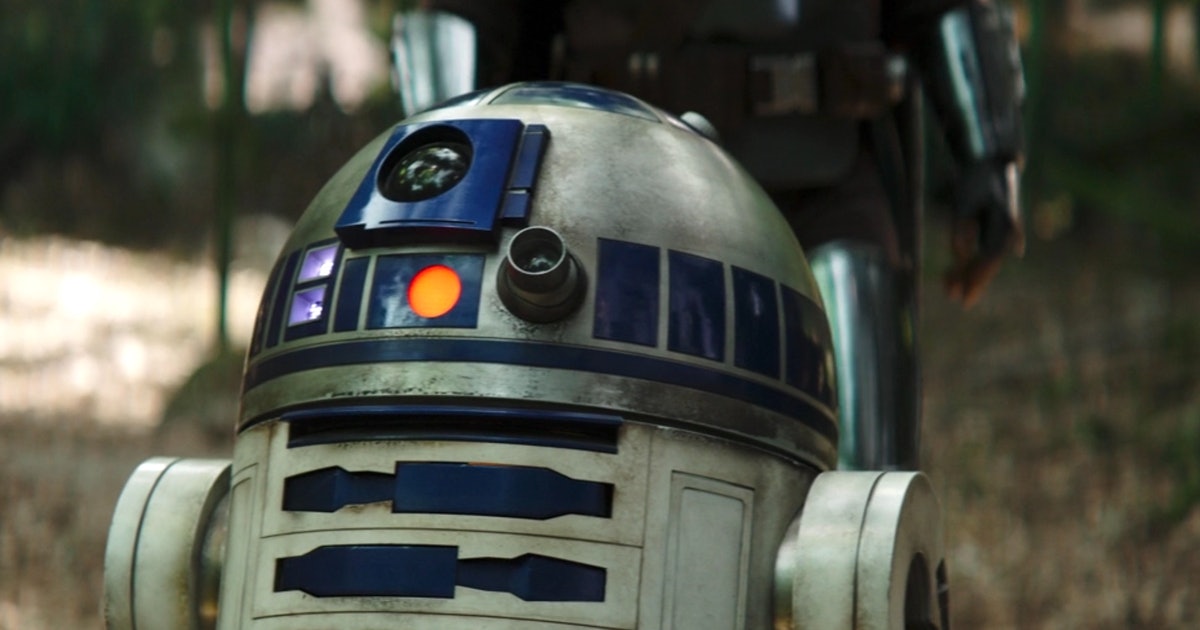 What happened after Return of the Jedi is just another way of phrasing what happened before The Force Awakens. In the three decades between the classic trilogy and the sequel trilogy, quite a bit in the faraway galaxy changed. But, as The Book of Boba Fett and The Mandalorian have proven, this period of time isn’t just filler. Instead, this “in-between” Star Wars era is proving to be maybe the most interesting of them all. And in Boba Fett Episode 6, “From the Desert Comes a Stranger,” one piece of the puzzle might actually be a puzzle in it of itself. Spoilers ahead.

While most fans weren’t expecting to see Baby Yoda, Luke Skywalker, R2-D2, or Ahsoka until S The Mandalorian Season 3, this Boba Fett episode reveals them all! As foreshadowed in Episode 5, Mando was on his way to bring a gift to Grogu, which, at the end of the episode, we learn is a small tunic of beskar armor.

Although this episode gives us some Tatooine action, complete with Cobb Vanth dealing with the Pike Syndicate, and the first live-action reveal of the Clone Wars bounty hunter Cad Bane, the vast majority of the episode digs into the basic conflict we all sensed might be coming: Luke is forbidding Grogu from having deep emotional attachments, which isn’t really working out because Grogu misses his dad; Din Djarin.

The conflict here is pretty clear: Grogu might not want to be a Jedi, and because he ages so much more slowly than everyone else, the time it might take for him to truly master his skills could be way longer than we might think. Grogu might be “Baby Yoda,” but as Luke puts it: “a short time for you is a lifetime for someone else.”

In The Last Jedi, we get glimpses of Luke’s failed Jedi school, complete with a “temple” which was “burning” after Ben Solo turned to the Dark Side of the Force. To be clear this burning temple is not the same ancient Jedi temple Luke had on the planet Ahch-to, however, the flashback in The Last Jedi reveals that one stone building in Luke’s school — probably the temple — was of a very similar design. And that’s likely the temple we’re witnessing these ant droids building in Boba Fett.

Although Ahsoka is hanging out with Luke for a little bit in this episode, by the end, she leaves, meaning the school, at this point, is just Luke, Grogu, R2-D2, and some other worker-droids. Luke says Grogu will be “the first student” of this school, but right now, it seems like that’s not really going to be true.

Something which both The Mandalorian and Boba Fett have made abundantly clear is that the Star Wars galaxy is populated by all sorts of pseudo-Jedi who don’t necessarily fit into the dogmatic stereotypes of what Jedi are supposed to be or act like. For example, as Grogu ponders his decision to leave Luke, and possibly never become a Jedi, Ahsoka is nearby, another person who renounced the Jedi Order at least once. Because Ezra Bridger and Jacen Syndulla are also both potentially running around in this era, the galaxy is could actually be filled with a lot of Force-users who don’t identify as Jedi at all.

In The Mandalorian Season 2, Ahsoka made it sound like there aren’t very many Jedi left and strictly speaking, that’s true. But, people strong with the Force, who might not want to be Jedi seem to outnumber those who do. For example, because Boba Fett and Mando take place in roughly 9 ABY, we have to assume that just a few years prior, Luke’s sister, Leia also quit her Jedi training.

Essentially, what the Mando and Boba Fett eras reveal is that more people had Force powers than were formally trained as Jedi. In addition to Leia, Grogu, Ahsoka, and Ezra Bridger, there could be many more people who were simply never educated in the ways of the Force, but nonetheless, are strong with it.

In The Book of Boba Fett, we now see Luke’s doomed Jedi school getting built. But who knows, there are several, several years in between this moment and The Last Jedi, and several not-quite-Jedi might have come and gone in the years in between.

The Book of Boba Fett has one episode left, which airs on February 9, on Disney+.

What happened after Return of the Jedi is just another way of phrasing what happened before The Force Awakens. In the three decades between the classic trilogy and the sequel trilogy, quite a bit in the faraway galaxy changed. But, as The Book of Boba Fett and The Mandalorian have proven, this period of time…

What happened after Return of the Jedi is just another way of phrasing what happened before The Force Awakens. In the three decades between the classic trilogy and the sequel trilogy, quite a bit in the faraway galaxy changed. But, as The Book of Boba Fett and The Mandalorian have proven, this period of time…

13 years ago, J.J. Abrams unveiled his greatest sci-fi achievement ever