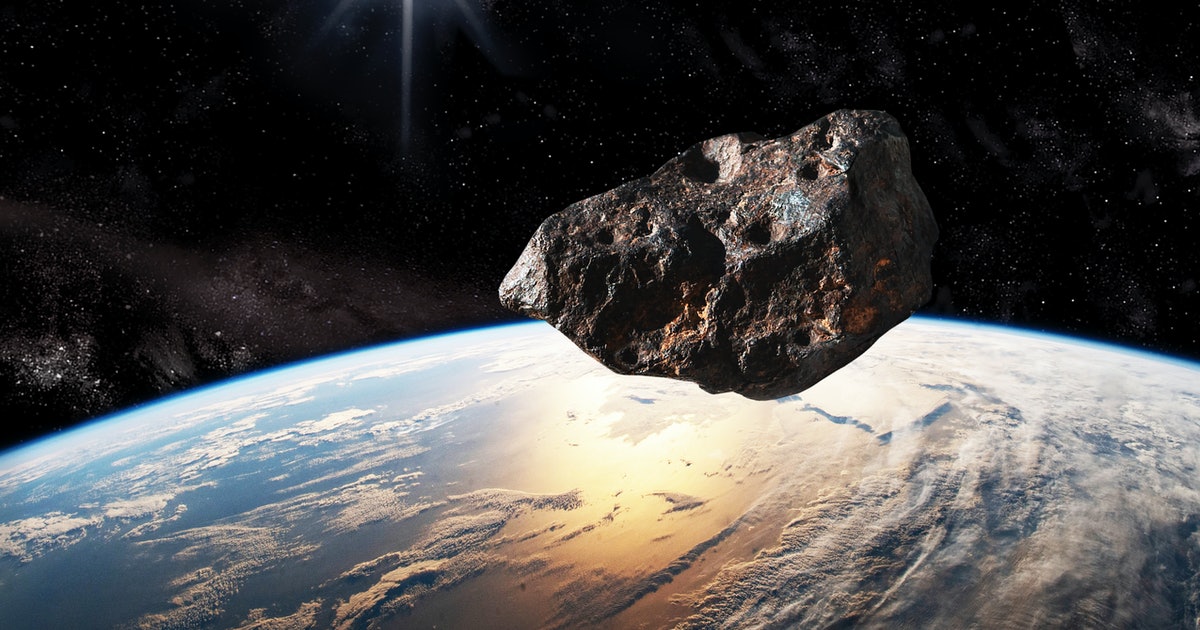 Scientists discover an asteroid trapped near Earth for the next 4,000 years

When asteroid 2020 XL5 was first discovered, astronomer Toni Santana-Ros thought it might have a strange orbit, one that kept it just in front of Earth — what astronomers call a “Trojan asteroid” for the way they sneak behind or in front of a planet. But

“Can we quantify the probability of the asteroid being an Earth Trojan?” Santana-Ros tells Inverse.

In order to do that, Santana-Ros, from the Institute of Cosmos Sciences of the University of Barcelona, and a team of astronomers dug through archival data and found previously unnoticed observations of the asteroid over a period of seven years.

“With all these data, we could finally study the orbit of 2020 XL5 in the long term, confirming that the object is the second Earth Trojan known,” Santana-Ros says.

The data not only confirmed that this was in fact an Earth trojan asteroid, but that it will share the orbital path of our planet for 4,000 years. The team’s findings are detailed in a study published Tuesday in the journal Nature Communications.

HERE’S THE BACKGROUND — Asteroid 2020 XL5 was discovered in December 2020 sharing Earth’s orbit around the Sun.

It was first spotted with the Pan-STARRS 1 survey telescope in Hawaii, and calculations of its orbital path by amateur astronomer Tony Dunn later led scientists to speculate that this may be a trojan asteroid.

Trojan asteroids are objects that share an orbital path with a planet in the Solar System, and they are found in gravitationally stable regions known as Lagrangian points. These are pockets in space where the Sun’s gravitational pull is balanced out by Earth’s gravity, holding objects in place. Earth has five Lagrangian points, and the James Webb Space Telescope is currently orbiting the Sun in the Earth-Sun L2 Lagrangian.

“The discovery of 2020 XL5 as an Earth Trojan confirms that 2010 TK7 is not rare exception and that there are probably more bodies populating L4 and probably L5 of the Earth-Sun system,” Santana-Ros says.

Although Earth only has two confirmed trojans so far, other planets boast a larger group of rocky companions.

Jupiter has an impressive swarm of thousands of trojans trailing ahead of and behind the planet, while Neptune has 28, Mars has nine, and Uranus has one.

WHAT’S NEW — Using the 4.1-meter Southern Astrophysical Research Telescope on Cerro Pachón in Chile, the team of scientists behind the new study observed asteroid 2020 XL5 in February and March 2021.

This allowed them to get a better idea of its orbit, and in turn find archival data of the asteroid.

“We found several unnoticed detections of the asteroid from 2012 to 2019,” Santana-Ros says.

By learning more about the asteroid’s orbital path, the team also found that the asteroid will remain in this stable point for 4,000 years before being ejected out of its L4 position to wander through space.

“We don’t know much about their physical characteristics, so we can’t really speculate about their nature,” Santana-Ros says. “We only know that both are temporary Earth Trojans, meaning that none of them has been in L4 since the formation of the Earth.”

WHAT’S NEXT — Earth’s two trojans may not be the only ones. But these rocky bodies are hard to detect since they appear close to the Sun when viewing the sky through a telescope.

“We are clearly affected by an observational bias,” Santana-Ros says. “The low discovery rate is tied to the fact that these particular Lagrange points for Earth can only be viewed soon after dusk or just before dawn. This means that the window of time to discover an asteroid loitering in one of these Lagrange points—between the asteroid rising above the horizon and sunrise—is very small.”

But scientists are hoping to find more of these Earthly trojans. They just probably won’t be as big of an entourage as the one sharing Jupiter’s orbital path.

“Jupiter is a giant in all senses, it cleaned its neighboring region of other objects and gathered thousands of objects on its L4 and L5 points,” Santana-Ros says. “However, the Earth has a more delicate environment, with close gravitational competitors like Venus, Mars, or even the Moon. Therefore, we estimate that the number of Earth Trojans is probably in the level of tens or hundreds, but certainly not thousands.”

Abstract: Trojan asteroids are small bodies orbiting around the L4 or L5 Lagrangian points of a Sunplanet system. Due to their peculiar orbits, they provide key constraints to the Solar System evolution models. Despite numerous dedicated observational efforts in the last decade, asteroid 2010 TK7 has been the only known Earth Trojan thus far. Here we confirm that the recently discovered 2020 XL5 is the second transient Earth Trojan known. To study its orbit, we used archival data from 2012 to 2019 and observed the object in 2021 from three groundbased observatories. Our study of its orbital stability shows that 2020 XL5 will remain in L4 for at least 4 000 years. With a photometric analysis we estimate its absolute magnitude to be Hr ¼ 18:58þ0:16 0:15, and color indices suggestive of a C-complex taxonomy. Assuming an albedo of 0.06 ± 0.03, we obtain a diameter of 1.18 ± 0.08 km, larger than the first known Earth Trojan asteroid.

When asteroid 2020 XL5 was first discovered, astronomer Toni Santana-Ros thought it might have a strange orbit, one that kept it just in front of Earth — what astronomers call a “Trojan asteroid” for the way they sneak behind or in front of a planet. But “Can we quantify the probability of the asteroid being…

When asteroid 2020 XL5 was first discovered, astronomer Toni Santana-Ros thought it might have a strange orbit, one that kept it just in front of Earth — what astronomers call a “Trojan asteroid” for the way they sneak behind or in front of a planet. But “Can we quantify the probability of the asteroid being…

Earth may be home to 9,000 more tree species than we thought — most are undiscovered