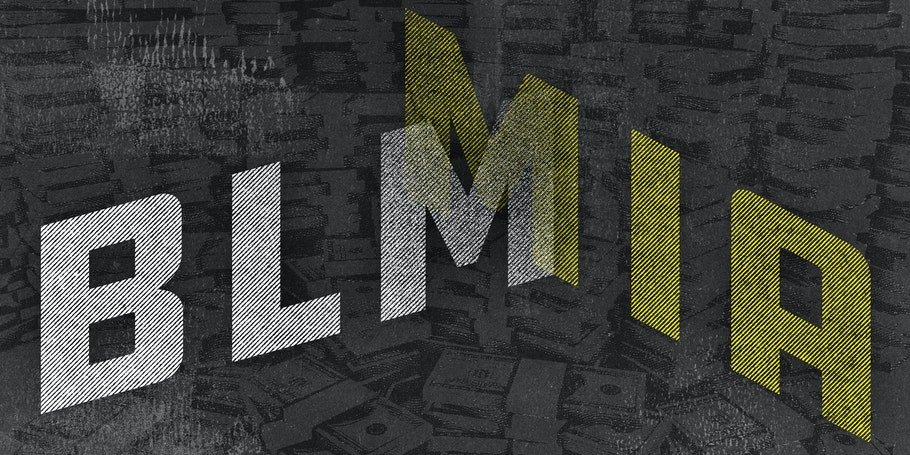 The leaders of Black Lives Matter are seemingly nonexistent, and at least $60 million is unaccounted for.

Back in May, Patrisse Khan-Cullors, cofounder of Black Lives Matter (BLM), retired at the ripe old age of 37. Many believe that this push to early retirement was influenced by the rumors that she had used money from the organizational coffers to purchase $3.2 million worth of residential property.

The BLM organization, which she, Alicia Garza, and Opal Tometi founded in 2013 after the death of Trayvon Martin, really had no traction as a business until the death of George Floyd. Afterward, it became a global movement that was raking in donations.

Then, Cullors’s name hit the front pages with the real estate purchases, and suspicions were heightened as to where she had gotten that kind of money.

She bequeathed her mantle of a “healthy organization” to fellow activists Makani Themba and Monifa Bandele, who would serve as senior co-executives in her place. She had other projects she though merited her attention.

The timing, though suspicious, didn’t raise any red flags until this past September, when Themba and Bandele revealed that they had not accepted the high-level BLM position due to a failure to come to an agreement on the direction of the organization.

The reporters at the Washington Examiner asked: Who is in charge of Black Lives Matter Global Network Foundation? To which Themba and Bandele responded, “We never actually started in the position, so we never received any detailed information.”

Laurie Styron, director of a charity watchdog group, remarked that this shady setup is “like a giant ghost ship full of treasure drifting in the night with no captain, no discernible crew, and no clear direction.”

Other red flags appeared on the docket. The address BLM gave as its home office for the IRS doesn’t seem to exist, or at least BLM was never known to have had offices there. Then, this past summer, some of the BLM funds were sent to M4BJ, a Canadian nonprofit that one article characterizes as “BLM Canada,” to buy a mansion. This mansion used to be the headquarters for the Communist Party in Canada. Reportedly, four members of the Canadian nonprofit quit over this “misuse of funds.” It is also noteworthy that M4BJ is run by Cullors’s “wife.” Needless to say, watchdog groups are demanding a full audit and financial transparency from BLM.

The New York Post editorial board summed up the situation perfectly: “It all looks like the folks lucky enough to control tens of millions have been diverting charity money to lavish living in a manner reminiscent of all those televangelist scandals.”

BLM’s hypocrisy on the high end of the organization is bad, but the two-tiered justice on the low end is worse.

An arsonist and BLM thug who set fire to a pawn shop, killing a person inside, avoided a murder charge. In fact, he was only sentenced to 10 years of jail time, significantly lower than the 16.5-20 years in the sentencing guidelines for such a crime.

When you contrast this with January 6 rioters, many of whom are still awaiting trials, it is a blatant double standard. To quote our Douglas Andrews: “Were Jacob Chansley (the buffalo horn guy) a Democrat-approved thug from antifa or Black Lives Matter — or better yet, one of the hundreds of rioters who burned cars and smashed storefronts in DC in 2017 during President Donald Trump’s inauguration — he’d have received a slap on the wrist or had his charges dropped altogether by the Department of Justice.”

The BLM grift is working on both ends of the organization structure. The leadership of BLM is nonexistent, millions of dollars in donations are unaccounted for, and the foot soldiers like the one mentioned above are given minimal sentencing for heinous crimes.

This is not justice. One can only hope they get their comeuppance soon.

By EMMY GRIFFIN February 1, 2022 in Race The leaders of Black Lives Matter are seemingly nonexistent, and at least $60 million is unaccounted for. Back in May, Patrisse Khan-Cullors, cofounder of Black Lives Matter (BLM), retired at the ripe old age of 37. Many believe that this push to early retirement was influenced by the…

By EMMY GRIFFIN February 1, 2022 in Race The leaders of Black Lives Matter are seemingly nonexistent, and at least $60 million is unaccounted for. Back in May, Patrisse Khan-Cullors, cofounder of Black Lives Matter (BLM), retired at the ripe old age of 37. Many believe that this push to early retirement was influenced by the…

Tuesday Newsfeed: What’s Worse, Using the Ineffective COVID “Mask” as a Blindfold or as a Gag?