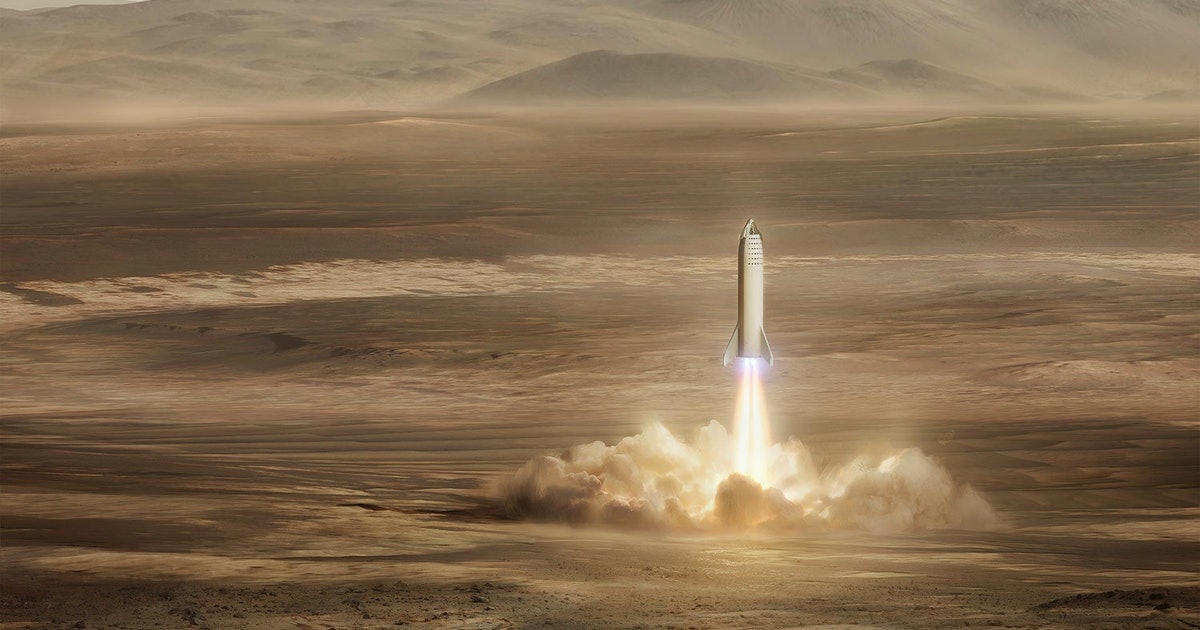 How putting humans into hibernation could help astronauts travel to Mars

Want to go to Mars? Bears could hold the key — and they could inspire a new range of A.I.-powered spaceships.

On Monday, the European Space Agency published a report explaining how hibernation could help humanity get to Mars. The agency explained that when bears hibernate, they use fewer resources without letting their muscles and bones go to waste.

For a multi-month trip to Mars, it could help a crew complete their trip with reduced stress levels and fewer medical complications. Crew members would enter pods, administer a drug, and let the ship handle operations for most of the flight.

Want to find out more about plans for a city on Mars? Subscribe to MUSK READS+ for exclusive interviews and analysis about spaceflight, electric cars, and more.

The ideas have now been explored in a paper published in the journal Neuroscience & Biobehavioral Reviews. Jennifer Ngo-Anh, ESA research and payload coordinator of Human and Robotic Exploration and one of the paper’s authors, explained in a statement how it could help crew members survive the trip.

“The strategy would minimize boredom, loneliness, and aggression levels linked to the confinement in a spacecraft,” she said.

It could come at a vital time for human spaceflight. Groups like NASA and SpaceX are planning for the potential of sending the first humans to Mars, with the latter hoping to complete the feat as soon as this decade.

With a trip to Mars taking somewhere around three to six months — far longer than the three days it took to reach the Moon — humans may find themselves tackling all-new issues.

Human hibernation: Why do it?

Ngo-Anh and her team explored how crew members could reduce the physical and mental stresses of the flight. They also looked at how astronauts could best preserve supplies — crew members are given around 30 kg (66 pounds) per astronaut per day, and the agency expects a mission to Mars to require around two years worth of food and water.

Hibernation could hold the key. Animals use it to reduce their heart rates and vital functions.

The team was particularly interested in bears. Among animals that hibernate — frogs, tardigrades, reptiles — bears are much closer to the size of humans, and their body temperatures reduce only a few degrees in a way that could be safe for humans.

Bears hibernate for around six months, but they come out in spring relatively healthy. They return to normal after around 20 days, and unlike a human that stayed in bed for that length of time, they don’t lose too much muscle.

Human hibernation: How to do it

The agency explains that the goal would be to induce torpor, the state that reduces those metabolic rates.

Crew members would enter special capsules, shielded with water to protect against radiation. Researchers have warned that the trip could greatly exceed the minimum radiation levels set by the United States Nuclear Regulatory Commission. The pods would be kept at a low temperature of around 50 degrees Fahrenheit and high humidity.

Once in the pod, a drug would be administered to reduce metabolism. The crew members would remain in this state throughout the trip, with artificial intelligence taking over flight operations for most of the trip.

While traveling to Mars in an A.I.-powered spaceship sounds decidedly futuristic, the key could from a well-established routine from an Earth-based mammal.

Abstract — Long-duration space missions to Mars will impose extreme stresses of physical and psychological nature on the crew, as well as significant logistical and technical challenges for life support and transportation. Main challenges include optimising overall mass and maintaining crew physical and mental health. These key scopes have been taken up as the baseline for a study by the European Space Agency (ESA) using its Concurrent Design Facility (CDF). It focussed on the biology of hibernation in reducing metabolism and hence stress, and its links to the infrastructure and life support. We concluded that torpor of crew members can reduce the payload with respect to oxygen, food and water but will require monitoring and artificial intelligence (AI) assisted monitoring of the crew. These studies additionally offer new potential applications for patient care on Earth.

Want to go to Mars? Bears could hold the key — and they could inspire a new range of A.I.-powered spaceships. On Monday, the European Space Agency published a report explaining how hibernation could help humanity get to Mars. The agency explained that when bears hibernate, they use fewer resources without letting their muscles and…

Want to go to Mars? Bears could hold the key — and they could inspire a new range of A.I.-powered spaceships. On Monday, the European Space Agency published a report explaining how hibernation could help humanity get to Mars. The agency explained that when bears hibernate, they use fewer resources without letting their muscles and…

How the deal will “pressure Microsoft” in one crucial way