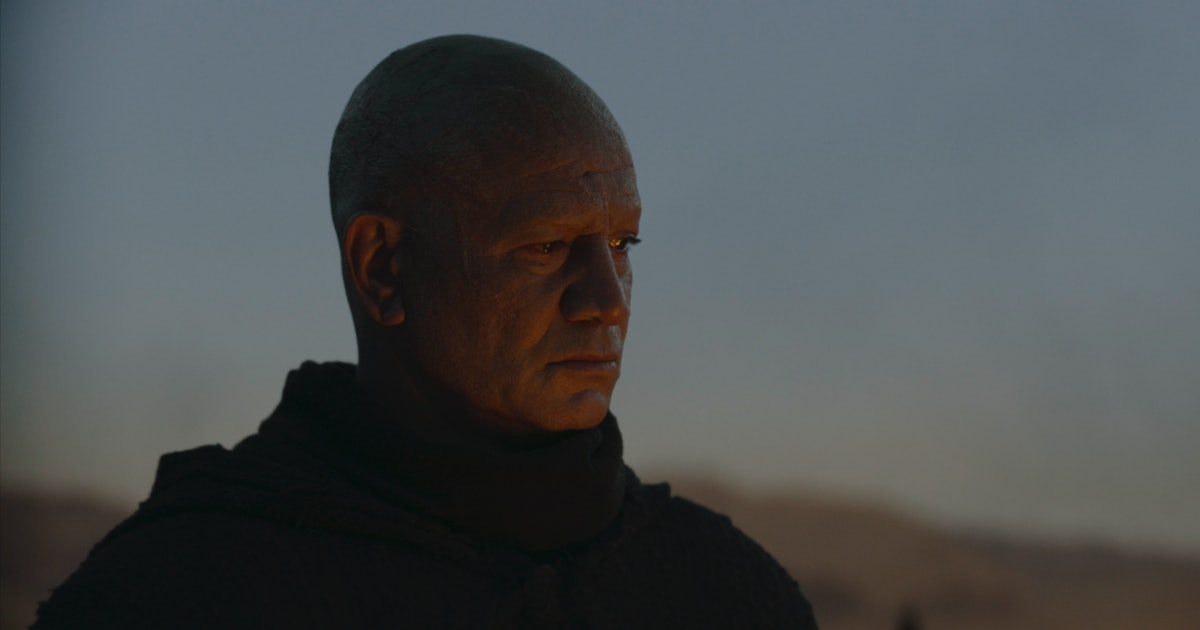 Boba Fett?! Does the Star Wars series even care about its main character?

The Book of Boba Fett Episode 5 is notable for several reasons. The first and most obvious is that it features Din Djarin (Pedro Pascal), the central figure of The Mandalorian, in a major role. In fact, the episode essentially belongs to Din, so much so that it feels more like a new episode of The Mandalorian than it does the fifth installment in The Book of Boba Fett.

The episode, titled “Return of the Mandalorian,” doesn’t feature a single appearance from Boba Fett (Temuera Morrison) and only includes a very brief scene with Fennec Shand (Ming-Na Wen). With only two episodes left to go in The Book of Boba Fett Season 1, that’s a surprising and undeniably strange narrative choice for the show’s creative team to make. It forces us to ask: Does The Book of Boba Fett really care about Boba Fett?

The Godfather of Tatooine — Before its premiere, The Book of Boba Fett was being sold as a Godfather-esque crime series set in the world of Star Wars. It was packaged and pitched as being about Boba Fett’s attempts to cement his place on the throne once occupied by Jabba the Hutt. However, while The Book of Boba Fett has spent some time developing and building out its crime story, Boba’s rise to power has felt increasingly like an afterthought in the show itself.

Across the series’ first five episodes, Boba has done little to secure his place of power on Tatooine. He’s collected tribute payments from those in his territory and met with several adversaries, but he has yet to do anything smart or surprising himself. Even his brief quarrel with the Hutt Twins ended up disintegrating not because of anything Boba did but because the Twins learned on their own about the Pyke Syndicate’s plans for Tatooine.

To make matters even worse, in the two episodes since the Pyke Syndicate’s role in the show was revealed, Boba has done, well, practically nothing about it. Outside of meeting with Tatooine’s other rulers, Boba hasn’t done anything other than talk about preparing for a battle with the Pykes. Indeed, the only truly strategic decision Boba has made throughout the series so far is when he prioritized befriending a gang of Tatooine bike riders over a greedy business owner.

Of course, The Book of Boba Fett’s disinterest in its own crime story wouldn’t be as damaging as it is if the series was dedicating its time to a richer storyline. But while the show’s first few episodes explored Boba’s genuinely interesting relationship with a tribe of Tusken Raiders, the Disney+ series has more or less abandoned that plotline in recent episodes.

On a narrative level, the episode does a lot to move Din’s story forward and set the stage for what promises to be an exciting third season of The Mandalorian. What the episode doesn’t do is progress Boba Fett’s story forward in any way or tell us anything more about the character. Unfortunately, the same goes for The Book of Boba Fett’s co-lead, Fennec Shand, who shows up in the episode’s closing minutes to ask for Din Djarin’s help in her and Boba’s battle against the Pykes.

If The Book of Boba Fett had explored its titular character more in its first four episodes, then its fifth installment being a detour into Mandalorian territory might not feel as weird as it does. But the series hasn’t done that. And considering the small episode count, the fact that the show’s creative team chose to dedicate an entire episode to developing Din Djarin’s arc makes it feel like Jon Favreau and co. have never been all that interested in Boba Fett’s story.

If that’s the case, then why even make The Book of Boba Fett in the first place?

The Inverse Analysis — There has been a lot to love about The Book of Boba Fett Season 1 — from its delightful supporting characters to several of its genuinely thrilling action sequences. That said, with only two episodes remaining in its first season, The Book of Boba Fett has yet to really challenge or develop its central character in any tangible, lasting ways. Instead, the series has focused on unnecessarily filling in gaps, including those many believed would be addressed in The Mandalorian Season 3.

Consequently, when it comes to whether or not The Book of Boba Fett actually cares about its titular former bounty hunter, it increasingly feels like the answer to that question may simply be: Not really.

The Book of Boba Fett is streaming now on Disney+.

The Book of Boba Fett Episode 5 is notable for several reasons. The first and most obvious is that it features Din Djarin (Pedro Pascal), the central figure of The Mandalorian, in a major role. In fact, the episode essentially belongs to Din, so much so that it feels more like a new episode of…

The Book of Boba Fett Episode 5 is notable for several reasons. The first and most obvious is that it features Din Djarin (Pedro Pascal), the central figure of The Mandalorian, in a major role. In fact, the episode essentially belongs to Din, so much so that it feels more like a new episode of…