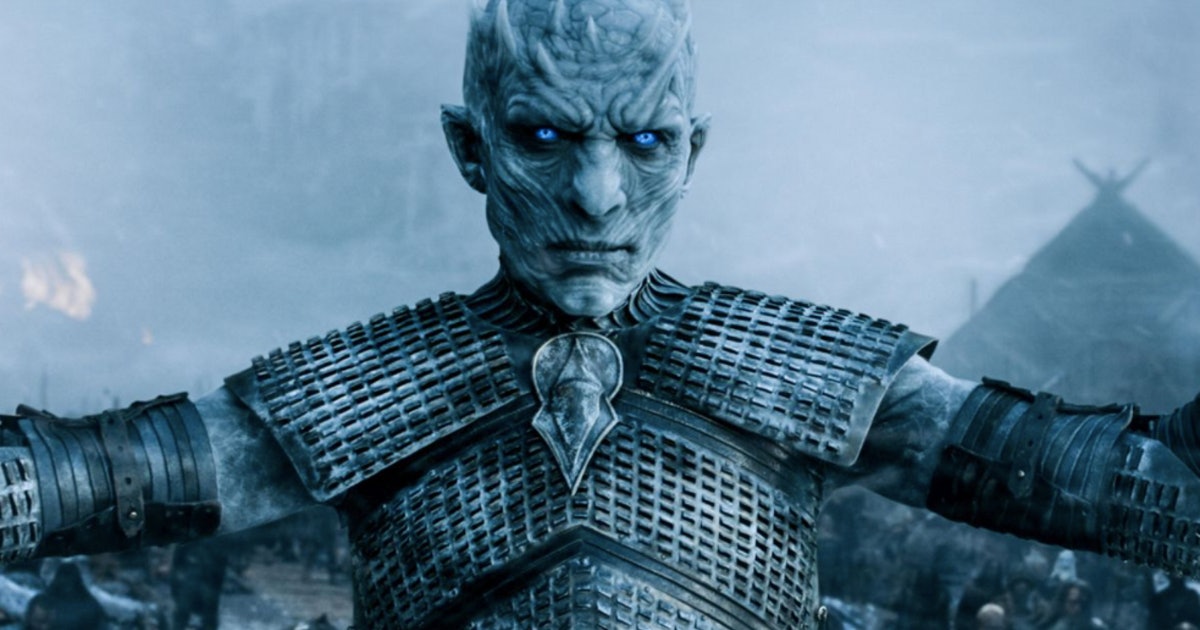 Stannis Baratheon was a major player on Game of Thrones for several seasons, but like many of the show’s characters he ultimately failed to achieve his goals.

The HBO series saw Stannis (Stephen Dillane) make an increasing number of moral and ethical concessions in his pursuit of power, only to end up paying the price for those decisions in the Season 5 finale. However, while Game of Thrones had Brienne of Tarth (Gwendoline Christie) deal the final blow to Stannis in the forests outside of Winterfell, there’s reason to believe he’ll meet his fate differently on the page.

Indeed, many fans believe George R. R. Martin may give Stannis a surprising role in The Winds of Winter, the long-awaited sixth installment in the Song of Ice and Fire book series.

The Theory — An interesting Winds of Winter theory speculates that the book may see Stannis Baratheon get murdered and reborn as one of the White Walkers. Specifically, the theory argues that Stannis will be reborn as a new version of the Night’s King, the fabled Night’s Watch Commander who’s mentioned in Martin’s books and inspired the Night King in Game of Thrones.

While it remains to be seen if the White Walker army will have a single leader in the Song of Ice and Fire books, it wouldn’t be surprising to see one emerge in either The Winds of Winter or its intended sequel, A Dream of Spring. And there are certainly enough moments in the books to suggest that Stannis’ future may involve him joining the White Walker army too.

The Blue-Eyed King — When Daenerys Targaryen visits the House of the Undying in A Clash of Kings, she sees a vision of a glowing red sword being held aloft by a “blue-eyed king who cast no shadow.”

The general consensus among fans is that the man in the vision is Stannis, with his lack of shadow being a reference to Melisandre using Stannis to create a shadow assassin in A Clash of Kings. In the books Stannis also wields a sword that glows, which accounts for the weapon Dany sees in her vision.

What’s interesting is that those two details are more than enough for readers to deduce that the man is Stannis. It’s not necessary for Martin to include his eye color because his sword and relationship to shadows are more important to his character than the fact that he has blue eyes. So why does Martin mention Stannis’ eyes when Dany sees him in the House of the Undying?

The explanation could, of course, be that Martin simply chose to write the passage that way. However, it could also be that Stannis’ eyes in Dany’s vision aren’t his normal blue, but the ice-cold blue eyes of a White Walker. If so, that would certainly explain why his eyes stood out to Dany just as much as his sword and non-existent shadow did.

Outside of Dany’s vision, Stannis has also claimed the Nightfort as a base of operations since arriving in the North. The Nightfort is where the Night’s King and his Queen are said to have ruled for 13 years before being defeated, which makes Stannis’ placement there feel eerie.

But more than anything, there’s just not much for Stannis to do in the books after the conflict in the North between the Boltons and the Starks comes to an end. With Daenerys and “Aegon” Targaryen now entering the fray, there’s no chance he’ll make it to the Iron Throne.

Additionally, we know he’s going to burn his daughter, Shireen, in The Winds of Winter the same way he does in Game of Thrones Season 5. That’s an act that could very well break Stannis in the books, robbing him of his humanity and resulting in him either voluntarily going to the Wall, or being sent there by the more noble northerners.

And so Stannis’ future as a White Walker will be all but sealed should either of those possibilities come to pass.

The Inverse Analysis — If this theory proves true, it could explain why Game of Thrones never ended up developing or exploring the Night King in any substantial way. In fact, it seems very possible the show’s writers may have decided that having Brienne take down Stannis was a better end for the character than making him the leader of the White Walkers.

Of course, there’s always the chance that Daenerys Targaryen will murder Stannis in The Winds of Winter, as many Song of Ice and Fire fans have already speculated. It’s even possible that Stannis could turn into a White Walker and still be taken down by Daenerys in A Dream of Spring. She does, after all, have a dream of using a dragon to melt a Baratheon army that is “armored all in ice.”

Is there a chance the dream in question is Martin’s way of foreshadowing a moment still to come, when Daenerys Targaryen and her dragons face an army of White Walkers led by an undead Stannis Baratheon? Or could the Baratheon host in Dany’s dream be covered in ice simply because they’re coming from the North?

Either way, Stannis seems destined for a far more climactic and epic end than the one he got in Game of Thrones.

The Winds of Winter will be released whenever George R. R. Martin finishes writing it.

Stannis Baratheon was a major player on Game of Thrones for several seasons, but like many of the show’s characters he ultimately failed to achieve his goals. The HBO series saw Stannis (Stephen Dillane) make an increasing number of moral and ethical concessions in his pursuit of power, only to end up paying the price…

Stannis Baratheon was a major player on Game of Thrones for several seasons, but like many of the show’s characters he ultimately failed to achieve his goals. The HBO series saw Stannis (Stephen Dillane) make an increasing number of moral and ethical concessions in his pursuit of power, only to end up paying the price…