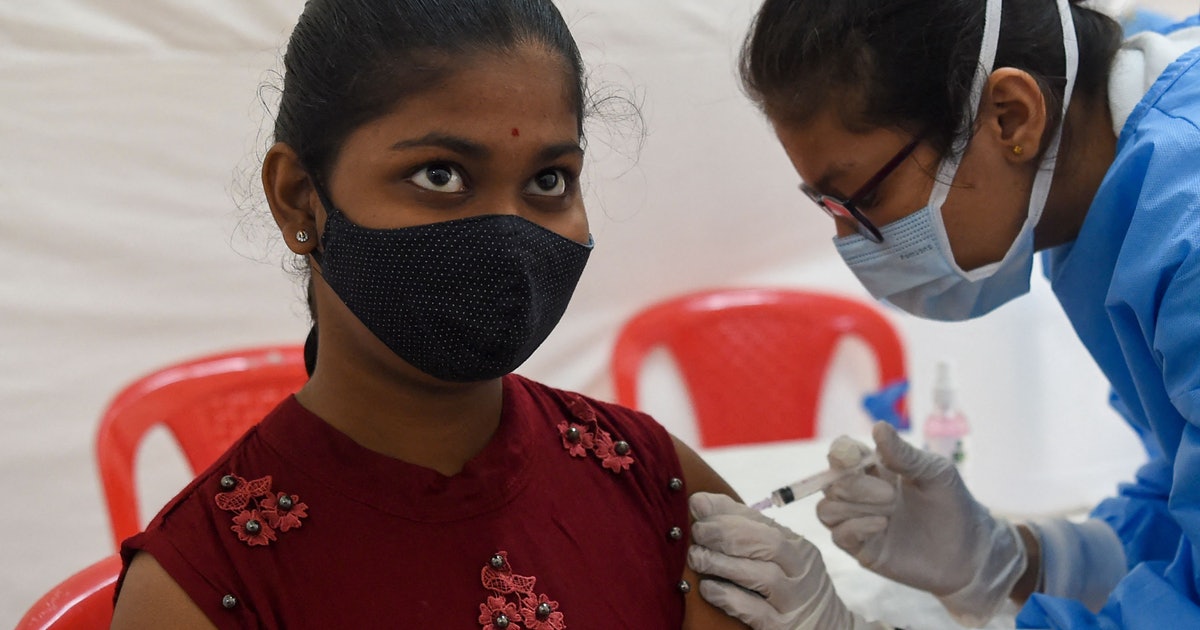 Two years into the Covid-19 pandemic, the world has seen over 314 million infections and over 5.5 million deaths worldwide. Approximately 60 percent of the world population has received at least one dose of a Covid-19 vaccine. But there is still a glaring and alarming gap in global access to these vaccines. As a virologist who has followed this pandemic closely, I contend that this vaccine inequity should be of grave concern to everyone.

If the world has learned anything from this pandemic, it’s that viruses do not need a passport. And yet approximately 77 percent of people in high- and upper-middle-income countries have received at least one dose of the vaccine — and only 10 percent in low-income countries. Wealthy countries are giving boosters and even fourth doses, while first and second doses are not available to many worldwide.

But there is hope that a new vaccine called CORBEVAX will help close this vaccination gap.

What is the CORBEVAX vaccine?

Recombinant vaccines commonly use yeast to produce the immune-stimulating proteins of a virus in the lab.

CORBEVAX was developed by the co-directors of the Texas Children’s Hospital Center for Vaccine Development at Baylor College of Medicine, Maria Elena Bottazzi and Peter Hotez.

During the 2003 SARS outbreak, these researchers created a similar type of vaccine by inserting the genetic information for a portion of the SARS virus spike protein into yeast to produce large amounts of the protein. After isolating the virus spike protein from the yeast and adding an adjuvant, which helps trigger an immune response, the vaccine was ready for use.

The first SARS epidemic was short-lived, and there was little need for Bottazzi and Hotez’s vaccine – until the virus that causes Covid-19, SARS-CoV-2, emerged in 2019. So they dusted off their vaccine and updated the spike protein to match that of SARS-CoV-2, creating the CORBEVAX vaccine.

CORBEVAX received emergency use authorization in India on December 28, 2021.

A large U.S.-based clinical trial found the vaccine to be safe, well-tolerated, and over 90 percent effective at preventing symptomatic infections. The vaccine received emergency use authorization in India and other developing countries are expected to follow suit.

Interestingly, the group at Baylor was not able to drum up interest or funding in the U.S. for their vaccine. Instead, newer technologies such as mRNA vaccines raced ahead, even though Bottazzi and Hotez’s vaccine design was more advanced, thanks to their previous work during the 2003 SARS and 2012 MERS outbreaks.

Covid-19 vaccines around the world

Protein subunit vaccines have an advantage over mRNA vaccines in that they can be readily produced using well-established recombinant DNA technology that is relatively inexpensive and fairly easy to scale up. A similar protein recombinant technology that’s been around for 40 years has been used for the Novavax Covid-19 vaccine, which is available for use in 170 countries, and the recombinant hepatitis B vaccine.

This vaccine can be produced at a much larger scale because appropriate manufacturing facilities are already available. Also, the key to global access is that CORBEVAX can be stored in a regular refrigerator. Therefore, it is possible to produce millions of doses rapidly and distribute them relatively easily. In comparison, producing mRNA vaccines is more expensive and complicated because they are based on newer technologies, rely on highly skilled workers, and often require ultralow temperatures for storage and transport.

Another major difference is that the CORBEVAX vaccine was developed with global vaccine access in mind. The goal was to make a low-cost, easy-to-produce, and easy-to-transport vaccine using a well-tested and safe method. Key to this, the researchers were not concerned with intellectual property or financial benefit. The vaccine was produced without significant public funding; the $7 million needed for development was provided by philanthropists.

COBREVAX is currently licensed patent-free to Biological E. Limited (BioE), India’s largest vaccine maker, which plans to manufacture at least 100 million doses per month starting in February 2022. This patent-free arrangement means that other low- and middle-income countries can produce and distribute this cheap, stable, and relatively easy-to-scale vaccine locally.

Combined, this means that CORBEVAX is one of the cheapest vaccines currently available. How well it works against the Omicron variant is under investigation. However, the CORBEVAX story can be used as a model to address vaccine inequity when it is necessary to vaccinate the world population — against Covid-19 and other diseases on the horizon.

There are many reasons global access to vaccines is inequitable. For example, the governments of wealthy nations purchase vaccines in advance, which limits supply. While developing countries do have vaccine production capacity, low- and middle-income countries in Africa, Asia, and Latin America still need to be able to afford the cost of placing orders.

As the Omicron variant has shown, new variants can spread across the world quickly and are much more likely to develop in unvaccinated people and continue to emerge as long as global vaccination rates remain low. It is unlikely that boosters will end this pandemic. Rather, developing globally accessible vaccines like CORBEVAX represents an important first step in vaccinating the world and ending this pandemic.

This article was originally published on The Conversation by Maureen Ferran at Rochester Institute of Technology. Read the original article here.

Two years into the Covid-19 pandemic, the world has seen over 314 million infections and over 5.5 million deaths worldwide. Approximately 60 percent of the world population has received at least one dose of a Covid-19 vaccine. But there is still a glaring and alarming gap in global access to these vaccines. As a virologist…

Two years into the Covid-19 pandemic, the world has seen over 314 million infections and over 5.5 million deaths worldwide. Approximately 60 percent of the world population has received at least one dose of a Covid-19 vaccine. But there is still a glaring and alarming gap in global access to these vaccines. As a virologist…

5 science-based tweaks to boost your results

Where will I most likely catch Covid-19? Study reveals 96 different risk rates