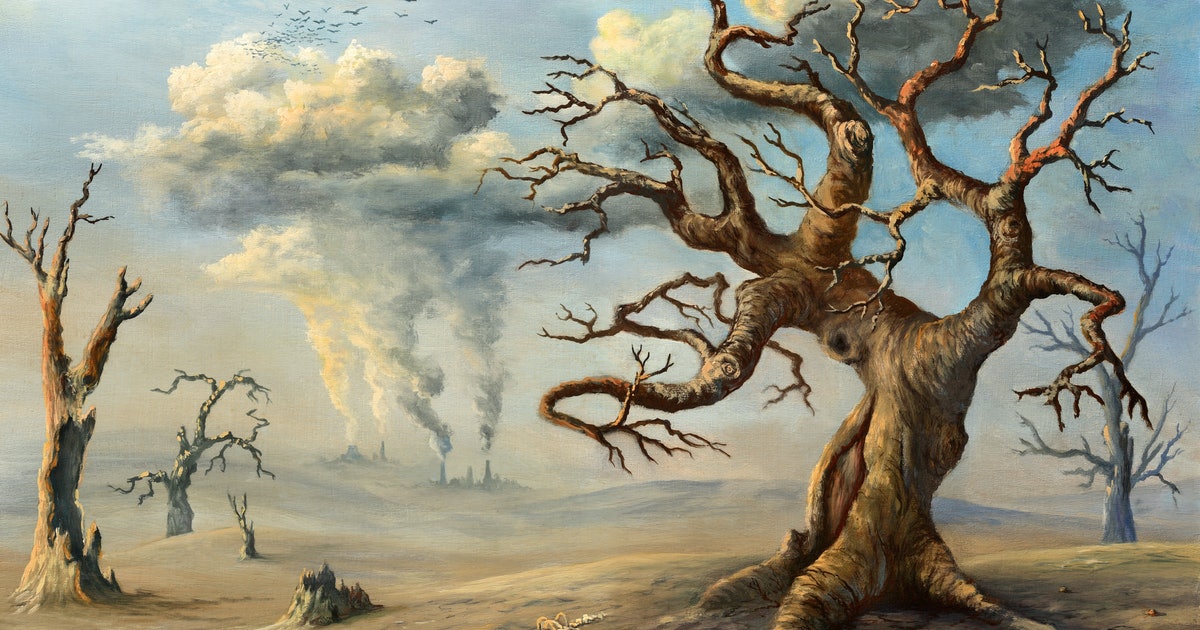 When you take age out of the equation, temperature-related deaths are on the decline in England and Wales. That’s according to the latest figures from the Office for National Statistics (ONS). But more people are going to the hospital, compared with 20 years ago.

It turns out, that’s not the only surprise in this new report. Here’s how else climate change is affecting health in Britain.

4. Deaths during heatwaves are increasing

By reporting the number of climate-related deaths per 100,000 people for each age cohort, the study effectively hid the influence of age, making factors like temperature easier to compare over time.

Looking at the excess mortality rate instead tells us how deaths linked to a certain cause — such as heart disease or road traffic accidents — have increased compared with the average death rate over the last five years. Using this measure reveals that excess deaths of all causes have increased in Britain during heatwaves since 2001, especially among people over 65.

Despite this, the weighted death rate is lower today than two decades ago, perhaps because of better living conditions and an increase in life expectancy more generally.

3. Respiratory deaths up on hot and cold days

Deaths from respiratory diseases have increased on cold days as well as warm ones since 2001 according to the ONS report.

One reason for this may be that these weather conditions are often associated with higher levels of air pollution. The wood-burning stoves some homes use during colder weather are now a bigger source of fine particulate pollution (38 percent) than road traffic in the UK.

Settled periods in the atmosphere often give rise to clear skies and lots of sunshine which can cause heatwaves. The air pressure systems causing this also allow pollution to accumulate overhead as the air remains trapped — exacerbating respiratory illnesses.

2. Drowning is a leading cause of death on hot days

More people died from drowning on hot days than of heatstroke annually between 2001 and 2020. There were around 22 extra drowning deaths during hot weather in summer 2020 compared with 2001 in England and Wales.

And despite a fall in the overall number of people dying annually from drowning since 2001, there has been an uptick since 2019.

Many of these cases may involve people who bathed in rivers or the sea to escape the heat. Jumping into cold water when your body is hot can cause it to go into shock, and drowning is a leading cause of accidental death in the U.K.. More people died as a result of recreational swimming in the last 20 years than flooding.

The increasing popularity of wild swimming may be responsible, and should prompt better information on rivers and beaches to alert people to the risks.

The number of hospital patients admitted during cold weather has fallen over the last 20 years as winters in the U.K. have become milder. This is despite the winter months being known as the busiest for hospitals.

In comparison, the number of people admitted with a condition related to high temperatures, such as heatstroke in warm weather has increased by 12,086 a year on average for the past decade.

There were 2,325 more patients admitted for mental health treatment in the warmest four months of the year (June, July, August, and September) in 2018 compared with when the records began in 2010 in England as well.

Heatwaves tend to make mental illness worse, as our bodies produce more of the stress hormone cortisol in extreme heat. But this finding alone is not enough to indicate a trend of increasing hospitalizations for mental health treatment since 2010.

Dehydration was a leading cause of hospital admissions up to 2018 and around 800 more people were admitted to hospital due to dehydration on average in England in 2018 compared with a decade earlier in 2010. However, the report does not indicate an increasing trend since 2010.

Climate change will become a bigger influence on human health in all regions of the world in the future. This report suggests that the health consequences of Britain’s climate warming have been relatively mild so far. But that is not a cause for complacency.

This article was originally published on The Conversation by Chloe Brimicombe at the University of Reading. Read the original article here.

When you take age out of the equation, temperature-related deaths are on the decline in England and Wales. That’s according to the latest figures from the Office for National Statistics (ONS). But more people are going to the hospital, compared with 20 years ago. It turns out, that’s not the only surprise in this new…

When you take age out of the equation, temperature-related deaths are on the decline in England and Wales. That’s according to the latest figures from the Office for National Statistics (ONS). But more people are going to the hospital, compared with 20 years ago. It turns out, that’s not the only surprise in this new…

How a major aging breakthrough could dramatically extend human longevity