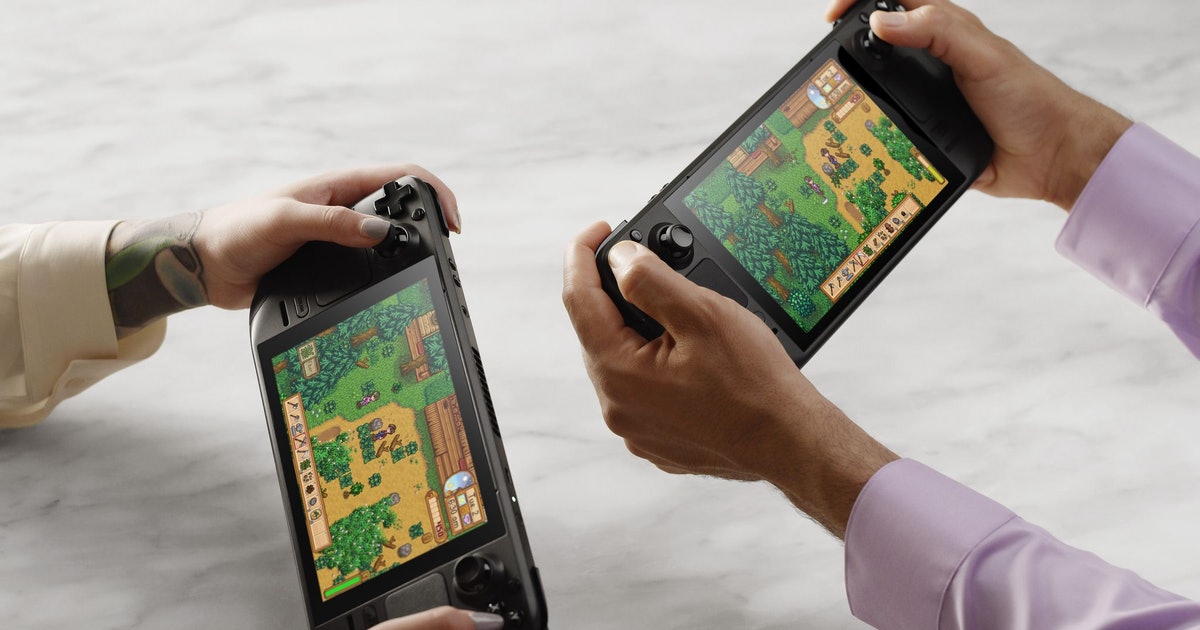 When is the Steam Deck release date?

The Steam Deck will launch on February 25, 2022, for those who have pre-ordered the device early. It was originally going to launch in December 2021, but Valve confirmed the delay just a month before launch in a blog post:

The launch of Steam Deck will be delayed by two months. We’re sorry about this—we did our best to work around the global supply chain issues, but due to material shortages, components aren’t reaching our manufacturing facilities in time for us to meet our initial launch dates. Based on our updated build estimates, Steam Deck will start shipping to customers February 2022. This will be the new start date of the reservation queue—all reservation holders keep their place in line but dates will shift back accordingly.

As Valve mentions, only the earliest adopters of the portable PC will get their system in February 2022. Though, there’s a second wave gearing up to launch sometime in Q2 2022. Due to issues with Steam’s website the day pre-orders went live, many weren’t able to secure a system until a later wave. It’s unknown what the specific launch day is for the Q2 wave.

Is there a Steam Deck trailer?

Yes! There are a number of videos out there resembling a trailer for the new device, the most valuable one comes from the official Steamworks Development YouTube channel:

The 7-minute “Quick Tips” video isn’t really a trailer per see, but it overviews the devices many features and shows off the design. IGN also has a hands-on preview, Q&A, and interview with Valve President Gabe Newell about it.

What do I need to know about Steam Deck pre-orders?

You’re able to pre-order one Steam Deck per Valve account. All pre-orders require that you pony up a $5 reservation fee to secure your spot on a digital queue to pre-order. The fee will be docked from the overall price of your Steam Deck.

If you decide to cancel your Steam Deck reservation before your turn arrives or if you miss your turn, the fee will be refunded to your steam account within 30 days.

Keep in mind, each customer is limited to one Steam Deck per account to prevent scalpers from easily scooping up stock. Currently, customers can reserve a system, but will be notified when stock is available once again. If you pre-order now, it appears like you won’t get your machine until after Q2 2022.

If you currently have one version of the Steam Deck pre-ordered, you’ll need to cancel it if you want to swap for a different edition. Doing so will impact your ship date, so keep that in mind.

The device is currently only available to reserve across the United States, Canada, European Union, and the United Kingdom, though it will come to more regions later on.

What are the Steam Deck specs?

There will be three versions of the Steam Deck available. Each one will feature slightly different specs.

These are the basic Steam Deck specs:

What is the Steam Deck price?

The price of the Steam deck will depend on the version that you purchase. The price starts at $399. Here are all your options and what comes with each:

Each Steam deck will also come with a power adapter.

Is there a Steam Deck dock?

Perhaps the most appealing Steam Deck Feature is the dock that allows you to connect the console to your TV, just like the Nintendo Switch. This will not come packaged with the Steam Deck. According to an IGN interview, this will be available as a separate purchase.

“Any USB-C dock that you can buy off the shelf will work with this and it’ll do USB, ethernet, and HDMI,” says Valve Designer Lawrence Yang.

If you do wait, the official Steam Deck dock will be well worth it. One USB-A 3.1 port, two USB-A 2.0 ports, HDMI 2.0 port, ethernet connection, and a DisplayPort 1.4. It’s currently unknown when the dock will launch, but Valve says “more information [is] coming soon.”

What are the Steam Deck games?

You can run almost anything on it that you would be able to play on your PC via Steam, though you might run into some issues with certain unoptimized titles. Valve is trying to verify that as many Steam titles as possible work on the system. Games will ultimately be marked as verified, playable, unsupported, and unknown on the Steam Deck storefront.

For instance, the VR game Half-Life: Alyx is unsupported since it’s only playable in virtual reality. Other titles like Team Fortress 2 are playable, but may require “some manual tweaking” in order to enjoy properly. Since the system is still so new, there are many unanswered questions about compatible games, but at the very least, most Steam titles will be playable on Steam Deck.