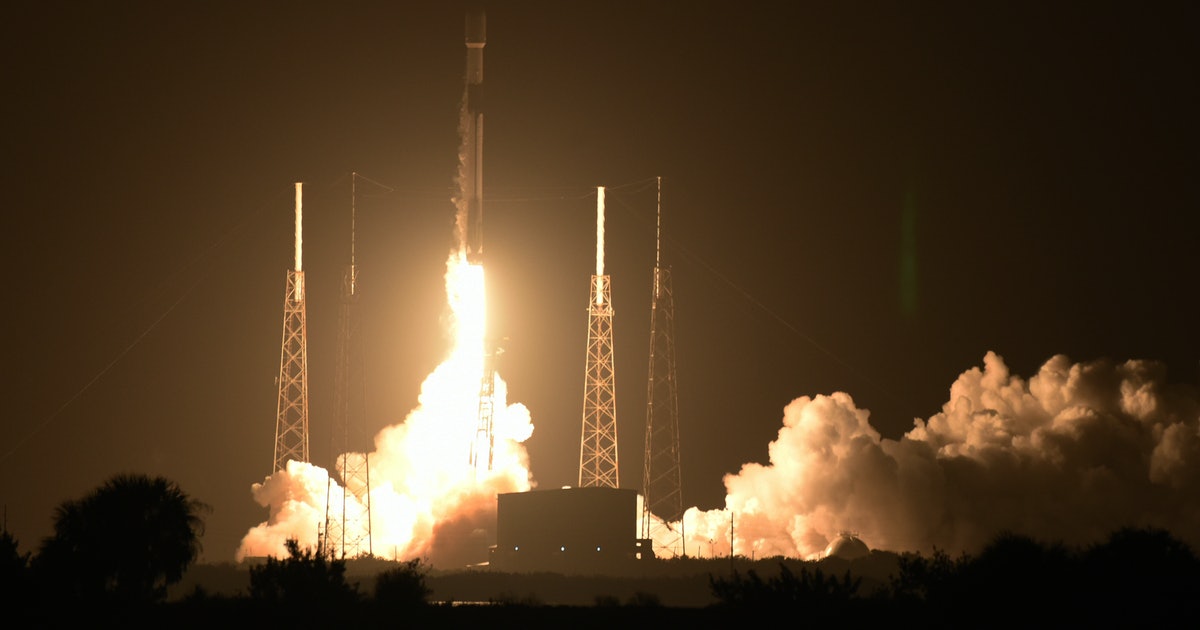 Here’s how to watch it before it blows

A SpaceX Falcon 9 rocket component is going to hit the Moon — and one observatory will livestream it during its journey.

This week, it emerged that the second stage of a Falcon 9 rocket launched in 2015 is about to hit the Moon. On Thursday, the Virtual Telescope project announced that it will offer fans the chance to see the second stage for one final time, as it will be visible from the Earth around one month before it hits the Moon.

The livestreaming session for the event will be held on February 7 and 8, ahead of the impact on March 4.

Want to find out more about SpaceX’s plans for the future? Subscribe to MUSK READS+ for exclusive interviews and analysis about spaceflight, electric cars, and more.

Here’s what you need to know, including details on how to watch the livestream.

SpaceX Falcon 9: What’s about to hit the Moon?

SpaceX launched NASA’s Deep Space Climate Observatory, or DSCOVR mission, back in February 2015. While many of SpaceX’s missions target destinations in low-Earth orbit, this one was unique because it targeted a neutral point of gravity between the Earth and Sun.

The observatory enables NASA to detect solar winds as they’re leaving the Sun. It can detect them around one hour before they reach Earth, so it can warn scientists before they arrive.

Bill Gray, the creator of the Guide astronomical software that cataloged the data, first reported the upcoming collision. This was subsequently reported by Ars Technica.

SpaceX Falcon 9: How badly will the Moon get damaged?

Not very. Although this is the first time a human-made object has accidentally hit the Moon, it’s moving at a similar speed to other projects that hit the Moon on purpose.

In fact, hitting the Moon could reveal more about its composition. That’s why NASA struck the Moon twice in 2009, as part of a mission that helped reveal the presence of water in a crater. Craters themselves are the remnants of various projectiles hitting the Moon’s surface.

SpaceX’s second stage measures around four metric tons, and it’s expected to hit the surface at around 5,770 miles per hour. By comparison, NASA’s LCROSS upper stage hit the Moon at 5,600 mph in 2009.

SpaceX Falcon 9: What will I see in the livestream?

The livestream is expected to show the second stage moving across the stars. It will be particularly bright on February 8.

The footage will not show the rocket stage hitting the Moon. Unfortunately, the two observation satellites currently circling the Moon are also expected to miss the event.

SpaceX Falcon 9: How to watch livestream

Watching along is simple. You can visit the Virtual Telescope’s YouTube stream when it starts, or watch the event below: