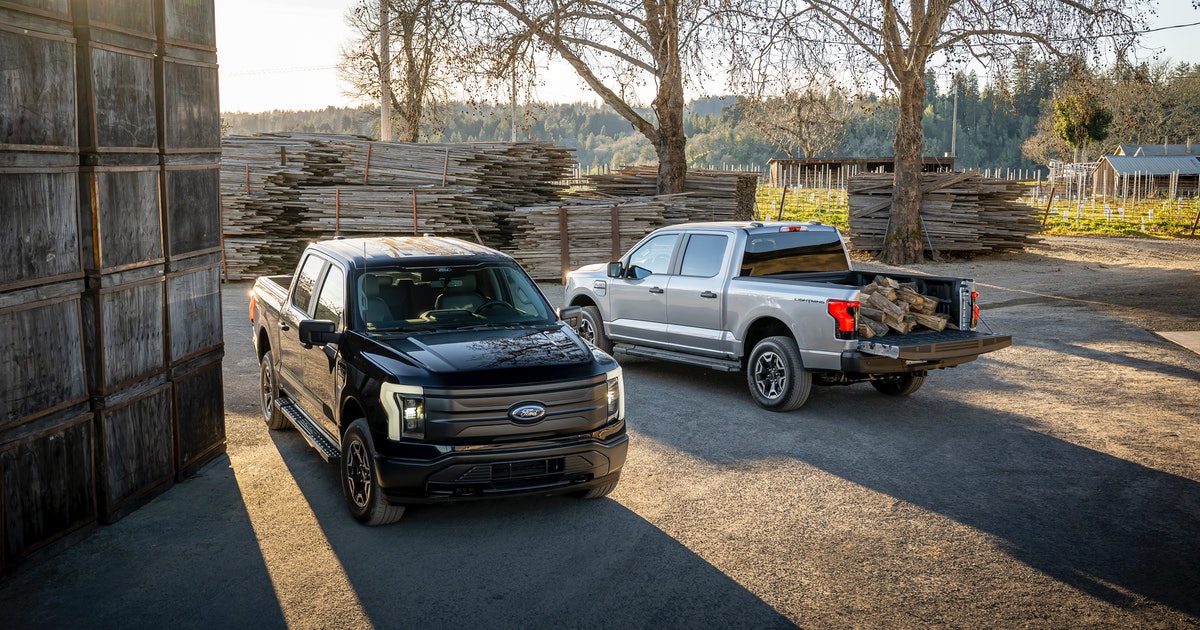 Lost in the excitement of Ford’s announcement of the F-150 Lightning electric pickup last year was the F-150 Lightning Pro. It’s the work truck version aimed at commercial and fleet buyers, and it might be even more important than the regular Lightning consumers are lining up for.

For every Lightning buyer clamoring to get their truck, there are many more EV skeptics who either aren’t familiar with or aren’t interested in an electric vehicle. But EVs have reached a bit of a tipping point, and companies are going to begin adopting them in increasing numbers both for sustainability and financial reasons.

If companies start requiring employees to drive EVs, I suspect those employees will begin to understand what enthusiasts have been so excited about for the past decade or so. In other words, if your job gives you a Lightning Pro as a work truck, it’s likely you’ll be more willing to try an electric vehicle for your personal use once you discover the ins and outs of charging and batteries.

Between the low entry price and exciting work-focused features like the Mega Power Frunk, on-board power, and the fact that it’s basically a standard F-150 with an electric powertrain (more on that in a minute), future-focused businesses are going to be very excited to get their hands on the new Lightning Pro.

And it’s coming sooner than you think! Here’s everything you need to know about the Ford F-150 Lightning Pro, from likely release date, price, and specs to range and charging time.

When will the Ford F-150 Lightning Pro go into production?

Production of the Ford F-150 Lightning Pro is expected to begin production in Spring 2022, with deliveries beginning soon after.

The F-150 Lightning Pro starts at $41,669 including Destination, the lowest price of any Ford F-150 Lightning. That truck is equipped with the standard range battery and a four-door SuperCrew cab. An extended range Lightning Pro is an additional $10,000, starting at $51,669. Adding other option packages will increase the price, like the $1,948 Tow Technology Package or the $865 Max Trailer Tow Package.

All Ford EVs remain eligible for a $7,500 tax credit, though at some point that credit will begin to phase out as Ford ships more electric vehicles. State tax credits may also be available depending on your state.

These ranges are with 1,000 pounds of payload (driver plus any passengers and cargo), which Ford says represents typical F-150 use. Adding payload or towing will decrease the range, but the actual range depends on many factors including weather, driving habits, traffic, and the aerodynamic profile of any trailers.

“More than 145 million miles of telematics data show that for the average F-150 commercial customer in the U.S., 95% of their daily travel is less than 174 miles,” said Ted Cannis, CEO of Ford Pro, in a press release.

What is the Ford F-150 Lightning Pro charging time?

At a 150kW DC fast charging station, Ford says the Lightning Pro standard range will charge from 15 to 80 percent in 44 minutes, while the larger extended range battery will only take 41 minutes thanks to faster charging capabilities.

Ford offers a number of charging options to customers, including a 32-amp Ford Mobile Charger that’s included with every truck, as well as an optional 240-volt, 48-amp Ford Connected Charge Station and the 240-volt, 80-amp Ford Charge Station Pro that also allows for bi-directional charging and is required to use the F-150 Lightning Pro as a backup power source.

The standard range F-150 Lightning Pro is targeted to have 426 horsepower and 775 lb-ft of torque. The extended range bumps the truck to 563 horsepower, while torque remains the same at 775 lb-ft.

What is the Ford F-150 Lightning Pro’s towing and payload?

As always with pickup trucks, these numbers can vary based on a number of factors. The base truck is targeted for a 2,000-pound maximum payload and 5,000 pounds towing. This can be increased to 7,700 pounds with the Max Trailer Tow package.

Being a safety-focused work truck, Ford doesn’t talk about the top speed of the Pro. Instead, a Ford press release notes that “acceleration and speed limiters come standard” to help improve range and driver safety.

It is not, but it does include a number of standard safety features as part of Ford’s Co-Pilot 360 2.0 system including:

What fleet, telematics, and connectivity features are available on the Ford F-150 Lightning Pro?

Other features include scheduled vehicle preconditioning so vehicle interiors and batteries can be set to the appropriate temperature while the truck is still connected to shore power, improving overall range; central billing for charging at public stations, and automated billing and invoicing to reimburse employees who have take-home vehicles charged at their homes.

All F-150 Lightning models include standard 4G LTE modems and data connectivity, and other telematics features give fleet managers live tracking of vehicles with geofencing notifications, maintenance alerts, and service reminders, and driver behavior notifications including for severe acceleration and braking events, as well as speeding and crash notifications.

How can I pre-order the Ford F-150 Lightning Pro?

The standard range Ford F-150 Lightning Pro can be configured and reserved on Ford.com, but the extended range Lightning Pro is only available to eligible Ford fleet customers. More information on Ford’s fleet program is available on the Ford Pro website.

Lost in the excitement of Ford’s announcement of the F-150 Lightning electric pickup last year was the F-150 Lightning Pro. It’s the work truck version aimed at commercial and fleet buyers, and it might be even more important than the regular Lightning consumers are lining up for. For every Lightning buyer clamoring to get their…

Lost in the excitement of Ford’s announcement of the F-150 Lightning electric pickup last year was the F-150 Lightning Pro. It’s the work truck version aimed at commercial and fleet buyers, and it might be even more important than the regular Lightning consumers are lining up for. For every Lightning buyer clamoring to get their…

How the European Space Agency is assembling its next big rocket