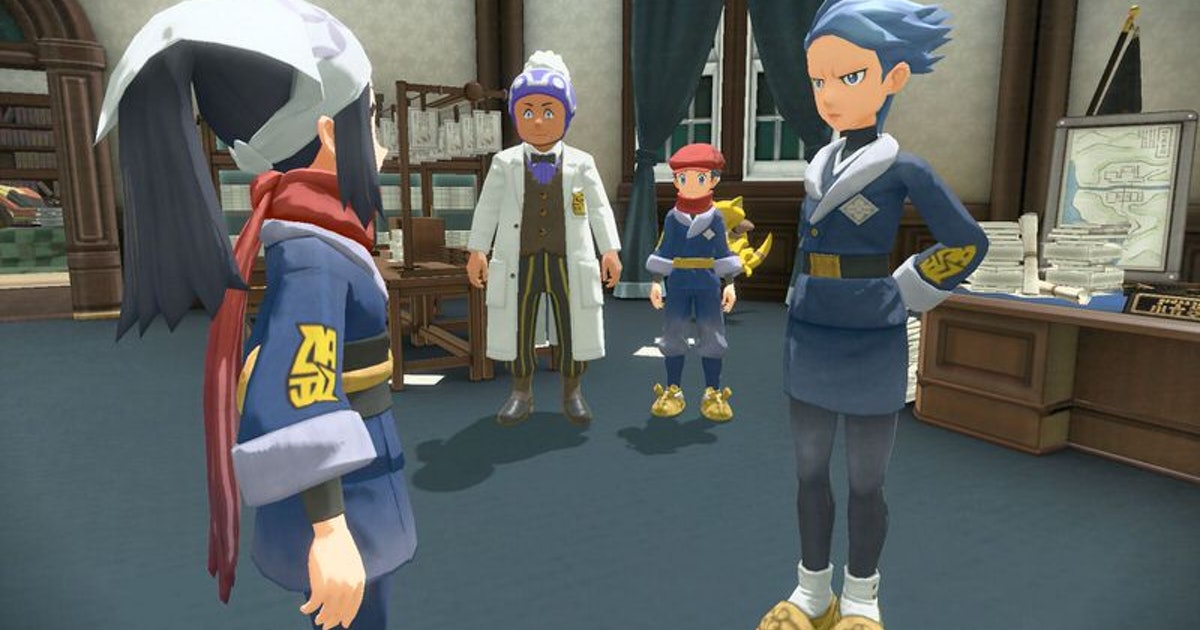 7 crucial things the game does tell you

Pokémon Arceus: Legends is an ambitious departure for the franchise that adds aspects of other modern RPGs to the world of Pokémon: crafting, an open world, and side quests. There are a lot of major changes to the core formula, and all the old mechanics that stick around get a massive reworking as well. While the game unveils its different systems at a great pace, there are a couple of elements that take a minute to stick, and some things just aren’t explicitly made clear that definitely should have been. Here are the tips I wish I was given before starting the game.

7. Always attempt a catch with stealth

Very early on in the game, you learn that you can crouch, hide in tall grass, and hit a Pokémon from behind with a Poké Ball to improve your chances of catching them. What the game doesn’t explain is just how effective this maneuver is.

I was shocked how often this move worked on high-level Pokémon with what I felt was an inadequate Poké Ball. Catching ‘mons, and specifically capturing numerous of the same type, is a huge part of filling out the Pokédex, so you’re going to want to do it all with minimal effort AKA not getting into unnecessary Pokémon battles.

I recommend always attempting a stealth catch before resorting to combat in an attempt to whittle their HP down. Poké Balls are the easiest and most abundant items to craft, so if you waste one trying to catch, I promise it’ll be worth it compared to the time spent battling in a cautious attempt to conserve Poké Balls.

6. Cash in your research

Progression in Legends: Arceus is a more intertwined, streamlined experience over previous franchise entries. Catching, battling, leveling up, evolving — it all works toward expanding the Hisuian Pokédex.

After doing a bunch of all that stuff in the game, you’ll want to talk with Professor Laventon at one of the area’s base camps, who will reward you with both money and points, the latter of which helps you climb the ranks within the Survey Corps. You then take your research to the Corps’ captain Cyllene, who ratifies it, and gives you your new rank.

The very important thing to remember, that the game doesn’t explicitly state, is that if you accumulate enough points to gain a new rank, you must speak with Cyllene to cash them in if you want future points to count toward the subsequent rank. If you hit the point allotment when you speak with Professor Laventon to gain a new rank, and you continue to adventure without first talking with Cyllene, any points you accumulate going forward are completely wasted.

This happened to me, with enough points to get me over halfway to the next rank, and poof — they went up in smoke when I talked to the Professor. Fortunately, getting to and from the base camps to the Galaxy Team headquarters where the Survey Corps is based is fairly easy. You just have to remember to do it.

5. Pick up other players’ satchels

When you KO in the game, you lose some of your items, and those items can be found in a satchel by another player in their own game that they can return to you. You’re going to want to do the same for other players, because doing so gives you merit points, and those are one of the few ways to acquire rare items like stones for evolution from a merchant in the hub town, Jubilife Village.

Fortunately, other players’ satchels are often near or on the way to main missions in each of the different locations in the game, but even if one is out of the way, it’s worth the trek. It also gets easier to pick them up as the game progresses and you unlock new methods of traversal.

Speaking of satchels, yours is going to run out of space very quickly in the game as you acquire new resources and craft more items. There’s a Survey Corps member on the inside of the Galaxy Team headquarters that will increase your satchel’s space by one slot at a time, with each slot becoming more and more costly.

Eventually, the monetary asks for upgrading become preposterous, but it’s ultimately worth it, as you will find yourself frequently running out of space if you haven’t. It’s my least favorite quality of the game, outside of the visuals, and it’s a balance that Game Freak will hopefully improve upon in future entries, but for now, you have to pay a hefty toll to make Legends: Arceus’ most annoying feature bearable.

3. Check your surroundings in battles

While you can catch a bunch of Pokémon by simply throwing a Poké Ball at them, sometimes, you’re gonna piss them off, at which point they will attempt to attack you directly, and if you want to catch them, you now have to battle them.

Things can escalate very quickly. If you come across a small hive of similarly aggressive Pokémon, you might alert one by attempting to dodge the attacks of another, causing a chain reaction. It’s likely in this scenario, if you toss out one of your own partner Pokémon, that you’ll initiate a battle against multiple enemies.

Since battles aren’t siloed events and instead take place in the overworld itself, enemy Pokémon might actually be off-screen and still be part of the fight. You can move both the character and the camera in battle, so you can get a lay of the land to see which opponents are attacking from where.

Something the game doesn’t explicitly state is that enemy Pokémon participating in a battle are depicted with an icon in the top right-hand corner of the screen, and you can cycle between targeting them by pressing the left trigger, a mechanic I personally only discovered until halfway through playing the game.

In a revision of one of Pokémon’s core elements, the Pokédex becomes far more integral to actual progression. As stated above, expanding your dex provides new ranks, that net better rewards for future entries. In addition, numerous side quests involve Jubilife residents wishing to see a completed entry for a specific Pokémon.

As such, you would think that a tense focus on building out the Pokédex is required while playing, but the genius of the mechanic is that you can actually put it out of your mind. Each Pokémon only requires ten levels in its dex entry for it to be considered complete, which is a small percentage of the total marks each entry can obtain.

Catching Pokémon, defeating them in battle, seeing them use a specific move, or catching a different form, are all examples of ways to level up. Certain tasks in each individual Pokémon’s dex entry will have a red box with two arrows next to it, and those tasks give you double points for each level obtained. With minimal effort, you can complete a dex entry, while still leaving plenty of things to do to gain additional funds and climb the ranks of the Survey Corps.

Pokémon Legends: Arceus includes crafting, a first for the series. Game Freak keeps it simple by only requiring two or three ingredients per recipe. Some resources can be picked up by your character in the open world. Others, like Tumblestones, which are used to craft Poké Balls, require you to throw a Pokémon at them to harvest.

Don’t pick up any item by yourself. Always use a Pokémon, particularly one that you want to level up, as harvesting resources gives that Pokémon a tiny XP boost. While it’s not much on its own, since you will be harvesting a ton of resources while playing, over time it can amount to a lot, and it’s not something you’d even notice happening if it weren’t for a very small icon on the left-hand side of the screen that pops up, signifying the XP increase.

Another side tip for harvesting: later in the game, you’ll come across chests and crates. While most other resources clearly stand out as things you can pick up, chests and crates blend in pretty well with the world, and at first, I was under the impression they were just decorations. It wasn’t until I accidentally threw a Pokémon at one that I realized you can harvest them, and better yet, they’re often filled with full-fledged items rather than just the resources needed to craft them.

There are a bunch of other things to see and do in Pokémon Legends: Arceus, but these are the top-level tips that the game just doesn’t explain that well, if at all, and can maximize your time in the game from the jump.

Pokémon Arceus: Legends is an ambitious departure for the franchise that adds aspects of other modern RPGs to the world of Pokémon: crafting, an open world, and side quests. There are a lot of major changes to the core formula, and all the old mechanics that stick around get a massive reworking as well. While…

Pokémon Arceus: Legends is an ambitious departure for the franchise that adds aspects of other modern RPGs to the world of Pokémon: crafting, an open world, and side quests. There are a lot of major changes to the core formula, and all the old mechanics that stick around get a massive reworking as well. While…

We ranked Rowlet, Oshawott, and Cyndaquil