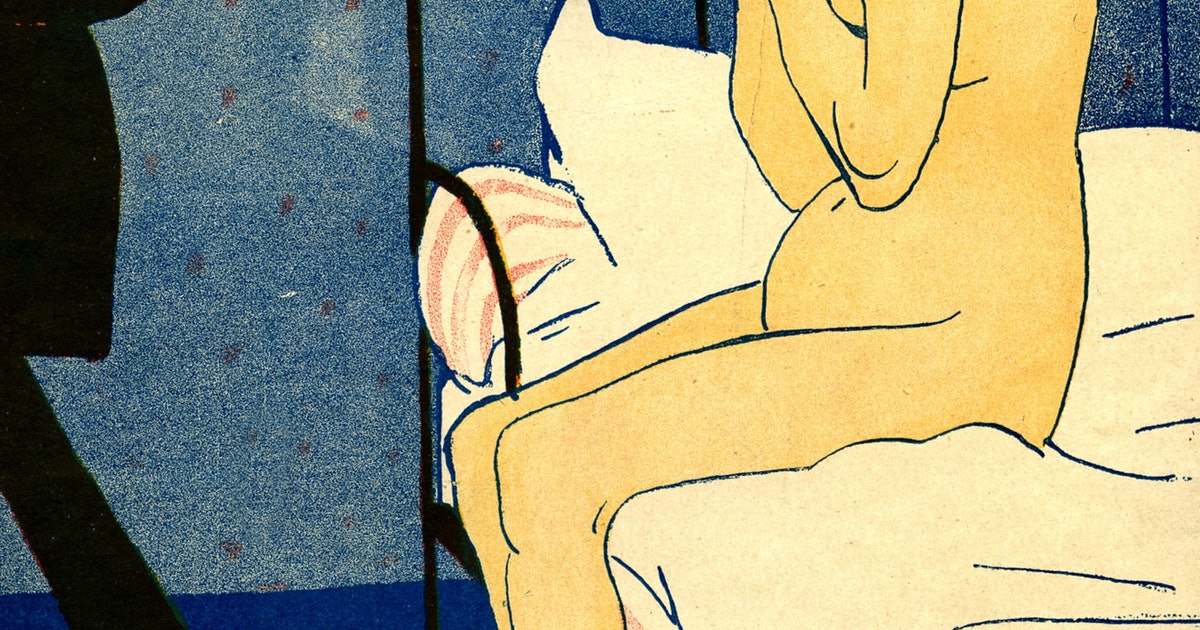 If doctors don’t take women’s health seriously, who will?

For women, a trip to the doctor can be a distinctly disappointing experience. Women make up 76 percent of the people in healthcare positions, but many women patients report doctors often dismiss or even sneer at their concerns as “women’s issues,” or “all in the head,” which can make problems snowball if left untreated.

I’ve experienced this myself: Both as a young girl attempting to advocate for myself at my first solo appointments and as an adult. To see the historical toll the disparities in healthcare can take on women, you need to read Inverse’s latest deep dive into an overlooked condition called hyperemesis gravidarum. I’m newsletter writer Ashley Bardhan — tell me by hitting ‘reply’ to this email, what are your tips for being your own advocate?

This is an adapted version of the Inverse Daily newsletter for Thursday, January 27, 2022. Subscribe for free and earn rewards for reading every day in your inbox. ✉️

“Amy vomited up to 20 times a day,” writes Inverse contributor Casey Kleczek. “She started carrying a puke bucket whenever she left her bedroom.”

Amy’s husband, Tom, remembers thinking his newly pregnant wife was experiencing a typical bout of morning sickness. But Amy, and many people who have experienced the same symptoms as her, knew it was something more serious.

Amy was experiencing the debilitating effects of hyperemesis gravidarum, a disorder historically “dismissed by medical practitioners as psychosomatic rather than a genuine physiological problem,” writes Kleczek.

Try as some doctors may, the consequences of hyperemesis gravidarum aren’t so easy to brush off.

If you get bit by the ruddy king baboon spider, you will hurt. A lot.

“While not lethal in humans, its bite leaves a sharp, burning ache,” writes Tara Yarlagadda. The antagonistic spider prefers to burrow underground alone than hang out with humans, Yarlagadda explains, but its defensive bite might unintentionally help us out.

According to new research, the spider’s burning bite “seems to induce hyperexcitability in nerve cells called nociceptors, which, in turn, causes the extreme pain people can experience when they are bitten by the spider,” writes Yarlagadda.

I know that doesn’t sound immediately positive, but stay with me.

“Scientists have observed similar activity in the neurons (a kind of brain cell) of people with chronic pain who have nerve damage,” writes Yarlagadda. “By understanding how hyperexcitability works, doctors may be able to better treat this type of chronic pain.”

It hurts so good: This animal can kill 10 grown men, but its body adapted to save itself

Unfortunately, it wasn’t because of a Martian Sirius XM (Antares XM?). The signal came in the form of “71 distinct pulses that spanned from January to March 2018,” reports Passant Rabie, which were “low-frequency, bright, and lasting for 30 to 60 seconds each time.” They seemed to be streaming from somewhere close to home, within the Milky Way.

After years of scientific head-scratching, a new study offers a solution for the space radio: a magnetar star, or “a slowly spinning neutron star that would turn on and off,” writes Rabie. This one is 4,000 light-years away, and particularly unique. It released “a giant burst of energy three times an hour. The magnetar’s beam of radiation was one of the brightest radio sources in the sky, lasting for about a minute each time,” writes Rabie.

“Nobody expected to directly detect one like this because we didn’t expect them to be so bright,” astrophysicist Natasha Hurley-Walker says in a press statement. “Somehow it’s converting magnetic energy to radio waves much more effectively than anything we’ve seen before.’”

If you’re like me, sleep is like an unstretched muscle. I’m awful at falling asleep, and remaining asleep requires another level of mastery. But I do hope to one day catch up to my elusive eight hours, and luckily, Inverse’s new series, The Story of You, offers assistance in determining if my fight for sleep is really worth it.

Unfortunately for me, it is.

“Many of us have a fraught relationship with sleep; some of us struggle to fall asleep, others have trouble staying awake,” writes Inverse health science reporter Katie MacBride. “But one thing that’s true for all humans is our need to get the right amount of sleep to function — and especially to function well.”

But you might be surprised to find out that “the amount of sleep you needed 10 years ago might not be the same amount you need now,” writes MacBride. Though, it’s possible you have witnessed this in someone else firsthand. “If you’ve ever spent time around a newborn baby, you know sleeping (and eating) is pretty much their whole deal.” Read on to find out how you can “make sleep a priority,” and discover once and for all if the fabled eight hours of sleep is enough to cut it.

Wake up!: Here’s how many hours to sleep to boost good snack habits

For women, a trip to the doctor can be a distinctly disappointing experience. Women make up 76 percent of the people in healthcare positions, but many women patients report doctors often dismiss or even sneer at their concerns as “women’s issues,” or “all in the head,” which can make problems snowball if left untreated. I’ve…

For women, a trip to the doctor can be a distinctly disappointing experience. Women make up 76 percent of the people in healthcare positions, but many women patients report doctors often dismiss or even sneer at their concerns as “women’s issues,” or “all in the head,” which can make problems snowball if left untreated. I’ve…