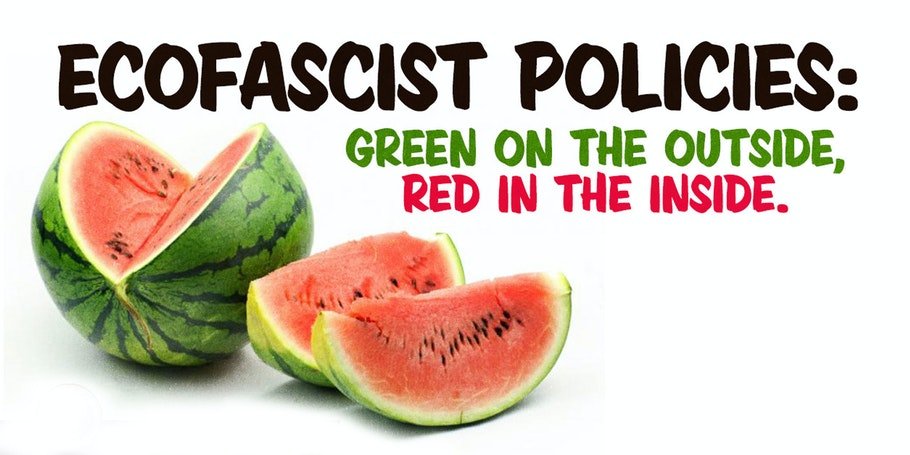 Get Ready for ‘Environmental Justice’

A year after a big executive order, Team Biden tells us what ecofascist items are coming down the pike.

Conservative and conservation share the same root word, conserve, which Merriam-Webster defines as “to keep in a safe or sound state — especially : to avoid wasteful or destructive use of.” That’s a pretty good definition of what conservatives and conservationists do.

We preserve the Constitution and aim to avoid wasteful or destructive use of government. We steward the environment through wise use of resources.

Modern environmentalism, by contrast, is more often what we usually term “ecofascism.” It is wielding the destructive force of government or commandeering the private sector to achieve leftist climate objectives. The environment is just the pretext for the fascists.

First of all, don’t ever let anyone tell you that because conservatives oppose the Green New Deal and other ecofascist initiatives, we’re for dirty water or polluted skies. That’s utter rubbish, and politicians like Nancy Pelosi who routinely say or imply those things are lying for their own gain. Conservatives wish to conserve the environment in responsible, free-market ways.

Second, anytime you modify the word “justice” with another word, you usually don’t end up with justice. Think “social justice,” which is really just old-fashioned racism repackaged. Now, the Biden administration is treating us to “environmental justice” via one of last January’s slew of executive orders. Specifically the one titled “Tackling the Climate Crisis at Home and Abroad.”

The Biden White House just yesterday released a lengthy “fact sheet” on how this is playing out throughout the entire federal government. Biden is, the sheet says, “laying the foundation for the most ambitious environmental justice agenda ever undertaken by an Administration and putting environmental justice and climate action at the center of the federal government’s work.” He has directed “all federal agencies” to make this the focus of action, because some communities are “marginalized, underserved, and overburdened by pollution.”

One thing is indeed demonstrably true all over the world: Poor people more often live in the worst environments. Clean air and water are all-too-precious commodities, while trash and human waste litter the streets in third-world nations like Ethiopia, Somalia, and California. (Just kidding about that last one — California’s not a nation.)

Conversely, the wealthier an area is, the better the environment. How does an area get wealthier? Not with government handouts or regulations, that’s for sure. Free-market capitalism is responsible for more progress on cleaning up the planet than any other force in human history. Putting the weight of the federal government in that effort isn’t only bad, but it heavily bends the curve.

That’s why Biden’s “all federal agencies” directive is going to hurt the economy while not doing much to help the environment. Not only has Biden tasked the Environmental Protection Agency, the Department of Energy, and the Justice Department with this ecofascist agenda, he has created “the First-Ever White House Environmental Justice Advisory Council,” as well as things like an “Equity Commission” at the Department of Agriculture. Repeat this sort of left-wing nonsense across “all federal agencies.”

Again, this is leftist-run unmitigated government growth using the environment as a pretext.

What will this include? The Washington Post reports on one example: “The Biden administration says it will aggressively enforce air quality rules in Louisiana, Texas, Mississippi and other problem areas in the South.” Read: Republican states. That’s right; this has less to do with whether the environment is worse in Mississippi than in California than it does with targeting the right political opponents and bolstering the right constituencies.

To that last point about constituencies, Biden’s “fact sheet” says, “As part of the President’s historic commitment to environmental justice, he created the Justice40 Initiative to ensure that federal agencies deliver 40 percent of the overall benefits of climate, clean energy, affordable and sustainable housing, clean water, and other investments to underserved communities.” Translation: The federal government will count by race when divvying out taxpayer money for left-wing environmental boondoggles.

Do we want a clean planet and nation? Absolutely. Do we want fairness and equality and an end to discrimination? Definitely. Do we want this kind of fundamental transformation of what is supposed to be a constitutionally limited government to achieve the ends of green-on-the-outside-red-on-the-inside ecofascists? Heck no, because that is the worst way to achieve good ends.

By NATE JACKSON January 27, 2022 in Regulatory Commissars A year after a big executive order, Team Biden tells us what ecofascist items are coming down the pike. Conservative and conservation share the same root word, conserve, which Merriam-Webster defines as “to keep in a safe or sound state — especially : to avoid wasteful…

By NATE JACKSON January 27, 2022 in Regulatory Commissars A year after a big executive order, Team Biden tells us what ecofascist items are coming down the pike. Conservative and conservation share the same root word, conserve, which Merriam-Webster defines as “to keep in a safe or sound state — especially : to avoid wasteful…

Major Cracks Opening in “The Science” COVID Narrative and Lies…