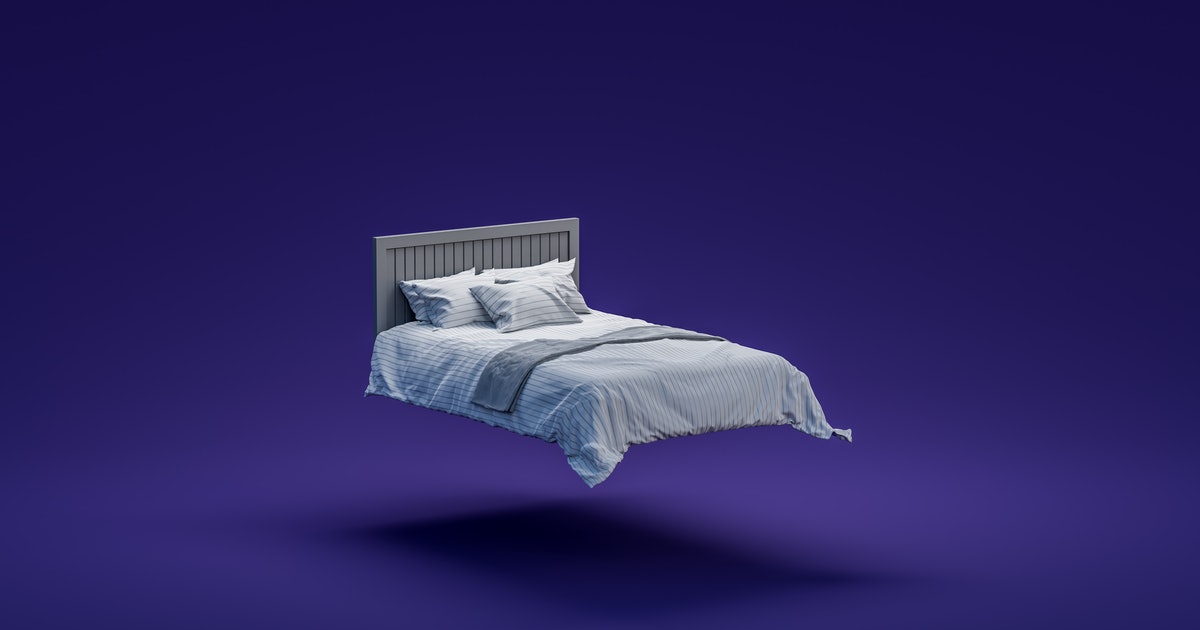 How much sleep do you really need? The answer may be more than you think

Sleep and water are two things humans need to stay alive and thrive. And just like drinking eight glasses of water a day, we’re often told human adults should get an average of eight hours of sleep every night. But humans are complex and neither the amount of water nor sleep one needs is one size fits all. But just because we all have different sleep needs doesn’t mean you automatically get the right amount. So how do you know if you’re getting the right amount of sleep for your needs?

INVERSE presents an all-new series, THE STORY OF YOU, in which we explore one of humanity’s most enduring questions: How do you make the most of your days?

Many of us have a fraught relationship with sleep; some of us struggle to fall asleep, others have trouble staying awake. But one thing that’s true for all humans is our need to get the right amount of sleep to function — and especially to function well.

Here are a few things you should know about sleep to ensure you’re getting the rest you need.

How much sleep do I need every night?

The first thing to know is that the amount of sleep you needed 10 years ago might not be the same amount you need now. If you’ve ever spent time around a newborn baby, you know sleeping (and eating) is pretty much their whole deal. That’s because, according to the National Sleep Foundation, they need 14 to 17 hours of sleep per 24 hours.

The under 18 set needs more sleep than adults, but even among the youths, that varies. The Centers for Disease Control note some general sleep guidelines for different age groups:

Despite what presidents will tell you, they really do need between seven and nine hours to function optimally.

For the vast majority of humans, getting less than six hours of sleep every night will result in diminished cognitive abilities within just a few days. If this sleep deprivation persists over a long period of time, it can contribute to depression, heart disease, obesity, and diabetes.

Can I make up for lost sleep with naps?

Naps are a great way to get a few extra ZZZs and common practice in many places around the world. Some research suggests taking a midday siesta is associated with reduced blood pressure. Naps are not, however, a substitute for sleep.

For example, if you get six hours of sleep one night and then take an hour nap the next day, your body won’t treat it like you got seven hours of sleep. That’s because you’re not going through the various stages of sleep you typically do when sleeping consistently for a long period of time. In the space of an hour, you’re unlikely to hit critical deep sleep or REM sleep stages, and those are two of the most important, cognition-boosting parts of the sleep cycle.

A full sleep cycle generally lasts about 90 minutes, so anything less than that and you’re going to be missing out. Somewhat paradoxically, experts recommend nappers doze for less than 30 minutes precisely because they don’t want you to go through a full sleep cycle. Forcing yourself to wake up once you’ve fallen into deep or REM sleep is a perfect way to be sluggish and groggy throughout the rest of the day.

Therein lies the limitations of naps. They’re great for a quick rest to refresh your brain and body, but if you sleep long enough to get a full sleep cycle, it’s going to be tough to stay alert for the rest of the day. In short, naps are great, but no substitute for quality sleep.

Sleep deprivation: How to recognize the symptoms

Although the more commonly used term is “sleep deprivation,” what people most often mean when they talk about not getting enough sleep is “sleep deficiency” or “sleep insufficiency.”

According to the Sleep Foundation, “a person who sleeps for a total of eight hours but with many awakenings that fragment their sleep may have insufficient sleep even though their sleep duration technically meets the recommended amount.”

Whatever you want to call it, there are some telltale signs you’re not getting enough sleep. The most common sign is simply excessive daytime sleepiness, but here are a few others:

If you’re experiencing any of these on a consistent basis, talk to your doctor. Both too much and too little sleep can be a sign of underlying medical conditions; for example, excessive sleep is often associated with depression. Whatever might be going on, you owe it to yourself to make sleep a priority.

Sleep and water are two things humans need to stay alive and thrive. And just like drinking eight glasses of water a day, we’re often told human adults should get an average of eight hours of sleep every night. But humans are complex and neither the amount of water nor sleep one needs is one…

Sleep and water are two things humans need to stay alive and thrive. And just like drinking eight glasses of water a day, we’re often told human adults should get an average of eight hours of sleep every night. But humans are complex and neither the amount of water nor sleep one needs is one…