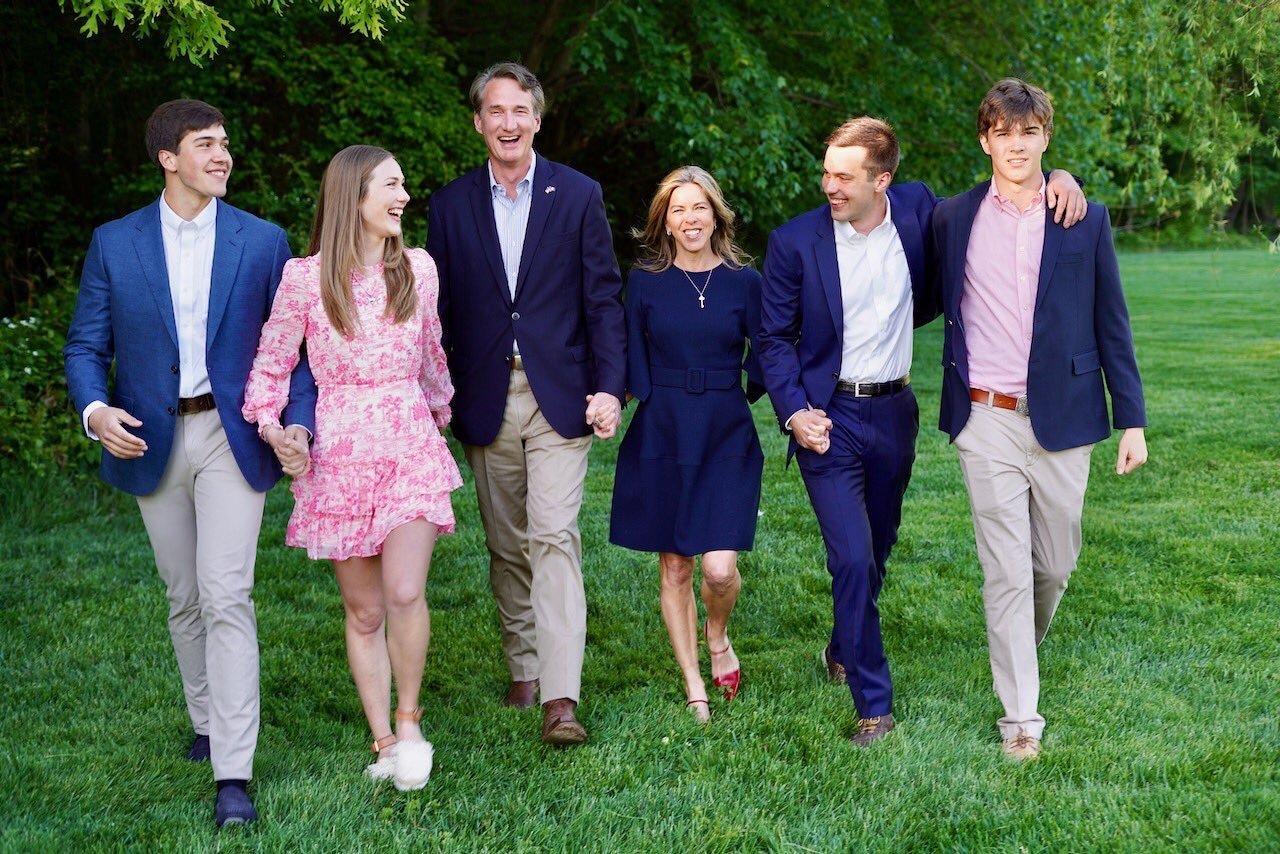 After eight years of progressive activism, Youngkin and Miyares have a Herculean task ahead.

Over the last eight years, Virginia Democrats have been swift to impose their will in violation of political process — a fact that continues to frustrate Virginia Republicans on fronts as wide as economic shutdowns, mask mandates, the tearing down of history and war memorials, the imposition of Critical Race Theory in government schools, and the enforcement of gender ideology in state government.

The list is long and needs to be truncated quickly.

Republicans acted in November, and with the election of Republican Governor Glenn Youngkin there was the hope that incoming Republicans would act with the swiftness and speed demonstrated by the Democrats.

Yet Youngkin has walked into a few checkpoints. Rather than run over top of them, Youngkin has chosen not to de-escalate but adjust on at least two fronts — namely Northam’s cap-and-trade schematic under RGGI and on repealing the mask mandates.

But notice the play here.

Virginia Democrats are eager if not bloodthirsty to dent the Youngkin administration early. Blocking a nomination, calling Youngkin a racist for staying Norfolk State is a great fine arts school (SPOILER ALERT: it is), causing chaos with mask mandates, or throwing up roadblocks whether it is on staff or policy changes — Republicans consistently forget that Democrats own 5 of the 7 institutions all eager to end the honeymoon.

The gambit from the left is to block something that matters to conservatives so as to create division among our own.

Yet the task at hand for Youngkin and Miyares isn’t to pay the Democrats back in their own coin.

The wider task is twofold. First, it is to rewind much of the institutional damage wrought by the political left via policy, but second and almost just as important is the manner by which we do so.

In short, emphasize process over politics.

Youngkin thus far has not disappointed and in fact has surprised many. Rather than most Republicans when faced with adversity, Youngkin has proven to be far more adroit. With RGGI, the decision to withdraw Virginia was handed down to a state board to reinforce the decision — process. Similarly with the mask mandates, Youngkin could have brought things to a showdown this week and demanded that school boards comply with his executive order. After all, that’s what the left would have done. Instead, Youngkin went for process — asking the Virginia Supreme Court to make the decision and reinforce the constitutionality (now there’s a word we haven’t heard in a long time from Richmond) of his lawful executive orders.

If you need to be convinced further that these maneuvers are the result of deliberation rather than tactical withdrawals, look no further than to Youngkin’s fielding of some pretty tough questions on the John Fredericks Radio Show earlier this week, as Fredericks pressed Youngkin rather directly as to whether or not we could make the process move faster:

“I think we continue to do exactly what the attorney general did last week which was make strong requests for an expedited court process. This is one of those moments where it is very clear that the state statute that grants parents a fundamental right to make these decisions is, in fact, the guiding principle.

“This is a small group of counties that are not recognizing parent’s rights. You see over and over again, it is the same school boards that have not been recognizing parents this entire time that continue to dismiss parent’s involvement in their kid’s life. This is why Virginians elected me governor. This is why Virginians elected a majority of Republicans in the House of Delegates, this is why we swept statewide races because Virginians are tired of this.”

That is the salient — if patient — point most of us should hear out. Good leaders don’t react; they act.

Therein lies the task ahead. Virginia Democrats had eight long years to cash out the public trust; Youngkin wasn’t going to fix it in a week. Democrats have a good habit of knowing they should stay engaged after Election Day; Republicans need to do likewise if we are serious about restoring and defending constitutional process.

Meanwhile, this commitment to good process over bad politics is starting to attract the honorable middle — namely State Senator Chap Petersen (D-Fairfax) who is making the case that liberals don’t have to sell out to the progressive fringe in order to govern effectively. From the Daily Wire:

On Monday, Chap Peterson, a moderate Democrat who joined with Republicans to force school re-opening last year, said in an email to the Fairfax County Parents Association that Fairfax’s school board “must define an ‘off ramp’ for mandatory masking. That means plainly stated metrics as well as a final deadline (e.g. Valentine’s Day). They should announce that immediately. The forced masking policy is going to end very soon, i.e. in a few weeks. Otherwise, the General Assembly will again step in…

Progressive leftists have been quite fond of the tactics of direct action — violent protests followed up by the surrender of process to the mob.

While some on the right are begging to pay progressives back in their own coin, the more interesting thing to see here isn’t that Youngkin et al. aren’t weaponizing the latitude created by broken processes against the left.

One does not see a “progressive right” at play here at all. Rather, the Youngkin administration is making a serious, intentional, and deliberate effort to restore the spirit of the laws and the integrity of the process.

Strong processes negate the strength of direct action. Democrats instinctively know this when in the minority and instruct Republicans to play by the rules. When in the majority, Democrats abscond process in favor of direct action: judicial activism, violent protests, or executive orders all aided and abetted by the unelected apparatchiks of the institutions held in thrall to the political left: media, academia, education, entertainment and the bureaucracy.

Yet the longer game here is to create the conditions where such tactics are no longer acceptable to the vast majority of working-class Virginians.

Already, Virginia’s legal system is starting to show resistance to such extra-legal tactics. Already, Virginia’s law enforcement community is being shown the support and gratitude of the vast majority of Virginia’s families who support the rule of law — our laws. Already, the very fact that Youngkin’s EOs are being met with some resistance is evidence that Northam’s habit of ruling and reigning by executive decree is formally outdated — and Youngkin’s measured response demonstrates the way such decrees ought to be handled in future should Democratic governors attempt to override constitutional processes with political will.

Yet both Youngkin and Miyares have a tremendous task ahead of them, one that will require patience from Republicans as they fix eight years of rent seeking from activist Democrats. Rugby players tend to think in terms of reacting with a blue head — cool — rather than a red head (anger) when plays go right or wrong. That’s how we stay in the zone and execute, so to speak.

So too should Republicans as we draw out the poison of direct action from state government.

None of this is going to be instantaneous, but then again, we all knew that going into this. Each of us is going to have to find a space to defend — whether it is our schools, our businesses, our communities — and put some faith and trust in the restoration of process over politics. The direction may not be straight forward, but one can tell that it is heading the right way — and if that drives fear into the ranks of the progressive left then all the better for freedom.

By Shaun Kenney January 25, 2022 After eight years of progressive activism, Youngkin and Miyares have a Herculean task ahead. Over the last eight years, Virginia Democrats have been swift to impose their will in violation of political process — a fact that continues to frustrate Virginia Republicans on fronts as wide as economic shutdowns, mask…

By Shaun Kenney January 25, 2022 After eight years of progressive activism, Youngkin and Miyares have a Herculean task ahead. Over the last eight years, Virginia Democrats have been swift to impose their will in violation of political process — a fact that continues to frustrate Virginia Republicans on fronts as wide as economic shutdowns, mask…

Delegate Nick Freitas Takes House Democrats to Task on Racism: “Not This Time”