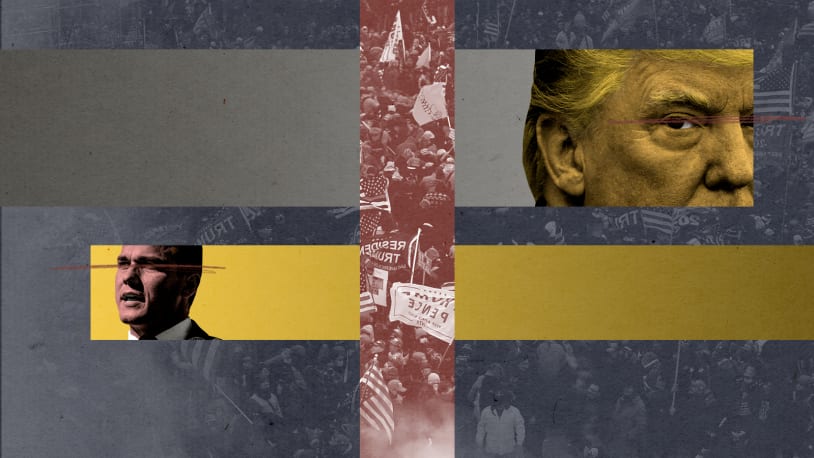 The risky plan to prevent Congress’ Jan. 6 sympathizers from running for re-election

A coalition of progressive organizations is trying to get ahead of the House of Representatives committee investigating last year’s assault on the Capitol. The 14POINT3 campaign, as it’s known, is asking state election officials to disqualify politicians who allegedly were involved with aiding the Jan. 6, 2021, attack. On the surface, these efforts may seem righteous, but they’re premature and could backfire.

The campaign, led by the nonprofit group Free Speech for the People, stakes its claims on Section 3 of the 14th Amendment to the U.S. Constitution. It says no one can serve in elected office who has “taken an oath . . . as an officer of the United States . . . to support the Constitution of the United States, [and has] engaged in insurrection or rebellion against the same, or given aid or comfort to the enemies thereof.” Campaign backers argue that former President Donald Trump, and GOP members of Congress who encouraged or enabled the attack, were part of a rebellion, and therefore should never again serve in public office.

The Stop the Steal participants and sympathizers have shown no shame. Trump is probably running in 2024. Several House members implicated either by the Jan. 6 committee or in media reports are brazenly standing for election this fall. So the 14POINT3 campaign could force the matter. Who’s in its sights, and how soon might we see some action?

Last summer, the group asked the top election official in every state to bar Trump from a 2024 presidential run. More recently, the campaign asked the North Carolina State Board of Elections to block Rep. Madison Cawthorn (R), who spoke at the Jan. 6 rally just before the rioters and demonstrators headed to the Capitol, from seeking a second term. (North Carolina law makes it fairly simple to successfully challenge a candidate’s eligibility, so Cawthorn’s an obvious target.) The elections board scheduled an initial hearing, but it was delayed until courts resolve challenges to the state’s new congressional map.

Section 3 was originally intended to prevent former Confederate military and government officials from serving in public office. A Congressional Research Service report published last year noted that the “disqualification clause” was used several times by Reconstruction Era prosecutors to bar ex-Confederates from getting on a ballot, and by Congress to reject newly elected members. For instance, a North Carolina sheriff was barred from taking office in 1869 by his county commissioners, who cited Section 3.

In 1898, Congress passed a law ending Section 3 challenges against former Confederates. But the section remains on the books. A century ago, the House used Section 3 to block Rep.-elect Victor Berger, a Wisconsin Socialist who was convicted under the Espionage Act, from being sworn in. (Berger’s conviction was overturned, and he later served three terms in the House.)

None of the states petitioned by 14POINT3 have disqualified Trump from a 2024 run because he hasn’t filed for office. And he’s not a convicted felon, which also would bar Trump, Cawthorn, or anyone else from running. So these efforts seem, at the very least, premature.

Still, Cawthorn’s challenge will proceed once the state’s congressional districts are set. Who might join him on 14POINT3’s list of disqualification clause targets?

In an email exchange with The Week, a coalition spokesperson said the group couldn’t share its legal strategy. But we can surmise who might or might not be targeted, based on information already reported. We should rule out Republican lawmakers who merely objected to counting electoral votes when Congress met on Jan. 6, 2021. That’s what Indiana University law professor Gerard Magliocca, who’s working as an expert witness for 14POINT3, said in an interview with Roll Call.

You can push two of them to the back of the line. Brooks and Gohmert are leaving the House. Brooks is running for a vacant Alabama U.S. Senate seat, Gohmert for Texas attorney general. 14POINT3 could pursue them, but the group may wait, as both face competitive primary races.

Unless someone else is indicted by a grand jury in the next few weeks, Greene may be the next subject. She has the earliest primary, May 24, and is in a lopsidedly Republican district. Knocking her off the ballot before the general election might be the campaign’s priority.

Still, if successful, 14POINT3’s efforts have a “sentence first, verdict afterwards” feel, which could backfire. The coalition would bypass established ways of preventing eligible candidates from serving in public office. It would set a precedent for activists with other agendas could use, further eroding confidence in the fairness of elections.

The coalition also is making fake victims of its targets. Cawthorn already is using the 14POINT3  campaign to raise money for his “defense.” Others singled out by the campaign surely will follow.

Previously, I argued that Republicans involved with the 2021 political riots should be held accountable by the legal system. Moreover, those who egged on the rioters should be ousted from politics — by other Republicans.

I stand by what I wrote, but the regular methods for settling elections should prevail. Unless candidates are indicted for or convicted of abetting the Jan. 6 assault, voters should decide the fate of those allegedly involved. The electorate has the right to choose less-than-optimal representatives, and when that happens, they have to live with the consequences of their choices.

A coalition of progressive organizations is trying to get ahead of the House of Representatives committee investigating last year’s assault on the Capitol. The 14POINT3 campaign, as it’s known, is asking state election officials to disqualify politicians who allegedly were involved with aiding the Jan. 6, 2021, attack. On the surface, these efforts may seem…

A coalition of progressive organizations is trying to get ahead of the House of Representatives committee investigating last year’s assault on the Capitol. The 14POINT3 campaign, as it’s known, is asking state election officials to disqualify politicians who allegedly were involved with aiding the Jan. 6, 2021, attack. On the surface, these efforts may seem…

America’s hyperbole habit is the worst thing ever