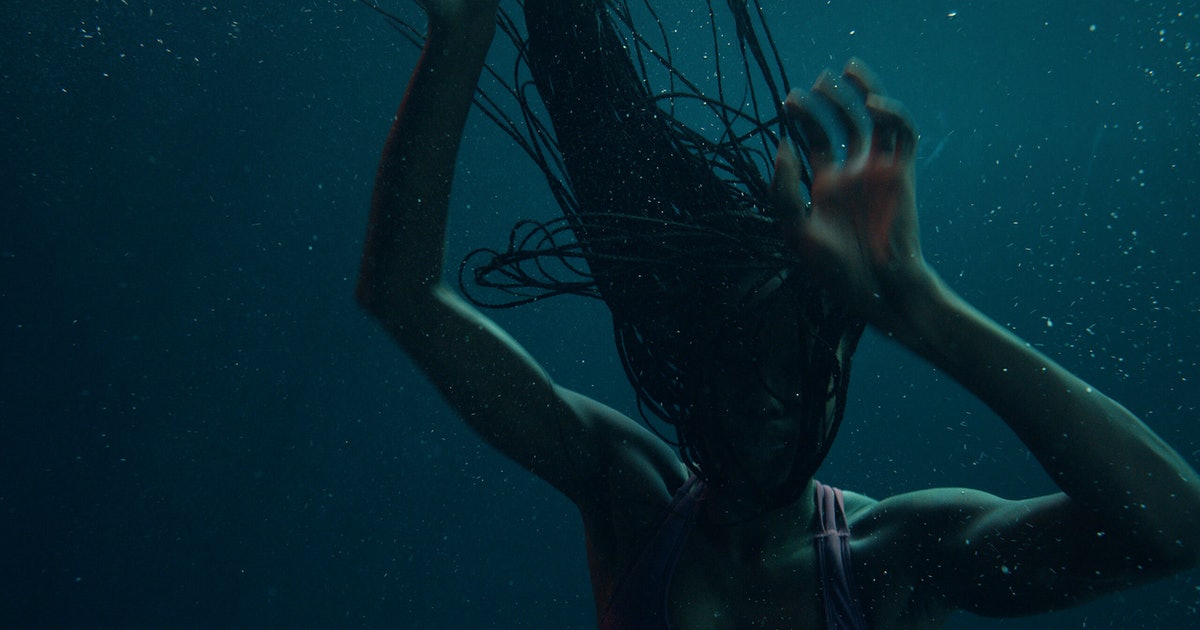 ‘Nanny’ is the best elevated horror debut since ‘The Babadook’

There’s a simple trick to making slow-burn horror films where the scares lurk in the last 20 minutes: Tell a story that’s worth investing in for the other 70. Nanny, the first feature from Sierra Leonean-American director Nikyatu Jusu, tells a story so well that when the time comes for a genre to emerge from beneath her narrative’s surface the job looks surprisingly rushed.

Pulling off the pivot Jusu attempts with Nanny’s third act isn’t easy; that she attempts it at all speaks volumes of her ambitions. She’s an exciting, talented filmmaker. But openly expressing horror after holding it in reserve for an hour takes a bigger bridge than Nanny affords; when the film’s long-dreaded nightmare finally comes true, the highway connecting its identity as horror to its identity as an immigrant’s tale isn’t broad enough to accommodate both.

Mercifully, Nanny’s horror comes organically, baked right into the movie’s DNA rather than assigned as if chosen from a checklist of timely social talking points. That’s crucial. There’s nothing worse than “issues” horror where the issues are over-determined to such an extent that the movie lands like a lecture instead of art.

Nanny is told through the eyes of Aisha (Anna Diop), an undocumented Senegalese immigrant working as a nanny for 8-year-old Rose (Rose Decker), the sole likable member of Rose’s dull and hollow New York City high-rise family that includes her mother, Amy (Michelle Monaghan), and her father, Adam (Morgan Spector). Amy works too much. Adam doesn’t work enough at anything other than two-timing Amy. Aisha is determined to shield Rose from the sight of her parents’ crumbling marriage by teaching her French, feeding her jollof rice rather than the bland prepackaged meals Amy stocks their fridge with, and reading African folk tales to her.

But this is a horror film, so there must be horror. Jusu doesn’t mix metaphors with monsters by suggesting that perhaps the real sinister force at play is Amy and Adam’s toxic, neglectful relationship; there’s a clear line of demarcation drawn between Nanny’s grounded and supernatural elements. The “horror” we feel as Aisha toils for her spoiled, ingrate employers, doting on poor, sweet Rose with a mother’s care, is the too-real horror a woman in her position deals with every day.

All Aisha wants is to save enough cash to relocate her own son, Lamine, to New York. All she gets is a cavalcade of excuses for why she’s missing a week’s worth of pay. Oh, and visions from Anansi the spider, the trickster god of all stories, and Mami Wata, a mermaid figure associated with fertility and new life, portending what Aisha interprets as trouble.

But are they? Jusu straightforwardly suggests that perhaps the gods are merely trying to tell her something rather than take something away from her, which is well and good except that if the gods are well-intentioned then their bedside manners could use finessing. There must be a better way to communicate with Aisha than through creepy, hazardous hallucinations. It’s not The Babadook, but it’s a touch reminiscent of it; stressful images haunting an exhausted mother forever wondering if she’s going to survive.

“The horror we feel as Aisha toils for her spoiled, ingrate employers is the too-real horror a woman in her position deals with every day.”

Nanny calls upon African folklore for frights, but the nanny herself is Diop’s making. As the story slowly unfolds, Diop gives Nanny its beating heart and the audience a bus strap. We’re fastened to her point of view as she tends to Rose, happily tumbles into a romance with sensitive single dad Malik (Sinqua Walls), observes the emptiness of privileged New York City whiteness via the self-oriented lifestyles of Amy and Adam, misses phone calls with Lamine, and helplessly submits to apparitions as they come.

The Senagalease master Ousmane Sembène made his first feature, Black Girl, widely cited as the first Sub-Saharan African picture given wide international attention, in 1966 at the age of 43; Nanny reads as that movie’s contemporary descendant. Black Girl is so haunting that one could call it a ghost story. Jusu, by weaving Anansi and Mami Wata into Nanny’s framework, follows Sembène’s precedent, portraying not only what people leave behind when they make new lives abroad, but what they take with them.

Aisha can’t shake emanations from home, not that she wants to. She doesn’t sacrifice Senegal’s customs or culture for the sake of fitting into Amy’s household, or try to be anyone other than who she is. There’s a good reason Anansi and Mami Wata appear to Aisha: They personify survivor’s instincts and personal sovereignty, essential qualities for immigrants. Jusu wants her audience immersed in this specific, often perilous experience, whether Aisha’s demanding the money Amy owes her or being confronted by strangers at public parks with the threat of the authorities.

There’s much to savor in Nanny, though Jusu’s climax is abrupt. The movie shows her viewers a life not often enough committed to cinema, and mines so much sensation from Aisha’s joys and travails that the muted folklore components feel secondary; they enhance Jusu’s aesthetic and purpose when they’re on screen, but we never miss them when they’re not invoked. All the film requires is either a light trim or another five minutes for the spiritual to fully mesh with the physical; given one or the other, it would be one of the best of Sundance 2022. As is, Nanny is still a superb first showing from Jusu, a storyteller with much to say and, hopefully, a long career ahead in which to say more.

Nanny debuted at Sundance on January 22.

There’s a simple trick to making slow-burn horror films where the scares lurk in the last 20 minutes: Tell a story that’s worth investing in for the other 70. Nanny, the first feature from Sierra Leonean-American director Nikyatu Jusu, tells a story so well that when the time comes for a genre to emerge from…

There’s a simple trick to making slow-burn horror films where the scares lurk in the last 20 minutes: Tell a story that’s worth investing in for the other 70. Nanny, the first feature from Sierra Leonean-American director Nikyatu Jusu, tells a story so well that when the time comes for a genre to emerge from…

Pokimane and Ninja controversy reveals one thing Twitch must change

Netflix thriller asks “What if your mom was John Wick?”