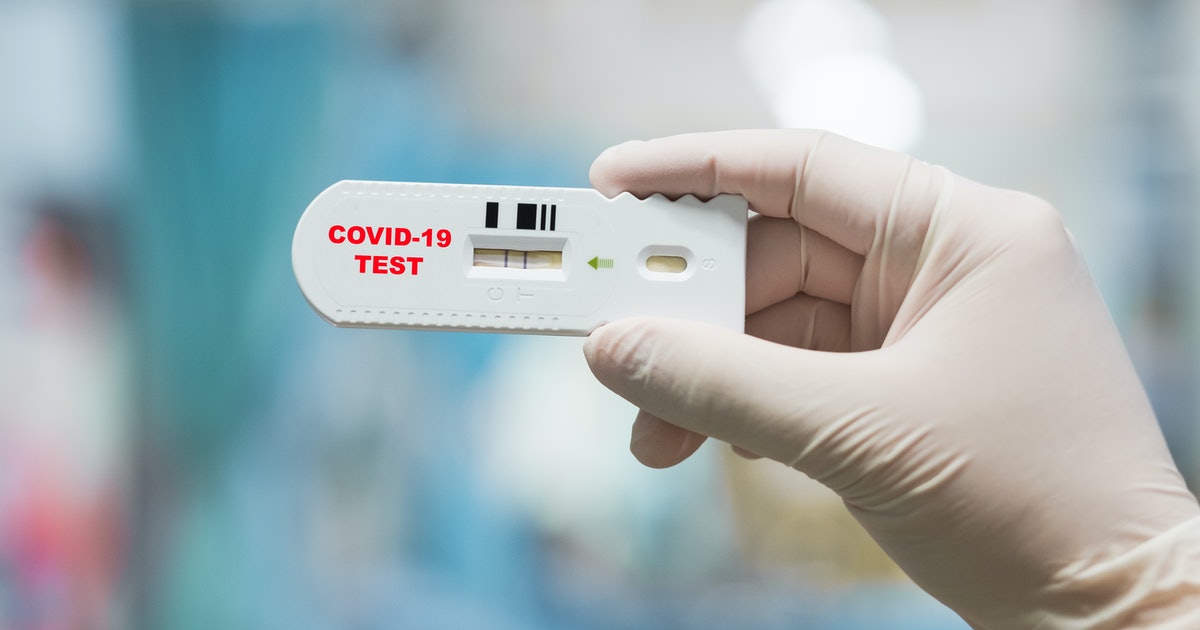 Do Covid-19 rapid tests detect Omicron? That and 3 other questions, answered

Abundant, free, rapid tests, many experts argue, are vitally important for mitigating what we know is fast becoming an endemic virus — Covid-19. But that is easier said than done. Between supply shortages, misinformation, confusing CDC guidelines, and Omicron’s wily ways, testing our way to freedom is far from straightforward.

From the best time to test to the throat versus nose debate, Inverse talks with William Schaffner, an infectious disease specialist at the Vanderbilt University Medical Center, to answer four key questions about how and when to test for maximum accuracy and safety.

Rapid antigen tests like Abbott’s Binaxnow test can indeed detect Omicron, but this comes with a few caveats. First, a pre-print study found that for the first two days of infectiousness, rapid tests may not be able to detect the virus.

One of the researchers, Yale microbiologist Anne Wyllie describes what occurred in their study. On the first two days of infection, “all rapid antigen tests produced false-negative results,” she writes. While the study has yet to be peer-reviewed, its findings are echoed by the FDA and University of California, San Francisco’s Department of Medicine chair Bob Wachter on a recent episode of the podcast “Pod Save America.”

“Rapid tests, very early in the infection, likely have a decreased sensitivity with Omicron,” Schaffner says. “But if you have full-blown Omicron with symptoms, the rapid tests are likely to be positive in that circumstance.”

Even if the test isn’t able to detect Omicron in those early days, you still might be able to transmit the virus to others. So wearing an N95 mask or an equivalent (like certified KN95 masks) while inside public spaces is still the best way to protect yourself and those around you.

PCR tests will be able to detect Omicron early in the infection. These are the tests you get at a lab or doctor’s office and it may take a few days to get results back.

Is it better to rapid test for Omicron in the nose or the throat?

Rapid tests may do a better job at detecting Omicron if you take a test sample from your throat instead of your nose.

That’s the opposite of what was true with the Delta variant and why common Omicron symptoms include a sore throat — something not always seen with past variants. Some experts believe that Omicron replicates more in the throat than past variants and thus it’s better to swab your throat than your nose when rapid testing for Omicron.

In the United Kingdom, rapid tests involve swabbing the throat and then the nose. Experts like epidemiologist Michael Mina talk about how and why to do this on Twitter, even posting how-to videos.

A big caveat here is that the tests available in the U.S. are designed and given emergency approval as nose swabs, so doctors like Schaffner are understandably reluctant to endorse a method of testing that deviates from how the test was designed and approved.

But if you are going to test your throat, then don’t eat, drink, chew gum, or use tobacco in the 30 minutes preceding the test. When swabbing your mouth, follow the instructions given to participants in the South Africa study: Swab the inside of both cheeks, above and below the tongue, on the gums, and the hard palate. Swab each for a minimum of 30 seconds.

The safest bet may be to follow the lead of the U.K. Government and swab both the throat and the nose. You can use the same swab — we just strongly recommend swabbing your throat first.

How many days from exposure can you get an accurate rapid test?

If you want to wait until day three or four to do a rapid test, how should you count those days?

Schaffner says the day of exposure counts as day zero.

If you were exposed Sunday afternoon, you might want to wait until Wednesday afternoon to do a rapid test. Or, if you test before then and get a negative reading, you should test again on Wednesday or Thursday. Some tests recommend doing two tests as standard.

If you’re positive on a rapid test, do you need a negative PCR test to leave isolation?

Much has been made of the fairly confusing CDC guidelines regarding a 5 day quarantine period after a positive Covid-19 test. Currently, the CDC says if you had a positive test but are asymptomatic after 5 days, you can leave isolation, test or no test.

Other experts, like Wachter, believe that it’s smarter to do a rapid test at home on day five and only leave quarantine if that test is negative; this is a policy California has adopted.

What you don’t need to do, says Schaffner, is wait for a negative PCR test.

“A lot of people don’t know that [a PCR test] can be consistently positive after you clear the virus,” he says.

“This test is so sensitive that it can pick up remnants of the virus called dead soldiers. And that can go on for weeks. So I would not use the PCR test, as a ‘Get Out of Jail Free’ card, because you’re going to be in jail a lot longer than you need to be.”

We’re still learning about Omicron, but — at least when it comes to testing— the picture is starting to come into focus: Tests do work, but you may need to wait a few days after exposure to get an accurate result, and you may be better off testing both the throat and the nose.

Abundant, free, rapid tests, many experts argue, are vitally important for mitigating what we know is fast becoming an endemic virus — Covid-19. But that is easier said than done. Between supply shortages, misinformation, confusing CDC guidelines, and Omicron’s wily ways, testing our way to freedom is far from straightforward. From the best time to…

Abundant, free, rapid tests, many experts argue, are vitally important for mitigating what we know is fast becoming an endemic virus — Covid-19. But that is easier said than done. Between supply shortages, misinformation, confusing CDC guidelines, and Omicron’s wily ways, testing our way to freedom is far from straightforward. From the best time to…